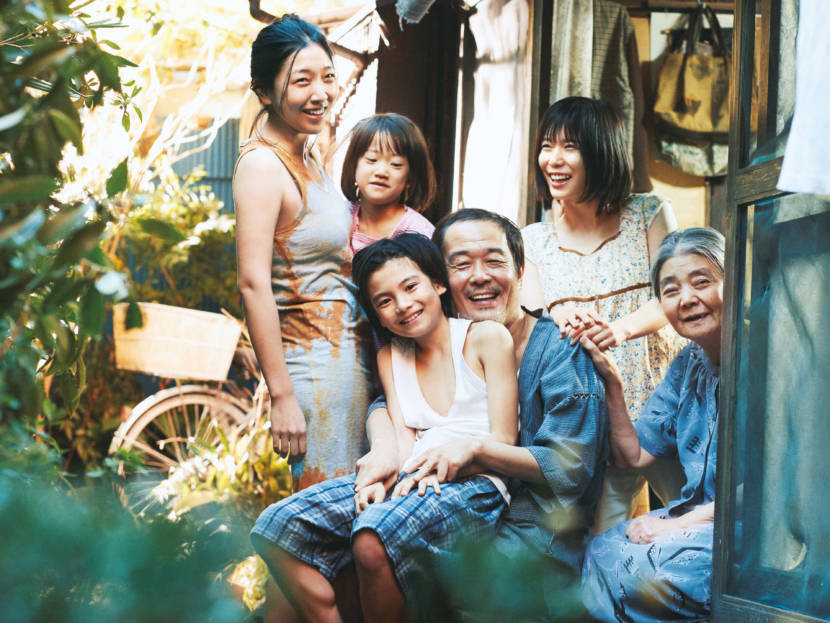 A scene from the film 'Shoplifters,' which will screen at FilmColumbia 2018. Image courtesy FilmColumbia

For the third consecutive year, the festival will present a special tribute to an acclaimed artist with ties to Columbia County. This year’s honoree is Brian Cox, whose award-winning, broad range of work has been showcased in some 200 movies and television programs from “Braveheart” to “Rushmore,” and includes “The Bourne Identity,” “X-Men 2” and “Deadwood.” Eight more currently are in production. Cox has channeled every variety of the human species from King Lear to Hannibal Lecter and has been showered with laurels such as the Laurence Olivier Award and the London Critics’ Circle Award. He also was the recipient of the Commander of the Order of the British Empire in 2003. Cox is presently starring in HBO’s “Succession.” He has been a resident of Columbia County since 1965.

On Sunday, Oct. 21, FilmColumbia 2018 will kick off with two highly anticipated films: “The Other Side of the Wind” starring John Huston as an over-the-hill director trying to make a comeback; and “Can You Ever Forgive Me?”, based on the life of writer Lee Israel, whose career penning profiles of Hollywood stars fell out of favor as the demands of the publishing industry shifted.

Among other noteworthy FilmColumbia 2018 offerings are “Shoplifters,” this year’s Palme d’Or winner at the Cannes Film Festival that also screened at Toronto and New York; “The Hate U Give,” based on a wrenching bestseller and inspired by the Black Lives Matter movement; “Widows,” from Oscar-winning director Steve McQueen, an edge-of-your-seat heist thriller set against the backdrop of politics, passion and blood and featuring Viola Davis, Michelle Rodriguez, Liam Neeson and Robert Duvall; and “Cold War,” from Pawel Pawlikowski, a love story set in the 1950s and early ‘60s about a relationship compromised by a political system that perverted human emotion.

Several artists will participate in question-and-answer sessions with audiences following the screenings of their films, including:

FilmColumbia will screen a slate of regional films including, among others, “Darcy,” about an idealistic 15-year-old who faces a difficult, life-impacting decision and which was shot in Palenville in Greene County; a program of six shorts, including one shot in Canaan; “Write When You Get Work,” a rom-com heist thriller featuring Emily Mortimer and Columbia County’s Scott Cohen that screened at South by Southwest; “When We Grow Up,” shot in Chatham and Ghent, and using an all-female crew.

Also during the festival, FilmColumbia is partnering with PS21 to present “(R)evolution is Uncomfortable” Sunday, Oct. 21, from Hudson-based documentarian, photographer and videographer JD Urban. As part of the ongoing Everyday People Project, Urban will be filming brief conversations with FilmColumbia attendees Wednesday, Oct. 24, through Saturday, Oct. 27, at the Gallery@Chatham, which will be screened the following day at local eateries Pieconic and Our Daily Bread. Some of those interviews may become part of Urban’s upcoming documentary on the making of art.

Rounding out the variety of offerings of FilmColumbia 2018 are a live edition of “Film Jeopardy!” Thursday, Oct. 25, complete with snacks and prizes; the annual Children’s International Shorts Program Saturday, Oct. 27; and FilmColumbia mainstay celebrations the Pub Party Friday, Oct. 26, at the People’s Pub and the post-Sneak Peek party Saturday, Oct. 27, at the Blue Plate.

FilmColumbia 2018 is programmed by Peter Biskind and co-artistic director Laurence Kardish. Biskind is an author, film historian, contributing editor at Vanity Fair and Esquire, and past executive editor of Premiere magazine. His new book, “The Sky is Falling: How Vampires, Zombies, Androids, and Superheroes Made America Great for Extremism,” was recently published. Kardish is senior curator emeritus for film and media at the Museum of Modern Art. Calliope Nicholas is the managing director of the festival.

Screenings will take place at the Crandell Theatre and Morris Memorial. For tickets, more information and a full screening schedule, see the Berkshire Edge calendar or call (518) 392-3445.