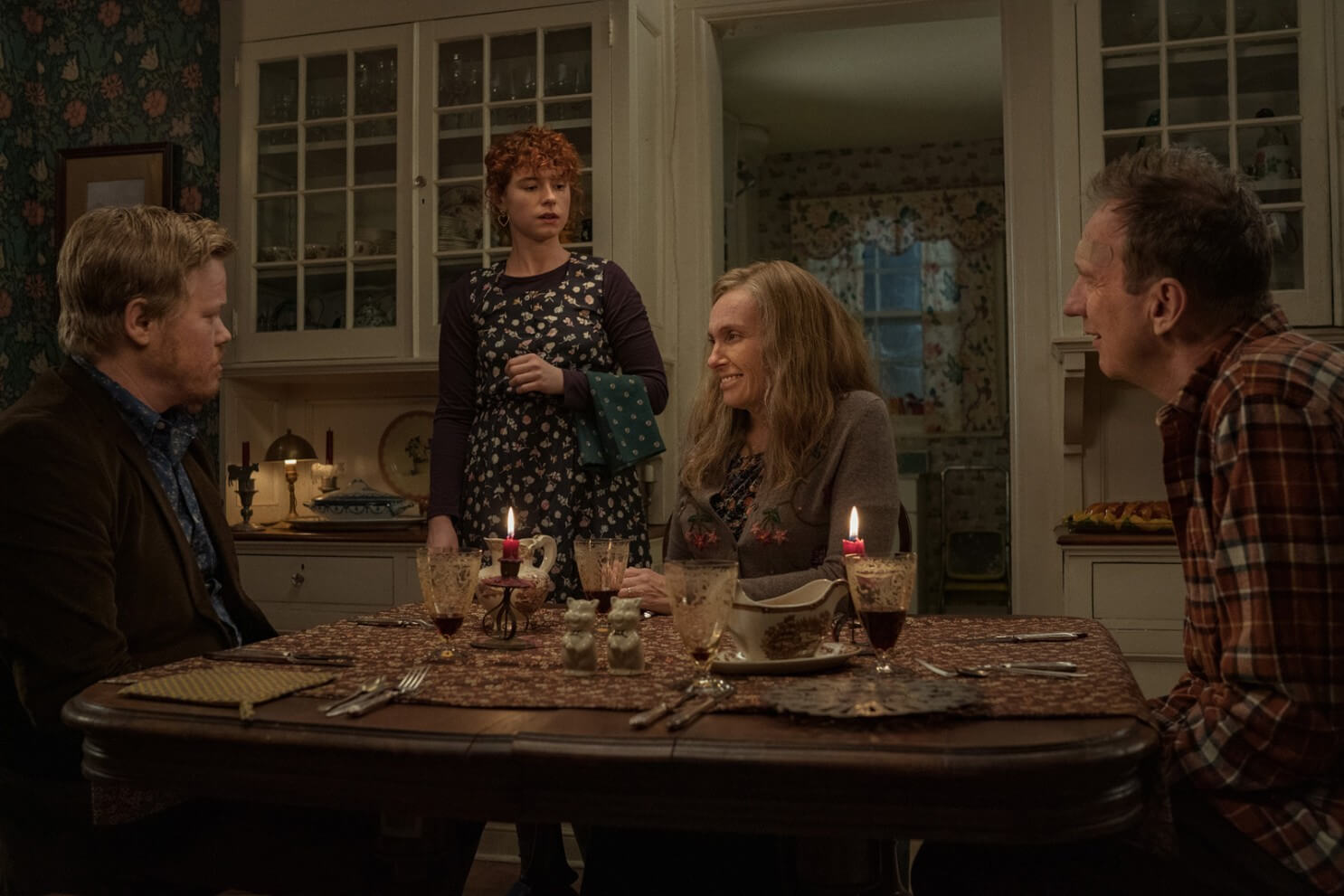 Charlie Kaufman is a wayward, unpredictable and truly original scriptwriter and filmmaker. His films include “Being John Malkovich,” “Eternal Sunshine of the Spotless Mind,” “Adaptation” and “Anomalisa,” the latter a striking film with puppets shot in stop-motion animation that succeeds in projecting a vision of fragile, flawed human beings struggling to break out of their solitude. It’s a theme that, with different variations, runs through Kaufman’s films.

His latest, “I am Thinking of Ending Things,” now streaming on Netflix, is less successful, but it’s still characteristic Kaufman. It breaks from Hollywood conventions and constructs a weird alternative world that resembles our own but is still markedly different. What I like best about the film is the haunting atmosphere of bleakness and loneliness — accentuated by the predominantly gray palette, though there are bursts of color — that Kaufman uses, dominating the film from its onset.

The film opens with two people — a melancholy, unhappy Lucia/Lucy/Louisa, an extremely articulate polymath of a college student (a quietly powerful Jessie Buckley); and a stolid, tedious but smart Jake (an understated Jesse Plemons) — who are dating. (Both offer performances without a false note.) They are on what feels like an endless road trip to visit his parents’ misbegotten farm, which seems to have been left over from a horror film. In a Kaufman film, nothing is quite real; reality is always unclear, as is the self. Here, much of what is happening may be all a wild dream that Lucia — who possibly may be a painter, a poet or a physicist — is dreaming. One of Kaufman’s models is clearly Bunuel, but he’s more self-conscious and more wont to display how very clever he is than the Spanish director. Kaufman loves quoting other people’s texts and showing off his cultural range, from “Oklahoma!” to David Foster Wallace.

This is a road trip from perdition as they drive through howling winds and blinding snow, with Lucia questioning why she is dating Jake and has gone with him on this pointless trip. In the dark of the car, Lucia’s inner voice murmurs that “I’m thinking of ending things.” She goes on in this vein (“I’m living in an existential void”), broken up by high-level talk about a Wordsworth poem with Jake.

At the farm, Kaufman revs up the film’s strangeness. Jake’s parents (skillfully played by David Thewlis and Toni Colette) are seemingly ordinary folks but are a bit off-kilter —the sardonic mother crying out “life is a fast train to hell.” Their conversation feels unnatural and anxious: a psychologically realistic and utterly on-target scene. But Kaufman suddenly cuts to a sad, old janitor wandering through the halls of Jake’s old high school, sweeping its empty corridors, moving away from the pointed familial interaction we have been viewing into something inexplicable.

Kaufman adds to the film’s calculated oddness by having the family disappear, leaving Lucia alone in the house and receiving mysterious phone calls telling her that “There’s only one question to resolve.” When the family reappears, they have become much older and doddering, the mother even moribund.

The return trip is even odder, with a stop at an ice cream place, Tulsey Town, that could be a scene in a horror film. The high school girls behind the counter who do the serving are vapid, laughing blonde twins and a young girl with bruises over her arms. It adds to our feeling of anxiety. The car trudges on in the snow to the high school that Jake once attended. Still, there is time for Lucia to quote verbatim Pauline Kael’s savage review of Cassavetes’ brilliant “A Woman Under the Influence” followed by a dance number out of Hollywood musical where the dancer playing the janitor kills the dancer playing Jake. The film finally concludes with an anti-climactic scene in which Jake is awarded a Nobel Prize with a number of the film’s characters in the audience. It’s all too clever and inventive, open to infinite interpretations, but ones much more connected to Kaufman’s manipulations than the semi-surreal narrative that we are watching. Kaufman is a gifted director whose film would have worked better if it were leaner and more centered on the couple. I am left still groping for what all his cinematic virtuosity means.