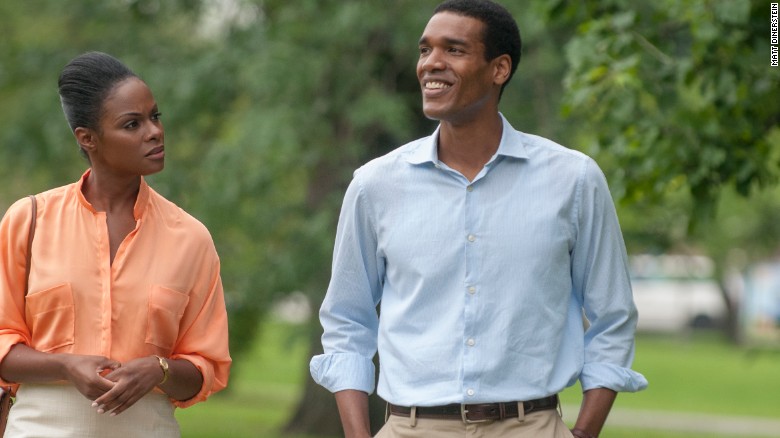 I have been a backer of Barack Obama since he ran in the 2008 presidential primaries. Though I was never given to uncritical adulation (e.g., I was opposed to his early embrace of Wall Street, and I hoped he would provide a much larger economic stimulus), I have admired the self-possessed Obama’s integrity, intellect, eloquence, literary gifts, and reflective style, which has always been wedded to nuance rather than platitude. And to be honest, given the racist nature of our past and present, I have always rooted (maybe too much so) for our first black president to achieve more in office than the white men who preceded him in the last four decades. 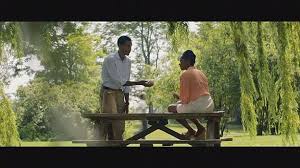 Given that, I was just the right audience for this slight, smart, charming film Southside With You, writer-director Richard Tanne’s debut fictional feature about the 1989 first date between young Chicago lawyer Michelle Robinson and a summer associate at her corporate firm by the name of Barack Obama.

Michelle is played by Tika Sumpter, the film’s co-producer, who confidently and precisely conveys the reserve, self-protectiveness, intelligence and discipline that, one is convinced, characterized the young and formidable Michelle — though Sumpter may too self-consciously mimic the enunciation of the crisp, controlled speech of Michelle.

The film spends too much time on Michelle fending off the notion they are on a date. But the innocuous banter is only a prefatory note to the day they share. They go to an art exhibit, take a walk and eat lunch in a park, watch Spike Lee’s Do the Right Thing and share their religious beliefs and family histories. We learn that Michelle loves her respectable, ambitious, close working-class family that has shaped her success. Barack, in turn, had a much more fragmented, complex family history — growing up in Indonesia with his mother and new husband, and Hawaii, where his grandparents raised him. He affirms his love for his singular, unconventional white mother, but expresses his hostility to the Kenyan father he barely knew. In the film he speaks resentfully of him as a man who lived an “incomplete” life.

Still, the film doesn’t delve too deeply into the psyches of our magical couple. On one level it’s a romantic comedy that offers a somewhat sanitized version of an inner city Chicago summer — as seen through a nostalgic haze. But there’s a bit more to the film than its sweetness. A cocky Barack makes an inspiring spontaneous speech to a community meeting filled with nearby public housing residents. It’s an empathetic and politically shrewd speech, and by the end he has the residents’ full support, and in strong reaction shots a skeptical Michelle’s admiration. The political perspective that Obama conveys here — bringing about change by going step by step, and accepting the limits of what can be done in a democracy — were prime tenets of how he governed as President.

The community meeting is clearly a carefully constructed set piece, but it’s an effective one. It ultimately leads to the predictable first kiss of a couple that we know was always meant for each other. Yes, this film makes no attempt at being truly realistic and skirts close to hagiography, but is too perceptive to be totally enveloped by it. If we accept the film’s limited ambitions, it’s a pleasure to watch.

“Southside with You” is now playing at the Triplex Cinema in Great Barrington. Click here for showtimes; to buy tickets, click here.