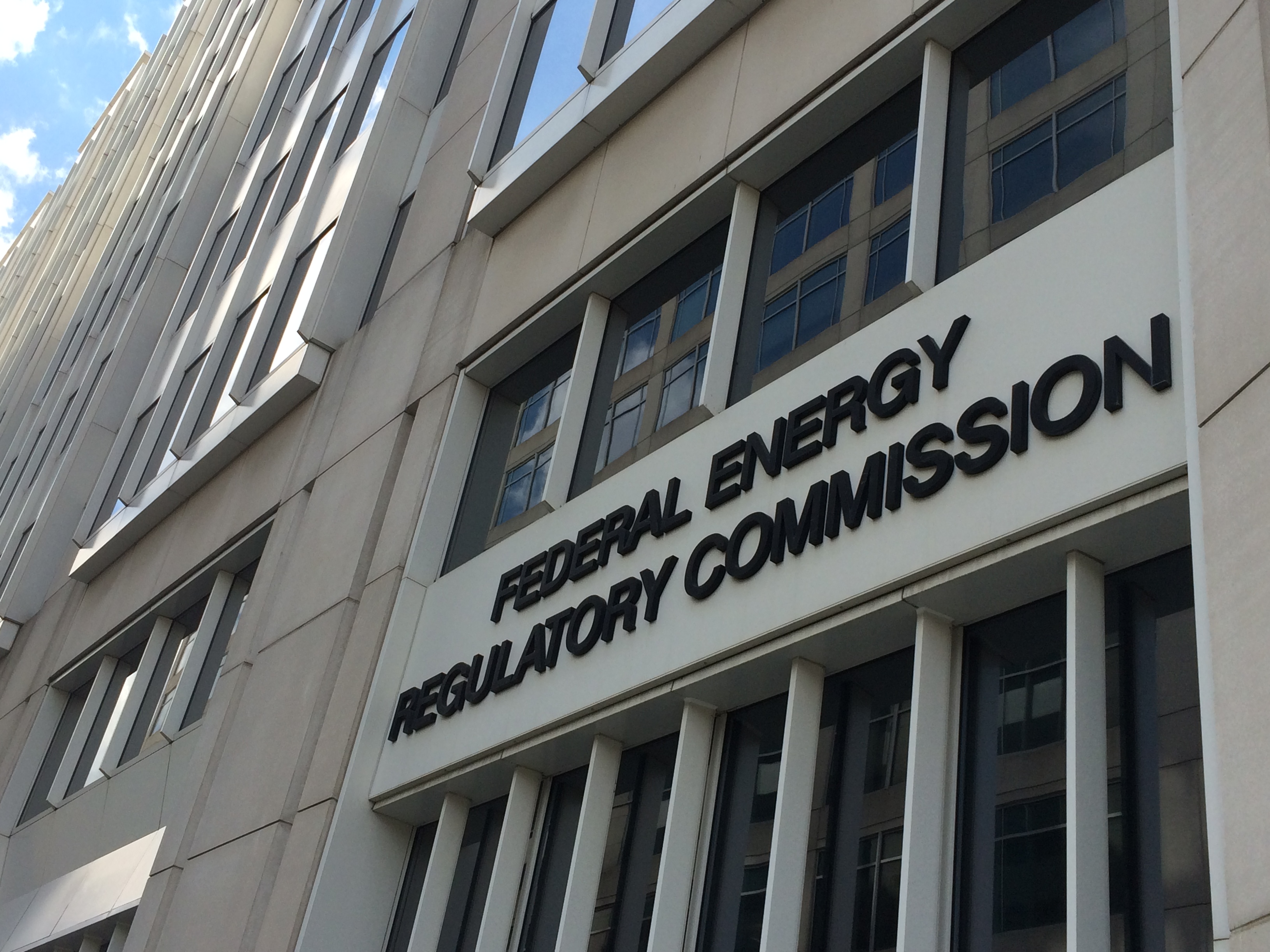 Washington, D.C. — The future of the Otis State Forest in Sandisfield, Mass., has taken several twists and turns in the last few weeks. As of Friday (March 25), it appears that the protected area, which has been slated for a pipeline “loop” as part of Kinder Morgan’s “Connecticut Expansion,” has achieved a sudden, unexpected reprieve – at least, for now.

In a Request for Additional Information issued to Kinder Morgan’s subsidiary, Tennessee Gas Pipeline Company (Tennessee), the Federal Energy Regulatory Commission (FERC) is now requiring, among other things, clarification “that Tennessee would not fell trees in areas where it has not obtained an easement or purchase of property…including lands protected under Article 97 of the Massachusetts State Constitution.” (The full text of the FERC letter is reproduced at the end of this article.)

The Company has so far struggled unsuccessfully to obtain those easements.

First, Tennessee tried to obtain them from the Massachusetts Department of Conservation and Recreation (DCR) on a voluntary basis. When that failed, the Company asked Garrett Bradley (D-Hingham) – stepping far beyond his district to accommodate Tennessee – to sponsor a bill that would have transferred the easements. Currently languishing in the Joint Committee on State Administration and Regulatory Oversight “for further study,” the bill has an uncertain future.

The Company then turned to the judiciary, filing a motion in Berkshire County Superior Court on March 16 seeking condemnation of the existing DCR-owned easements and an injunction authorizing immediate entry into the forest to begin tree-clearing activities.

Tennessee stated in its Memorandum to the Superior Court that it must proceed with haste to enter the land so that the pipeline will be operational during the winter of 2016-2017. To achieve that goal, the Memorandum stated, the Company must begin construction this June, and therefore must clear trees before May 1 at the latest, a date related to habitat protection rules under the Endangered Species Act.

The Otis State Forest has long been protected under Article 97 of the Massachusetts Constitution, which establishes the right of the people to conserve forest, water, air and other natural resources. Protections can be removed only by two-thirds vote of both the Massachusetts House and the Senate.

When the acreage was purchased by the State for $5.5 million in 2007, the Boston Globe reported, “In one of the largest and most ecologically significant public conservation deals in recent years, the state has acquired a 900-acre parcel in the southern Berkshires that contains pristine old-growth forest, including Eastern hemlock trees that predate the Pilgrims’ arrival at Plymouth.”

Bob Wilber, director of land protection for the Massachusetts Audubon Society, which played a critical role in securing the deal, said of the hemlocks, “They sprouted out of the ground about the time Shakespeare was writing.” Only 45 such “core forests” remain between Virginia and Maine.

Then, in a separate action in federal court, STOP filed a Notice of Intent to bring a citizens’ suit against both FERC and Tennessee for violating the Clean Water Act.

STOP alleged that the Certificate of Public Convenience and Necessity that FERC issued on March 11 – without which a pipeline cannot proceed – was illegal because Tennessee had not received certification from the Massachusetts Department of Environmental Protection (DEP) that the project would not harm the quality of ponds, streams or lakes in the area. Such certification is a requirement of the federal Clean Water Act.

Last Thursday, in what might have been the deciding factor for FERC, the Massachusetts Pipeline Awareness Network (MassPlan) filed with FERC an opposition to Tennessee’s notice to proceed with tree felling.

Like STOP, MassPlan pointed out that Tennessee has not received a Section 401 water quality certificate from the Massachusetts DEP.

Mass Plan also noted that Tennessee had not established a right under Massachusetts law to gain immediate entry into Otis State Forest, shrewdly pointing out that FERC itself had stated in its March 11 Certificate that it is not “unreasonable for an applicant to comply with both the Commission’s and state or local agency’s requirements” if the state or local requirements differ from FERC’s.

MassPlan further stated that the Certificate required, in the event of a state or local conflict, that the parties should bring the matter before a Federal – not state – court.

In defiance of FERC, Tennessee had filed in state court, and had also failed to follow through with the constitutionally-mandated legislative process for the disposition of publicly held land set forth in Article 97 of the Massachusetts Constitution, MassPlan asserted.

FERC filed its request for additional information from Tennessee the next day, making it clear that the Company’s failure to obtain easements, and to comply with the Clean Water Act are serious issues that must be resolved.

The Commission also directed Tennessee to “provide evidence [that it had] received clearance [to protect] bald and golden eagles” from the appropriate Massachusetts and Connecticut state agencies.

Asked whether she felt that MassPlan’s filing had turned the tide on the project, Kathryn Eiseman, Director of MassPlan, said, “ I believe that MassPLAN’s filing, and opposition lodged with FERC by other stakeholders, played a role. I made sure to get the condemnation complaint on the record because FERC might not have known that easements have not been granted through Otis State Forest.”

“FERC doesn’t like to get involved in condemnation fights,” she added. “They want someone else to work it out – whether the legislature or the courts.”

According to Kinder Morgan’s web site, “looping” involves the installation of new pipeline segments adjacent to and connecting with existing pipelines to add incremental capacity.

Two underground natural gas pipelines currently run through the Otis State Forest. However, both were constructed when the land was privately held, in 1951 and 1985 – well before the land was placed under the protective umbrella of Article 97. Tennessee is now attempting to add a third pipeline adjacent to the others.

In light of FERC’s requirements, it would not be surprising if, at the hearing on March 31, motions were made by intervenors to remove the case to the appropriate federal district court. Since the STOP citizens’ suit under the Clean Water Act will be filed in federal district court, there may also be a motion to consolidate the related cases.

STOP has retained an experienced Washington, D.C., plaintiffs’ pipeline attorney, Carolyn Elefant, to represent the group. According to her press release concerning the notice of intent to file a citizens’ suit, her firm has been involved in pipeline cases throughout the nation.

On March 21, state Rep. William “Smitty “Pignatelli (D-Lenox) took an exploratory walk through the protected forest, joined by Sandisfield Board of Selectman Chair, Alice Boyd; arborist Tom Ingersoll; STOP member, Jean Atwater; and Managing Editor of the Berkshire Edge, Heather Bellow. The group was struck by the beauty of the area, and by the foresight of the State in purchasing and preserving it.

When news of Friday’s FERC action reached Smitty Pignatelli, he said, “This is very exciting news. While very few people see the need for this gas line, all that we have ever asked of Kinder Morgan and FERC is to follow the process, be open and be fair to this beautiful community of 800 residents. Large corporations should not be allowed to bully themselves through the process and governmental agencies are expected to represent the taxpayers, no matter where they stand on a particular topic.”

The text of the FERC request for additional information from Tennessee Gas Pipeline:

In Reply Refer To:

Re: Request for Additional Information in Response to the Request for Limited Notice to Proceed with Tree Felling

Provide the information described in the enclosure to assist in our analysis of the Implementation Plan and request for a limited Notice to Proceed dated March 22, 2016 for the Connecticut Expansion Project (Project). This information must be provided before we can complete our review. File your response in accordance with the provisions of the Commission’s Rules of Practice and Procedure. In particular, 18 Code of Federal Register (CFR) 385.2010 (Rule 2010) requires that you serve a copy of the responses to each person whose name appears on the official service list for this proceeding.

File a complete response as soon as practicable. The response must be filed with the Secretary of the Commission at:

If certain information cannot be provided within this time frame, indicate which items will be delayed and provide a projected filing date.

When filing documents and maps, be sure to prepare separate volumes, as outlined on the Commission’s web site at www.ferc.gov/help/filing-guide/file-ceii/ceii-guidelines.asp. Any Critical Energy Infrastructure Information should be filed as non-public and labeled “Contains Critical Energy Infrastructure Information – Do Not Release” (18 CFR 388.112). Cultural resources material containing location, character, or ownership information and any identifying information regarding affected landowners should be marked “Contains Privileged Information – Do Not Release” and should be filed separately from the remaining information, which should be marked “Public.”

File all responses under oath (18 CFR 385.2005) by an authorized Tennessee Gas Pipeline L.L.C. representative and include the name, position, and telephone number of the respondent to each item.