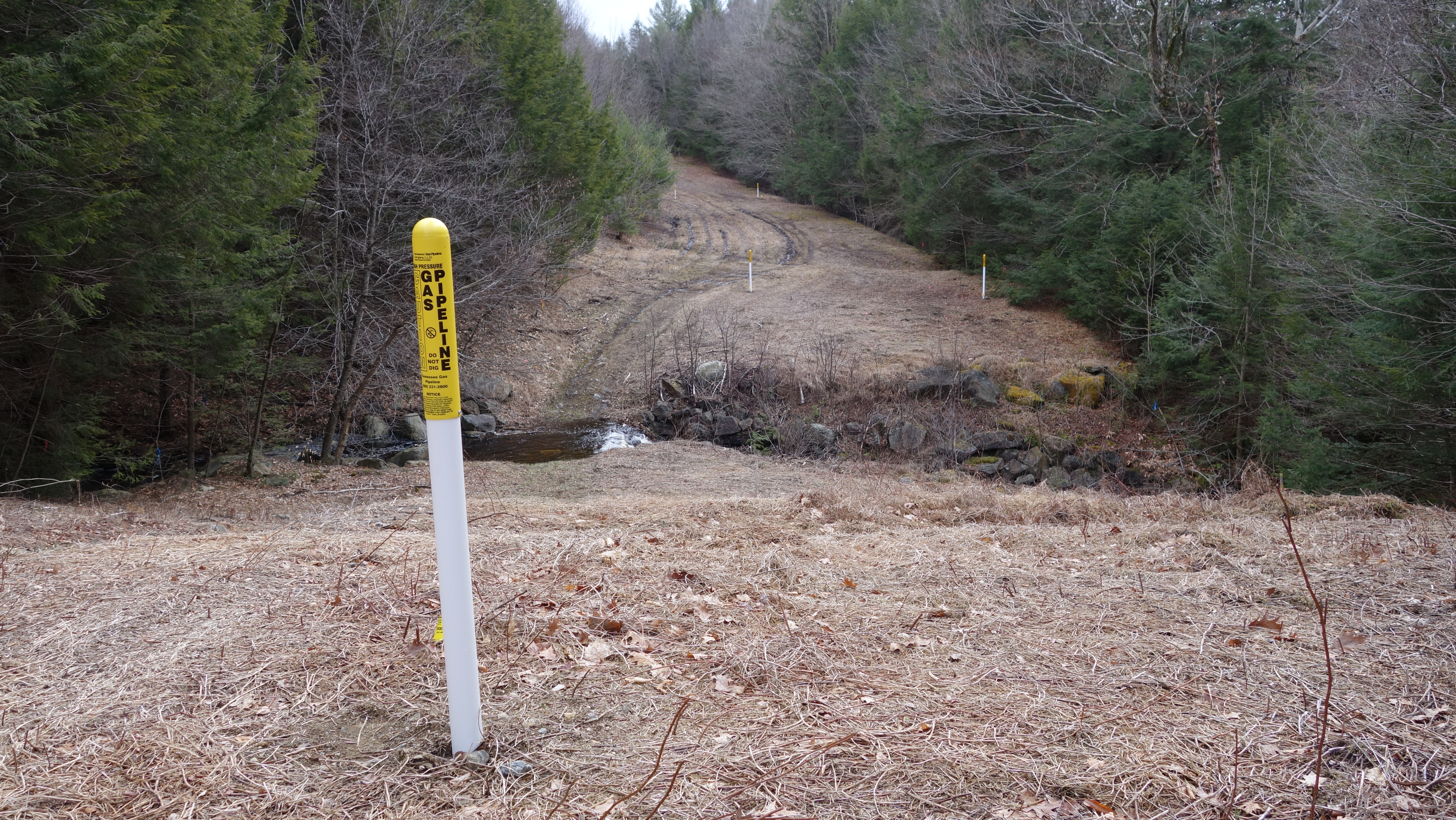 Washington — Massachusetts’ political heavyweights and environmental groups are not giving up on the Otis State Forest without a fight.

On April 24, Congressman Richard Neal wrote the Acting Chair of the Federal Energy Regulatory Commission, urging her to revoke the Notice to Proceed that gave the green light to Tennessee Gas Company to begin tree-cutting and construction. (See letter below)

Nonetheless, Congressman Neal has demanded that decisions made by FERC regarding the Connecticut Expansion Project should be deferred until a quorum is reached and all vacant FERC commissioner seats are filled.

Neal, who represents Massachusetts 1st District, also asked that FERC hold the rehearing requested by Sandisfield residents on the FERC Certificate that was issued March 11, 2016.

Having represented western Massachusetts in Congress since 1986, Neal is Dean of the Massachusetts and New England Congressional Delegations. “It is my belief,” he wrote, “that the rehearing should occur before a single tree is cleared and construction on this project commences.”

Last week, United States Senators Edward Markey and Elizabeth Warren also sent a letter to Acting Chairman LaFleur, warning her that she had no quorum to proceed, and saying, “If Tennessee Gas is allowed to proceed….there will be irreparable harm done to Otis State Forest, a natural treasure of Massachusetts.”

Massachusetts Pipeline Awareness Network (MassPLAN) requested – on April 24 as well – a rehearing on the Notice to Proceed, claiming that it was issued “beyond the FERC Staff’s delegated authority under the Natural Gas Act and FERC regulations and orders.”

MassPLAN claimed that FERC’s Notice to Proceed was issued erroneously because FERC failed to involve the public in section 106 consultations about ceremonial stone landscapes, as required by the National Historic Preservation Act.

Challenging the fundamental need for the pipeline, MassPLAN stated that FERC should have reevaluated the need for the gas shipments based on new data concerning reduced capacity requirements before issuing the Notice to Proceed.

With only two commissioners, FERC has no quorum for decisions

Like many agencies in the nation’s capitol, FERC is operating without its necessary quota of politically appointed top officials because the current Administration has simply not made numerous appointments.

FERC is a bipartisan commission that can have up to five commissioners. No more than three can be from the same party. Right now, there are two commissioners, and the term of one, Commissioner Colette Honorable, expires June 30.

As Senators Markey and Warren pointed out in their letter, in a different pipeline case, FERC replied to a letter from the Senators that it was unable to hold a rehearing because it had no quorum.

The Senators stated witheringly in their April 18 letter on the Connecticut Expansion, “If FERC cannot act on requests for rehearing because it is without a quorum, it should not allow FERC staff to authorize projects that are the subjects of rehearing requests to go forward.” 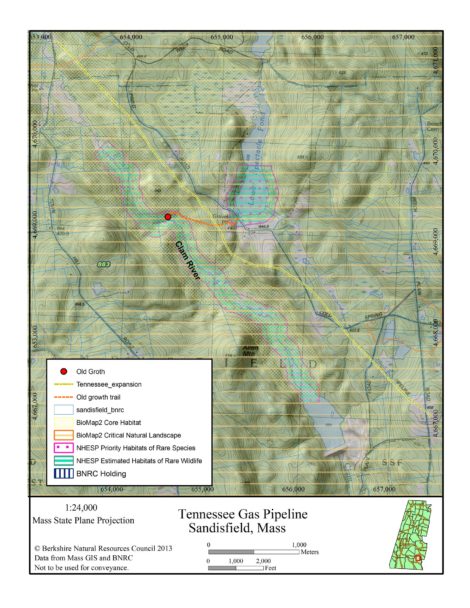 MassPLAN, was joined in its Motion to Stay the Notice to Proceed by the Berkshire Environmental Action Team, the Nolumbeka Project, StopNED, No Fracked Gas in Mass, North Quabbin Energy, and the Nashoba Conservation Trust.

Requesting a rehearing, MassPLAN points out that the Connecticut Public Utilities Regulatory Authority conditioned its original 2013 approval of the gas to be shipped by pipeline for Connecticut gas utilities.

If the gas turned out to be not fully needed, the gas utilities were required to submit a modified capacity plan.

Now that Connecticut demand projections from 2013 have proved incorrect, with demand for gas far less than was projected, “the changed realities in the Connecticut energy landscape render the Commission’s findings of ‘need’ for this Project outdated and erroneous,” according to MassPLAN.

MassPLAN also points out that the cancellation of the Northeast Energy Direct (NED) Project freed up the NED Connecticut Loop for use as part of the Connecticut Expansion.

Use of the former NED route would avoid impacts to Massachusetts’s conservation land, spare the destruction of sacred ceremonial stone landscapes, and avoid unnecessary preemption of the Massachusetts constitution, according to MassPLAN.

Opponents of the Massachusetts loop of the Connecticut Expansion have long fought to preserve the old-growth forests of Otis State Forest and pristine Spectacle Pond. Could political persuasion and forceful legal arguments give the Forest a last-minute reprieve? 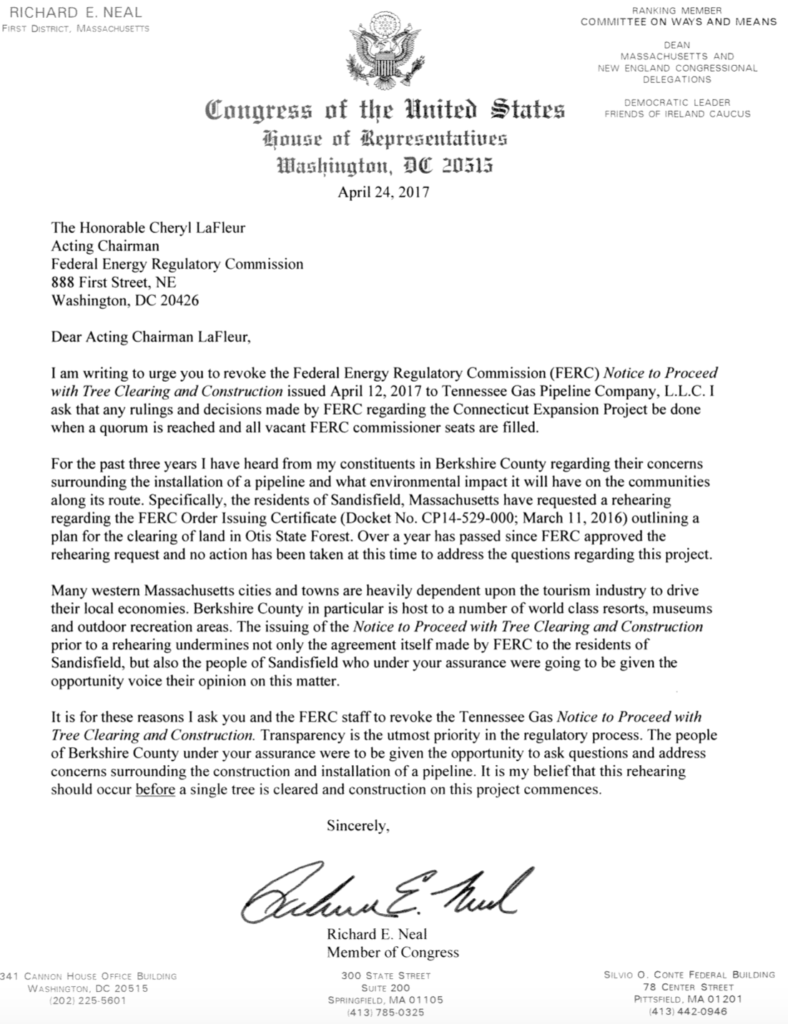