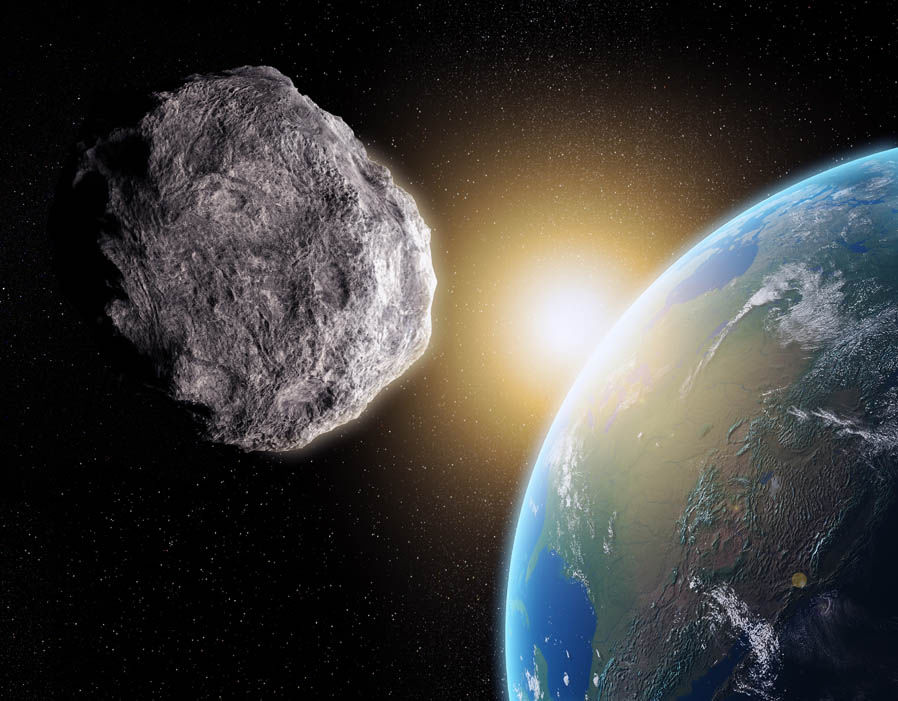 There are millions of asteroids in the solar system, usually found in the asteroid belt between Mars and Jupiter; however, those that pass the Earth are called Near-Earth objects. Image courtesy express.co.uk

Mount Washington — The Northeast Astronomy Forum is a magnet for amateur astronomers, professionals, and those simply curious about astronomy and space exploration. Over Earth Day weekend – which included worldwide Astronomy Day, April 21 – I was one of thousands who streamed along the paths to NEAF venues on the Rockland Community College campus, an hour northwest of New York City. I’ve attended for many years, and the experience is all that going to a mecca of astronomy enthusiasts can be. For me, the gathering centered around two days of riveting lectures that, this year, included “Einstein was Right! Completing the 1919 Relativity Experiment at the 2017 Solar Eclipse,” “The History of the Universe from the beginning to the end: Where did we come from, where can we go?” and “Preventing an Asteroid Extinction.” Other presentations addressed spacecraft design with representatives of Boeing, SpaceX and Lockheed Martin; cutting-edge weather forecasting from the National Oceanic and Atmospheric Administration; and a panel of young astronomers passionate about “The Future of Amateur Astronomy.”

NEAF hosts over 100 exhibitors and vendors from across the country and the world, filling the college’s Field House with astronomy equipment and services, both high and low tech. Publishers, astronomy clubs, observatories, vacation destinations and advocacy groups are prominent participants. I took time to join the staff at the International Dark-Sky Association booth to answer visitor questions about IDA lighting recommendations and to commiserate with and encourage stargazers and astrophotographers whose communities are losing their dark skies to light pollution. I met remarkable activists who are leading efforts to take the straightforward steps required to reclaim starry skies from the haze created by poor lighting – and I angled at persuading the uncommitted to join the work of the International Dark-Sky Association.

My last stop before driving away was a courtyard where enthusiastic guides helped all ages to look into eyepieces of telescopes equipped with various filters for safe solar viewing. I was delighted to find one scope set up to gaze at Venus. The planet was like a miniature daytime gibbous moon in a field of light blue sky, in her position following the sun.

After three hours on the road, I arrived at my front door in time to see, with naked eyes, dazzling Venus, now the Evening Star, above the forest to the west.

Access the substance of the conference speakers’ talks at the following links: