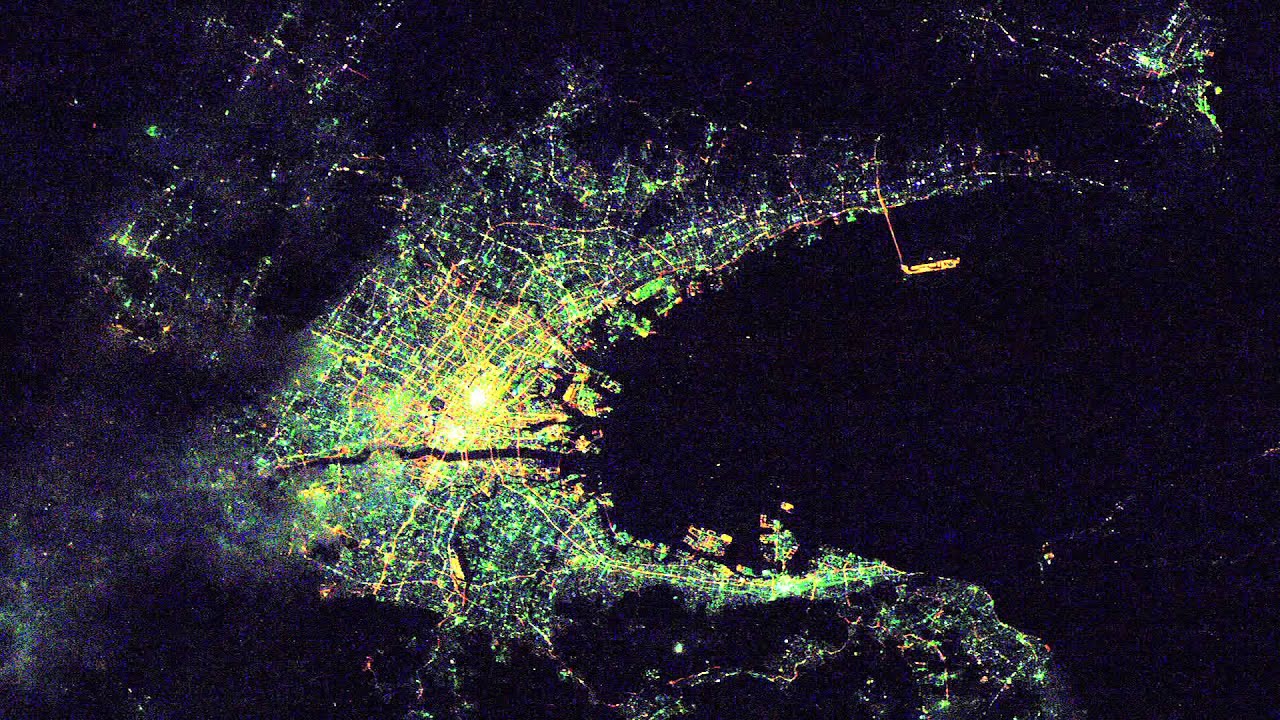 An unidentified city photographed from the International Space Station.

Mount Washington — Astronaut Neil Armstrong stepped down the ladder of Apollo 11’s lunar module, “Eagle”; as his boot touched the surface of the Moon, he famously said, “A small step for a man, a giant leap for mankind.” People have always looked up to the sky: by observing the Sun, Moon and stars, we become aware of the passage of time, the progress of the seasons, our location on the Earth and the grandeur and mystery of the universe to which we belong.

While the world celebrates the 50th anniversary of the July 20, 1969, Apollo 11 moon walk – and we are continually awed by the results of space exploration since – it is sobering to learn that in 85 percent of locations on Earth, only a few stars are visible when looking up to the sky at night. In many Berkshire towns, the sky is not completely veiled; in some rural areas, the Milky Way glows. But the pollution that blocks the view to space and disrupts biological functions in humans and wild nature, light pollution, is a growing threat.

In Massachusetts, the recently formed International Dark Sky chapter is supporting the bill (previous bills have been filed but not advanced) known as An Act Improving Outdoor Lighting and Increasing Dark Sky Visibility. Senate and House versions, S.1937 and H.2858, are the same. Read the bill at https://malegislature.gov/Bills/191/S1937.

In previous posts I have given contact information for Sen. Adam Hinds, a co-sponsor of the bill, and Rep. Pignatelli, who is also in favor of it. The office of Sen. Hinds recommends that constituents express our vigorous support directly to the chairmen of the Joint Commitee on Telecommunications, Utilities and Energy. They are Sen. Mike Barrett (617) 722-1572, Mike.Barrett@masenate.gov and Rep. Thomas Golden (617) 722-2263, Thomas.Golden@mahouse.gov.

Take a small step for better lights in Massachusetts. Build momentum for a leap that moves the measures in the bill, An Act Improving Outdoor Lighting and Increasing Dark Sky Visibility, into practice. The preferred address to send testimony is this one: Magdalena.Garncarz@mahouse.gov.

Informative interview with Kelly Beatty of the International Dark Sky Association. See it here or at https://www.wgbh.org/news/local-news/2019/03/27/dark-sky-bill-on-the-horizon: