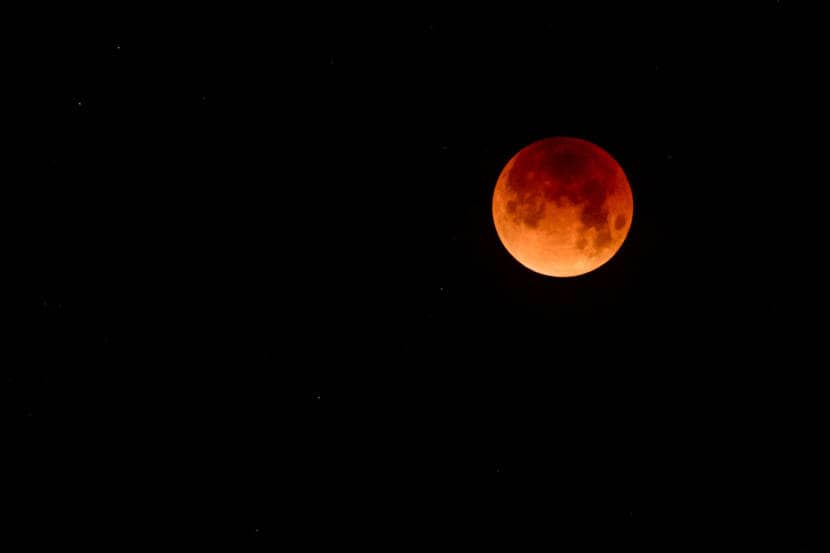 Mount Washington — “When you think about it, there aren’t many celestial objects that change color. … But now, on January 20, the Moon will have real color, deep color.” Bob Berman, astronomer*

The year begins with celestial dynamics that excite our appetite for beauty and spark our capacity for wonder. The most dramatic event is a total eclipse of a perigean (closest to Earth) Full Moon that begins Sunday night, Jan. 20, and concludes past midnight. It happens to be a holiday weekend, so plan for a late night out on Sunday. See January’s shining Full Wolf Moon go dark, the stars appear in a nearly moonless sky and the brilliant orb return to full light, outshining all but the brightest distant suns.

Equally wonderful but in slower motion, unfolding in increments every day before and into dawn, is the seeming attraction between exquisitely brilliant planet Venus and bright, steady planet Jupiter. For a few minutes every clear morning, look to the east-southeast for the riveting sight of the changing relationship between these, the third and fourth brightest lights in the heavens – after the Sun and Moon. By the morning of the 20th, Jupiter will appear nearly lined up below Venus, approaching conjunction (closest approach).

Planet Venus, which appears about 20 degrees above the southeast horizon an hour before sunrise on the 7th, loses 3 degrees by the 20th. At the same time, Jupiter appears about 10 degrees above the horizon on the 7th and gains 5 degrees by the 20th. The goddess planet is brilliant until 45 minutes before sunrise, bright until about 6:45 a.m., which is about half an hour before the Sun follows the planets into the sky. Note that lower magnitude Jupiter fades from view before Venus.

Translating the lunar eclipse graphic from Universal Time (UT) to Eastern Standard Time (EST), the visible portions of the upcoming lunar eclipse are as follows, courtesy of EarthSky.org**:

When viewing and communicating about lunar eclipses, the Danjon scale*** is a tool used to identify the appearance and luminosity, as follows:

Share your celestial experiences, in full color, in the Comments section: the morning planets and dark of night total lunar eclipse.