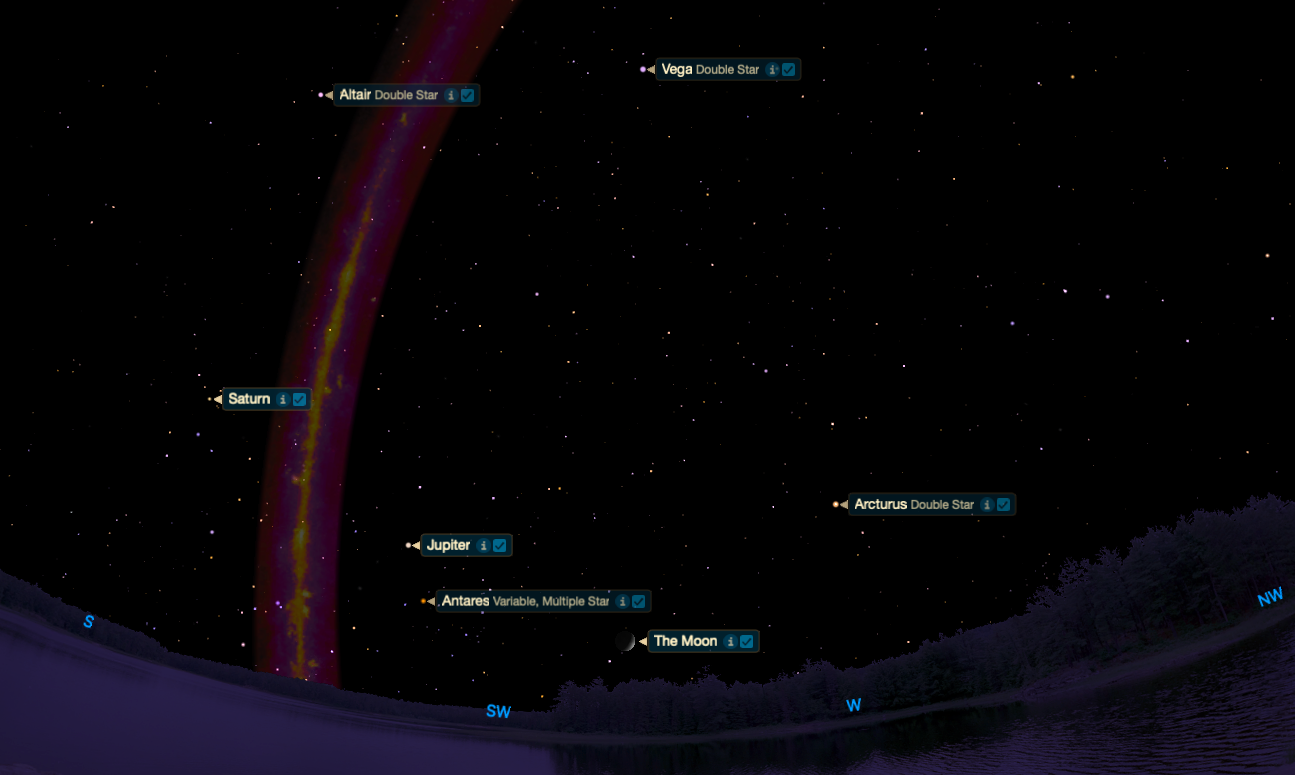 Sept. 3, 2019, at 9:12 p.m. The red band represents the Milky Way. At the top, Altair and Vega are stars of the Summer Triangle. Illustration: Judy Isacoff/Starry Night

Mount Washington — As September begins, it seems abrupt that the dark of night comes early, the light of day comes late and a new chill in the air reverses embedded routines for how to respond to summer heat. All the while, when looking up to the universe of familiar stars and star patterns, sky watchers respond to the age-old markers of the passage of the year. The progress of the seasons is written all over the sky.

At nightfall the Great Square of Pegasus, harbinger of autumn, is sketched on the heavens above the eastern skyline. It is a star pattern, or asterism, shaped by four nearly equally spaced stars, three from the constellation Pegasus and one from Andromeda. Summer, seen in the figure of the huge Summer Triangle, is found high above the Great Square in a southerly direction. The Summer Triangle, an asterism composed of the brightest stars of three summer constellations, climbed above the east-northeast horizon as darkness fell in June, close to the summer solstice, just as the Great Square precedes the autumnal equinox.

My springtime muse, distant sun Arcturus, appears in the chill of March nights around the time of the vernal equinox. Prominent as the brightest star in the summer sky, Arcturus is now rather low in the west as darkness falls. Scan to the left of twinkling, golden Arcturus to gaze at brilliant planet Jupiter. Spot Arcturus nearing the western skyline through October. Winter stars and constellations are now rising before dawn. See https://theberkshireedge.com/eyes-to-the-sky-starlight-sirius-rising-and-the-dog-days-of-summer/.