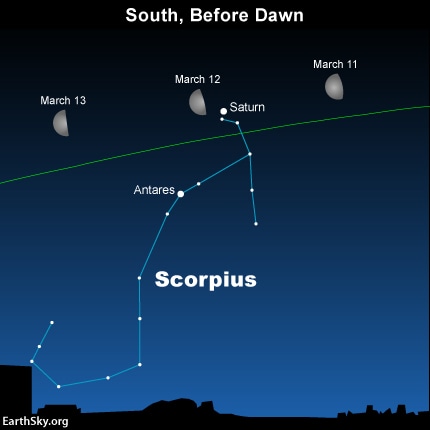 What is this life if, full of care,

We have no time to stand and stare. …………

No time to see, in broad daylight,

from “Leisure” by William Henry Davies

Mt. Washington — Seasonal change is aloft, visible in the nighttime skyscape and, though elusive on the ground, can be sensed when we linger among the trees in broad daylight following their trunks up, up into swirling, branching, twiggy crowns. In the air, chickadees fly in small circles, following one another closely until they touch and flutter, body to body. There are more than feeding sounds on the wing. Will mountain streams and the Housatonic River be full of stars in broad daylight by the Vernal Equinox?

I am bemused to find winter’s all-night stars high in the south by early evening, already halfway to setting. In my mind’s eye they are still low in the east, just rising at nightfall as in December. Mighty Orion the Hunter is the leader, he and his entourage lean westward by 10 o’clock, poised to slip under the cover of the horizon around midnight. Orion’s shoulder star, reddish Betelgeuse, is above three stars in a row, his belt. Betelgeuse, with his two dog stars, Procyon, above left, and Sirius below Procyon, form the equilateral Winter Triangle. Orion’s foot star, blue-white Rigel, is first to set, around 11 p.m. 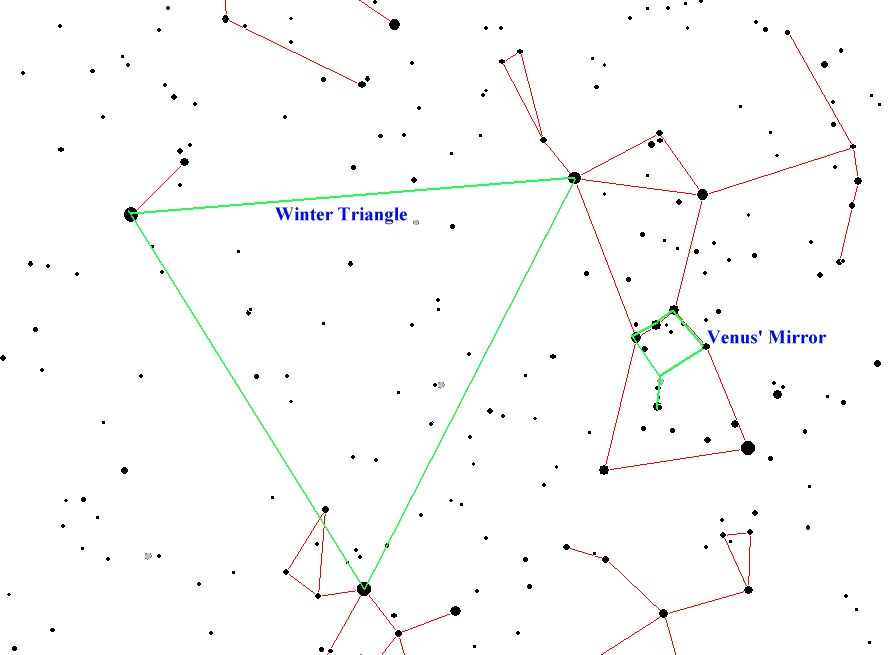 With the beginning of Eastern Daylight Time (EDT) on Sunday the 8th our skygazing rhythm was disrupted. For many, prime time was around 6:30 to 7:30 p.m. Eastern Standard Time, which is 7:30 to 8:30 p.m. EDT. Be sure to continue to look for planets Venus and Mars in the west during this timeframe. On the 21st the moon will be our guide for a farewell glimpse of Mars; spot a delicate crescent to the left of the tiny, vermillion, star-like light that is Mars. Mars’ orbit is taking it into the sunset glare. The waxing crescent (increasing in size) appears to the left of brilliant Venus on the 22nd.

While adjusting to the later sunset hour, take advantage of an artificially later sunrise hour that brings back morning stargazing and planet watching until about 6:15 a.m. EDT, as in early January. We can now see the steady, yellowish light of Saturn above red Antares, along with other familiar summer stars, without rousing at 5 a.m. The waning (decreasing in size) gibbous moon appears to the left of Saturn on the 12th, left of Antares on the 13th.

Vernal, or spring equinox (Latin aequi + nox, noct = equal night) occurs on Friday the 20th. Equal day and night prevail most of the week of the 15th, with sunrise close to 7 a.m. and sunset within minutes of 7 p.m. Welcome astronomical spring while marking sunrise due east and sunset due west.