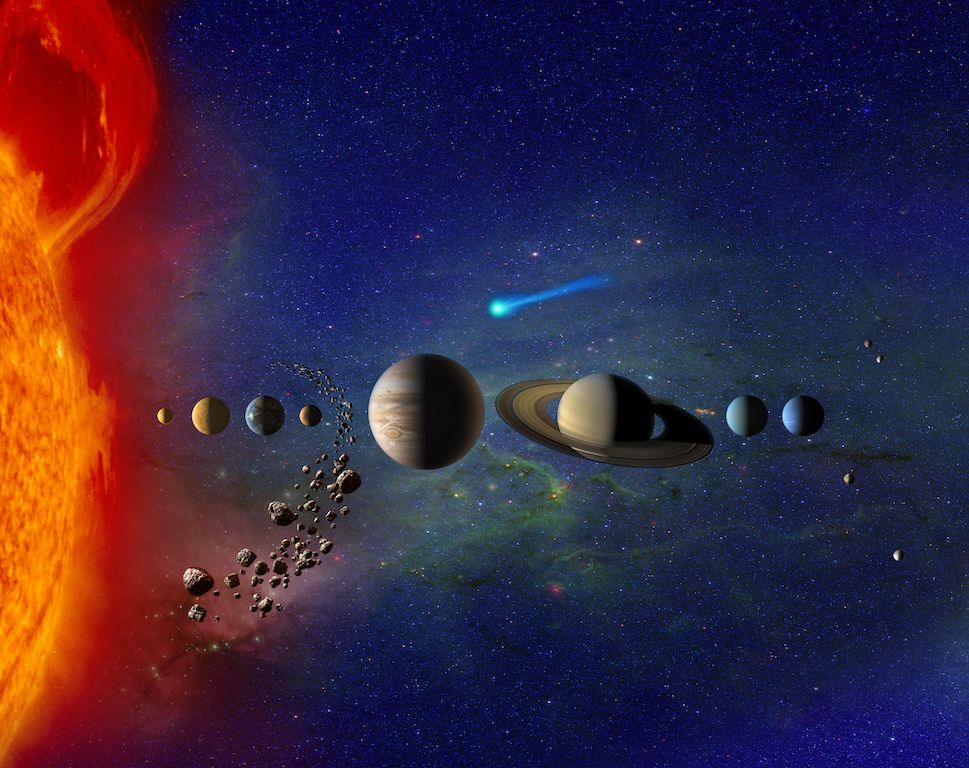 Mount Washington — In the evening sky, planets Jupiter and Saturn shine side by side in the south. Jupiter, at magnitude -2.51, is visible at dusk and is joined, as darkness falls, by Saturn (0.34 m). Reminder: The smaller the number, the brighter the celestial body. Enjoy the juxtaposed planets, the largest in our solar system, until they set in the southwest after midnight.

When I am indoors at 10 o’clock, I look from a south-facing window for Jupiter, the bright star-like beacon, with dimmer Saturn to its left above the forested hillside. Then, at midnight, I find the pair approaching the southwest skyline.

Outdoors, with a clear view to the east-northeast around 10 p.m. tonight, find Mars, the Red Planet, climbing above the skyline. The luminous planet brightens from -1.97 magnitude today to -2.22 m on the 17th. The Red Planet continues to brighten into mid-October and rises a few minutes earlier every night.

In general, stargazing begins about an hour after sunset. Dimmer celestial objects are visible about half an hour later, when darkness is as complete as it can be, known as “astronomical twilight.” Sunset occurs around 7:15 p.m. this week and 7 o’clock next week. Moonlight will wash out our view of late-night stars this week, but will not interfere with sighting the planets. Moonrise tonight is 10:02 p.m. The waning moon rises half an hour to an hour later every succeeding night. Allow as much as an hour or two for celestial objects to rise above hilly, forested terrain.

Turning to the morning sky, the dazzling light of planet Venus, -4.16 m, finds its way through the leafy canopy into windows with a view to the east-northeast from about 3 a.m. until 5:30 a.m. Outdoors, the goddess planet is the highlight of these late summer mornings, offering a disarming greeting charged with cosmic mystery. The third brightest celestial object in Earth’s skies next to the Sun and moon, Venus can be seen until about half an hour before sunrise once you know where to look. Sunrise is around 6:30 a.m.

An hour before sunrise, between Venus in the east and Mars in the southwest, marvel at winter’s prominent stars and constellation.