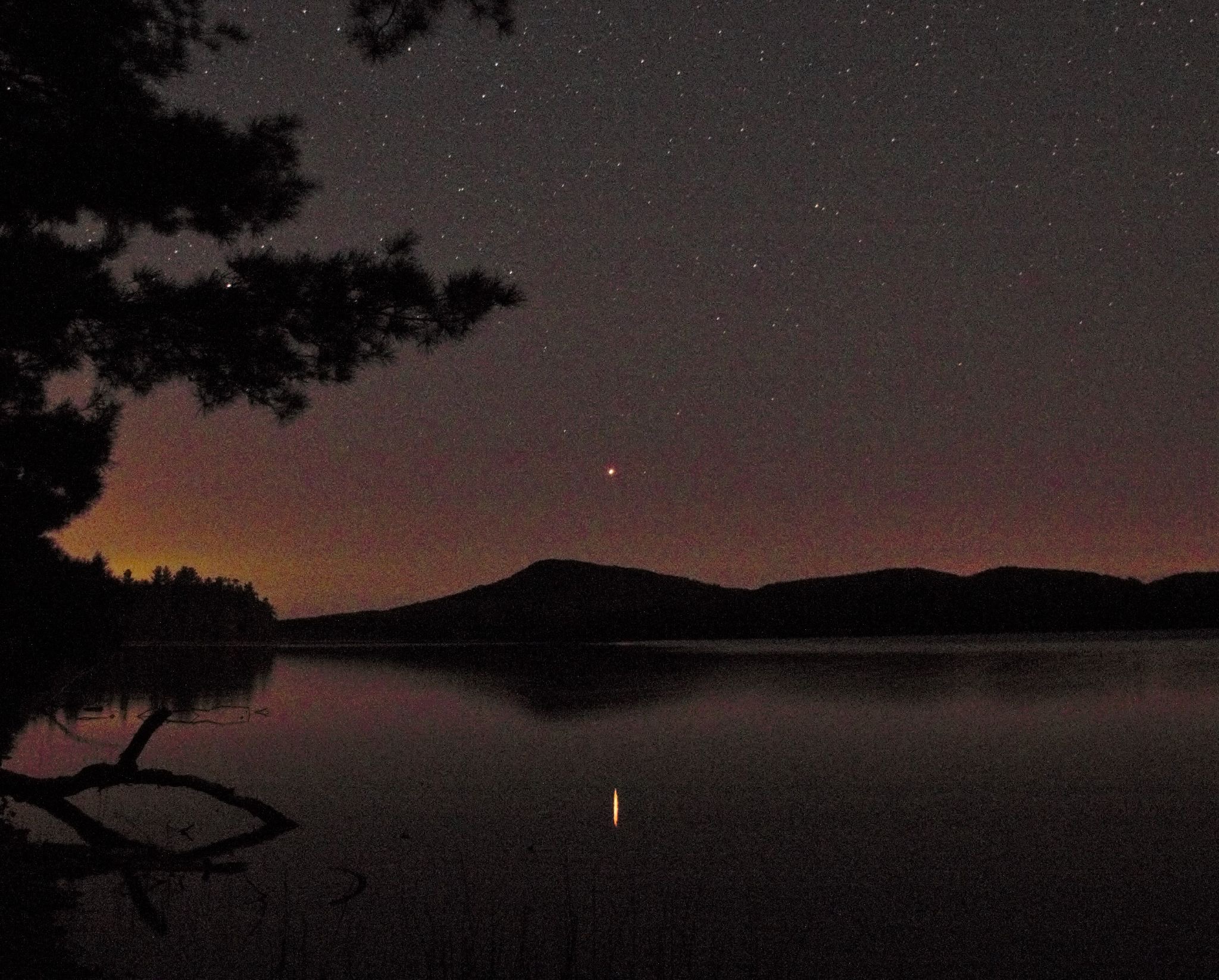 Paulette Haws captured the planet Mars on Monday evening, Sept. 21, 2020, when the planet’s magnitude was -2.30. In this photo, Mars is shining above, and reflected in, Little Tupper Lake in New York state. Photo courtesy EarthSky.org

Mount Washington — A rusty-gold, star-like celestial body shines suspended above the eastern skyline at nightfall. It is heaven’s celebrity of the month. Even though I knew that planet Mars is predicted to be in the east shortly after sunset, a rush of surprise overcame me when, approaching a clearing, the planet’s brilliant light pierced the darkness. Mars is brightest for the year in Earth’s skies. Tomorrow, the 6th, it will orbit closest to our planet since 2018 and arrive at “opposition” on the 13th.

Follow Mars from sunset to sunrise. Take a first look before moonrise. The waning gibbous moon rises at 8:33 p.m. on the 5th and half an hour to an hour later all this week The rusty-gold orb reaches rather high in the sky at midnight and then drops to set in the west as the sun rises in the east.