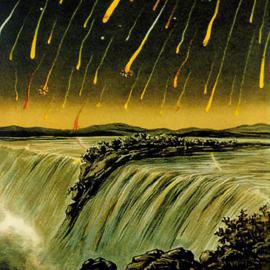 Meteor Shower
Thanks to StarDate, University of Texas,
https://stardate.org/nightsky/meteors 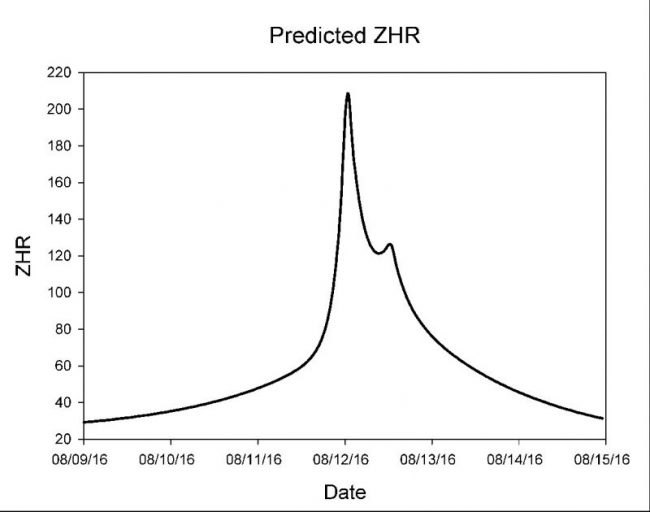 Predicted zenithal hourly rate (ZHR) for Perseids in 2016. The ZHR describes the shower at its peak, when the radiant is overhead (before dawn from all parts of Earth). Chart via meteor expert Bill Cooke, head of NASA’s Meteoroid Environment Office. via EarthSky.org

Mt. Washington — In a dark sky lit with stars, a streak of white light appears and is gone in one inspired breath. Then, a brushstroke with a long and lasting trail carries our spirit on a sublime ride. Whether you call them meteors or shooting stars, look for an extraordinary showing as the first week of this post progresses. The annual Perseid meteor shower is predicted to peak overnight Thursday the 11th into very early Friday morning, with optimum viewing from 3 a.m. until dawn. In dark sky locations, meteor scientists estimate 150 – 200 shooting stars per hour will be visible, more than double the spectacle that is anticipated most years. Earth grazers and fireballs are bright enough to be seen in light-polluted areas. Overnight until dawn on Wednesday the 10th through Monday the 14th are within the timeframe of heightened Perseid activity in Earth’s skies.

When meteoroids (bits of asteroids or comets) enter our atmosphere at high speed, they burn up. These luminescent rocks are known as meteors; the brightest are fireballs. Earth is orbiting through the dusty, icy debris stream left by Comet Swift-Tuttle, last seen in 1992 and forecast to swing by again in 2126. The associated meteor shower is named for the constellation Perseus, from which the falling stars seem to originate, i.e. the radiant. Perseus rises in the northeast around 10:30 p.m. beneath the “W” star pattern that is Cassiopeia the Queen, which is easier to discern. 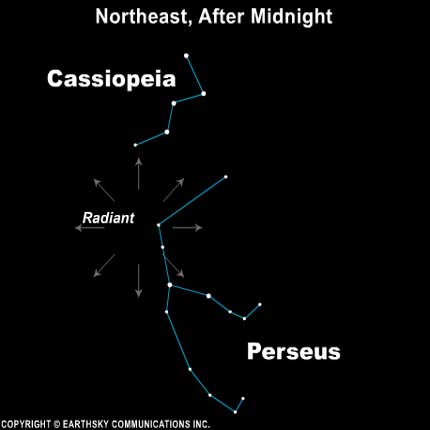 Shooting stars may be seen all over the sky. They are more intense after midnight, and especially as Perseus climbs higher before dawn. If you’re not planning to sleep outdoors, the best time (considering sleep) to be at an open sky location might be 3:45 a.m. – 5 a.m. because, on Friday morning, astronomical twilight is at 4:09 a.m., civil twilight 5:27, and sunrise 5:58. That is, full darkness prevails until 4:09, brightening to colloquial dawn at 5:27.

The Perseids are active between July 17 and August 24 every year. Looking up to the heavens anytime during the year, an average of six unexpected, sporadic meteors per hour may appear, giving the viewer the feeling of good luck, surprise, and of receiving a gift. Of the predictable, annual meteor showers, the warm weather Perseids top the list. 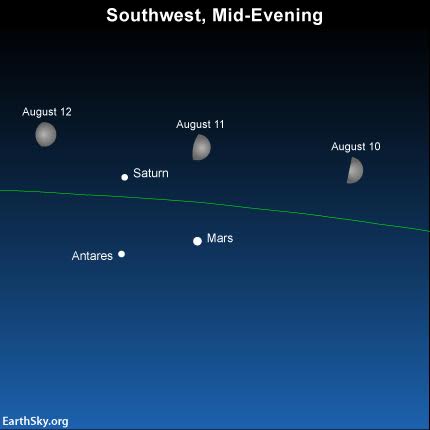 As evening falls on August 10, 11 and 12, the waxing gibbous moon will be shining near planets Mars and Saturn, and the star Antares. The green line depicts the ecliptic – the sun’s yearly path and the moon’s monthly path in front of the constellations of the Zodiac. The moon will set before the predawn hours on August 11, 12 and 13, at which time the Perseid meteors streak the nighttime most abundantly. Courtesy EarthSky.org

Learn how to report your meteor sightings at the International Meteor Organization site – imo.net/visual/major

For your sense of wonder – https://earthsky.org/space/watch-mercury-and-venus-set

Think astronomy with a master – www.Astronomy.com/BERMAN 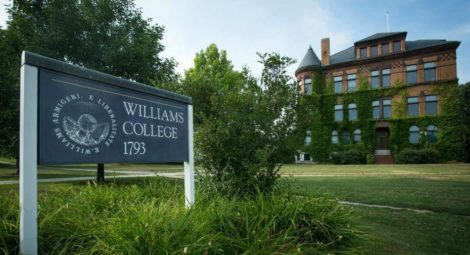