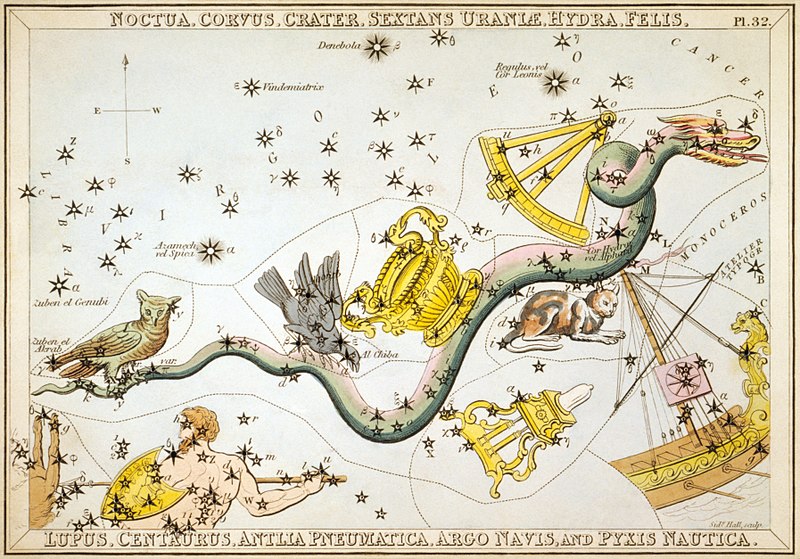 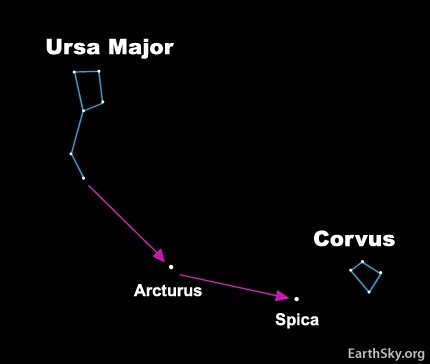 On springtime evenings in the Northern Hemisphere, extend the handle of the Big Dipper to arc to Arcturus, spike Spica and slide into the constellation Corvus the Crow. We sometimes call this extended arc the spring semicircle. Image courtesy EarthSky.org

“The Crow’s bill is pointed toward the Virgin’s jewel, Spica, as if it were waiting for a chance to grab it.” —H.A. Rey**

Mount Washington — At nightfall, Corvus the Crow, wings outstretched, glides above the treetops in the sky, to the south. Latin for crow, or raven, Corvus’ four main stars form a diamond that is easily seen as a soaring bird, kite or sail. In Greek mythology, the Crow, Apollo’s sacred bird, got into trouble that resulted in the god catapulting the offender and his companions into the sky. This evening, the 13th, the waxing gibbous moon appears above and to the right of Corvus. Tomorrow, the 14th, Corvus is directly below the moon. On Wednesday, the 15th, Luna is positioned above bright star Spica, which is to the left of the Crow. Spica is the most reliable guide to locating the Crow when there is no moon to guide us to the constellation. 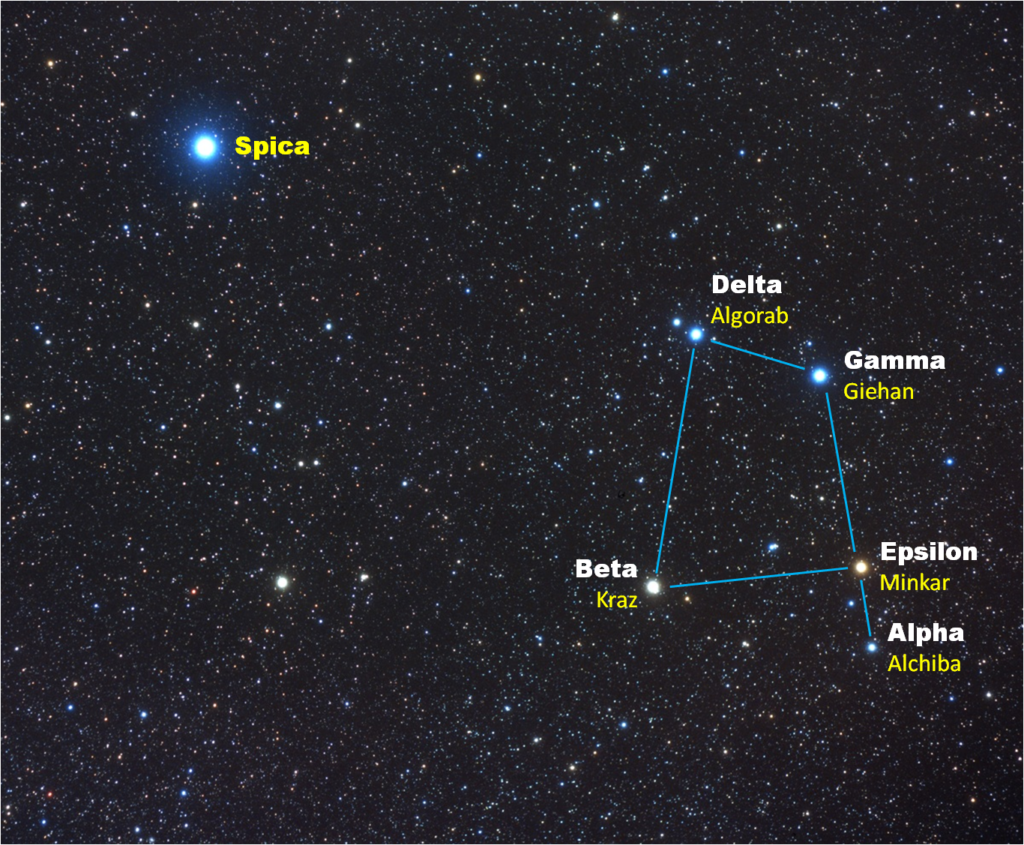 The Big Dipper is our perennial guide to Spica, Alpha Virginias, the brightest star in Virgo the Virgin. Spica’s apparent magnitude (m) is 1.0 in a system that ranks the brightness of astronomical bodies by numbers from the smallest, representing the brightest, to the dimmest, that bear increasingly larger numbers.

When darkness falls, around 9:30 p.m., find the Big Dipper overhead and to the south. Follow the arc of its handle to the orange-colored star Arcturus, -.06m, the brightest star in our summer sky. Follow the curve of the arc to the next brightest star, Spica. Continue on a short distance to discover Corvus the Crow. 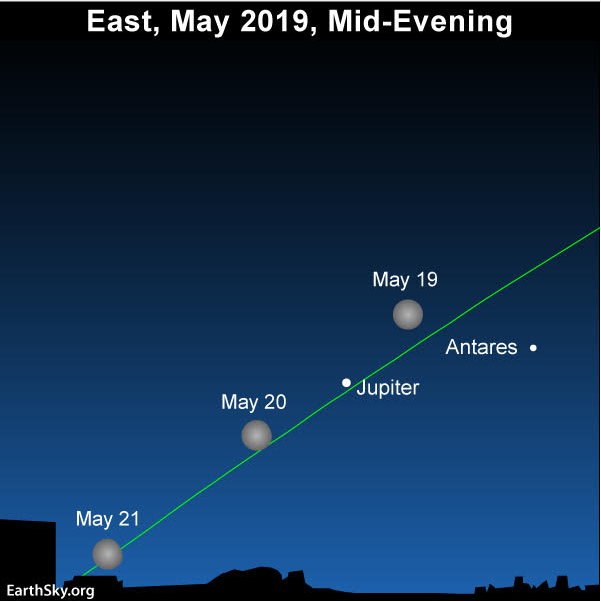 Moon with Jupiter to the east, left, of the Spica-Corvus show. Jupiter rises at 10:20 p.m. on the 13th and follows the Full Moon on the 18th. Image courtesy EarthSky.org

Look to the StarDate illustration for the names of Corvus’ stars. Gienah, from an Arabic phrase for “right wing of the crow”, at 2.59m, is close in luminosity to Kraz, noted in one source as 2.60–2.66m. According to the author and illustrator H.A. Rey**, we are looking at a seated crow, its bill pointed toward Spica, which Rey describes as Virgo’s jewel that the notoriously mischievous crow is “waiting for a chance to grab…”

The Crow’s offenses are detailed in many stories accessed in the Resources section, below.

Resources and notes on the Urania’s Mirror illustration