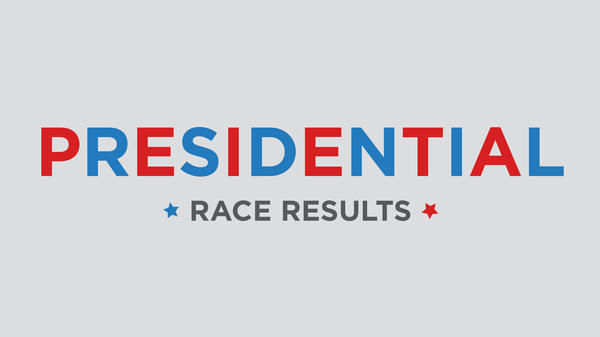 I’m thinking today, once again, what a fool I am. How I could once again have made such drastically wrong-headed assumptions about how the American electorate would vote? Once bitten in 2016, twice shy in 2020 did not apply to me, and I like to think of myself as pretty teachable. Even on the drive to the polls on Tuesday morning, I was cheerfully assuring my more skeptical friend Melissa as “Born in the U.S.A.” played in the background that Biden would “…wipe the floor with him, you’ll see. It’s gonna be a sweep. I feel good about this.”

Yup. “Foolish” would be a kind word for that attitude. “Oblivious” and “smug” also work. And really, I knew better. I knew better than to trust the polls, which had proven their uselessness four years earlier. I also knew the president would have plenty of support. My kids and I counted 31 Trump signs while driving through rural Maine this past July, a pretty good indication that his sins of the past four years — like getting impeached, refusing to denounce white supremacy, being revealed as a tax evader — had not only not brought about a grand reckoning among his supporters, but must have served to solidify his popularity. Another friend sent me an app where you could punch in a ZIP code and get a map of who, in any given, place had donated to the Trump campaign. THAT was an eye-opener.

But surely, I argued to myself, many, many more people outside of Palermo, Maine, and Sheffield, Massachusetts, had been inspired to see the error of their ways. If his impeachment, tax evasion and defense of white supremacy did not sway them, then surely his incompetent management of the COVID-19 crisis, or his treatment of protestors, or calling servicemen “suckers and losers,” or the constant stream of dangerous conspiracy theories he feeds his Twitter followers would do it.

And so, of course, election night came again as a shock. I started out around 8 p.m. pumping my fist in the air, certain that Biden’s win in Virginia spelled swift victory. When I went to bed at 10:30 p.m. — no point in staying up — I was once again revealed to be no more teachable than any other sheltered liberal snowflake shaking her naive little head at how such vast numbers of people could do such a thing.

But there’s another reason I should have known better. I’m not that sheltered. I know, for instance, the statistic that nearly 2 in 3 American adults do not have a college degree, and I’ve come to see that many of those people might be onto something. I’m writing a book about the life trajectories of the “college prep”-level English students I taught a decade ago, most of whom did not get to college. They’ve upended lots of my assumptions. Some of them have succeeded where conventional wisdom would have predicted their failure, and others still struggle to get ahead despite completing the bachelor’s degrees they were pushed to pursue. I’ve talked to 16 of them, and read books like “The Tyranny of Merit,” “The Privileged Poor,” “The Years That Matter Most” and “The Meritocracy Trap,” which provide context for how we’ve come to have such vastly different educational outcomes for poor and rich kids, and those from college-educated and non-college-educated households.

I’d set about teaching college-prep English with the aim of sending all my charges off to selective, liberal schools like the one I, and nearly everyone I knew, had attended, without checking in to find out if that’s what they wanted. I thought an elite, liberal education was what everyone ought to aspire to. I thought the whole system agreed with me. I thought when I said “college,” they heard “Harvard.” I imagine now they must have looked at me and seen a harsh, disappointed judge looking back.

Why did so many vote for Trump? It’s not just because he’ll protect their assets, support Blue Lives, and put pro-life judges on the court. The ones who attend his rallies and wear his merch love him because, as podcaster Sam Harris, in the most recent episode of “Making Sense,” put it, “he can’t possibly judge you.”

I’ll quote from him at length because it’s worth it:

“….he is never actually communicating that he’s better than you, more enlightened, more decent, because he’s not, and everyone knows it. The man is just a bundle of sin and gore, and he never pretends to be anything more. Perhaps more importantly, he never even aspires to be anything more … he offers a truly safe space for human frailty, and hypocrisy, and self-doubt. He offers what no priest can credibly offer: a total expiation of shame. His personal shamelessness is a kind of spiritual balm. Now consider the other half of this image. What are we getting from the left? We’re getting exactly the opposite message. Pure sanctimony. Pure judgment. You are not good enough. You’re guilty, not only for your own sins, but for the sins of your fathers. The crimes of slavery, and colonialism are on your head. And if you’re a cis, white, heterosexual male, which we know is the absolute core of Trump’s support, you’re a racist, homophobic, transphobic, Islamophobic, sexist barbarian. It’s the juxtaposition of those two messages that is so powerful.”

At this point, I invite you to resist the urge to indulge in whataboutism, as in “What about ‘the Moral Majority’ for sanctimony?” Trump’s raw appeal has nothing whatever to do with Republicanism or conservatism. How else can you explain that so many of his voters also voted for Obama? This is all about him, one man, and one man alone, as a unique, one-in-a-million personality. If Trump had died of COVID-19 a month ago and Pence had run in his place, would there be protestors shouting “stop the count” today? Of course not. They’d have given up entirely.

I pray the end of this election year misery comes soon, for everyone’s sake. I want that finish line to bring about some changes in my own life, too. I want to change my media consumption habits. I want to get out of my echo chamber and seek out uncomfortable conversations. I want to work harder than I ever have before, to ensure my book makes a contribution to greater understanding among Americans of different backgrounds.

Some portion of the nearly 69 million Americans who voted for Trump do have something valuable to say, and the rest of us do, at long last, need to listen without judgment.