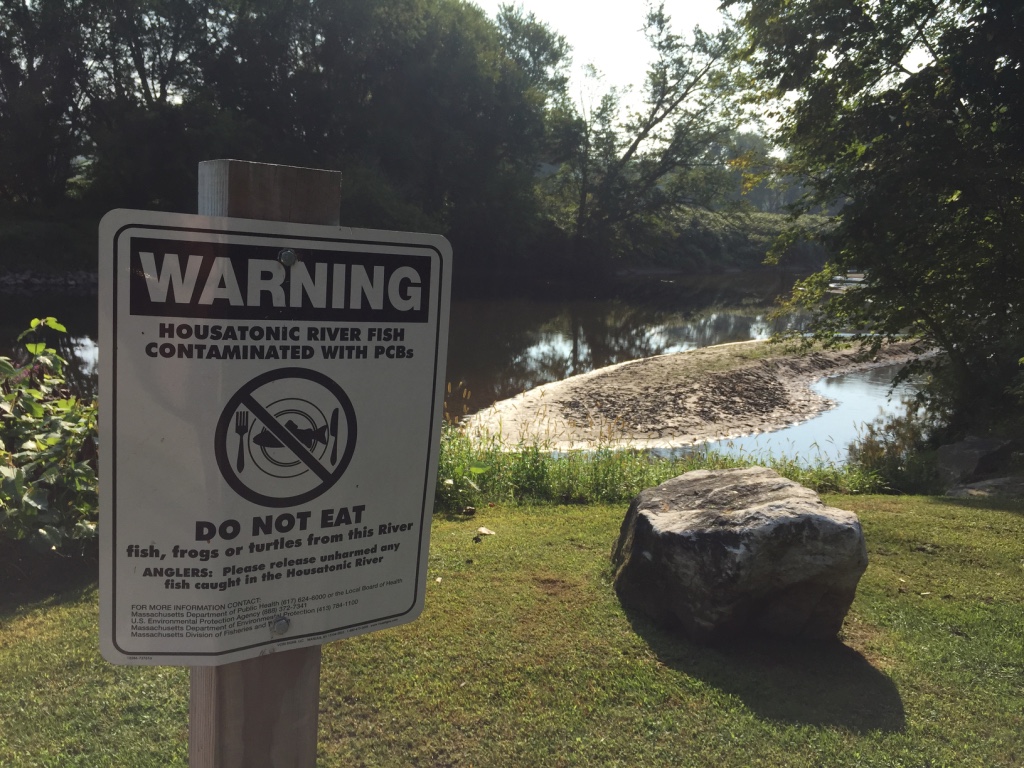 Boston — After a ruling last week that upheld the EPA’s $613 million, 13-year plan to compel The General Electric Company’s (GE) to remove carcinogenic PCB (polychlorinated biphenyls) contamination from the Housatonic River and its floodplain from Pittsfield to Connecticut – the so-called “rest of river” cleanup — the EPA Monday (October 24) issued its final decision on the plan, giving GE 30 days to say whether it will fight it.

“EPA remains firmly committed to taking actions in Berkshire County that help protect public health and restore the ecological integrity of the land and water in these communities,” said EPA regional administrator Curt Spalding. “Issuing this balanced and comprehensive Rest of River final cleanup plan brings us another step closer to restoring environmental health and bolstering community prosperity along the Housatonic.”

An emailed statement by a GE spokesperson indicates the company will take the matter to court, and continue to argue over how much of the 125-mile stretch of river to clean, and how.

“GE will clean the Housatonic Rest of River,” the GE statement said. “The only question is how it will be cleaned… We are currently reviewing the EPA’s final decision and look forward to resolving its shortcomings.”

The EPA’s plan was finalized after an “extensive public comment period and a dispute by the responsible party, General Electric Company (GE),” said an EPA statement from spokesperson Kelsey O’Neill. “The final cleanup will utilize a combination of targeted soil and sediment removal, riverbed capping and monitored natural recovery to address risks posed by polychlorinated biphenyls (PCBs).”

In his ruling last week EPA regional counsel Carl F. Dierker wrote that “while I can appreciate GE’s disagreement with EPA’s exercise of its discretion in making complex scientific, technical and engineering decisions, and with the way it has weighed and balanced other important factors, I find that overall EPA’s reasoning, rationale and analysis are sound and adequately supported by the data and information it has carefully considered.”

A 1999 legal agreement compels GE to rid the river sediment and floodplain of PCBs deposited there over decades in the process of manufacturing electrical transformers at its Pittsfield plant. While GE remediated the areas around the plant and the section of river to Fred Garner Park, it has locked horns with the EPA over how much of the rest of the river — to the Connecticut border – it will clean and how.

“The cleanup plan requires GE to address PCB contamination that poses a health risk to the river and the impacted communities,” O’Neill wrote. “This cleanup plan outlines that GE will cleanup contamination in river sediment, banks, floodplain soil and biota that pose unacceptable risks to human health and to the environment.”

O’Neill also said it was “important to note that the majority of the sediment and floodplain cleanup is targeted within the first 11 miles in the city of Pittsfield and the towns of Lee and Lenox. Phasing the work will also disperse the effects of the construction activities over time and locations.”

GE has opposed the EPA mandate to ship the waste out of state by truck or rail. The company says it will cost $200 million more and, instead, is eyeing three designated landfill locations in Lenoxdale, Lee and Housatonic, something that has caused local outrage and other related problems as, for instance, local real estate agents have had to disclose the possibility of a PCB dump to potential homebuyers.

The EPA’s Jim Murphy said while there were some “minor tweaks” to the cleanup plan in response to the extensive comment period, the “major components of the remedy are still the same.”

For instance, Murphy said, GE “complained” about trying and evaluating an innovative technology to clean the vernal pools. So the EPA came back and said “we’re just telling you to put activated carbon in the pools, and if not, then do something else,” Murphy said. “We chose activated carbon because it’s been proven in other sites, it binds to PCBs making them unavailable to the food chain, rather than excavating the vernal pools.”

He said the other tweaks were of a similar clarification nature, including defining performance standards more clearly.

The EPAs “Final Permit Modification,” as this latest document is called, is effective in 30 days unless GE petitions for a review of the decision with the EPA’s Environmental Appeals Board.

Housatonic River Initiative’s (HRI) Benno Friedman previously told The Edge that it is natural for GE to fight back.

“Because years of litigation,” Friedman said, “is less expensive than actually proceeding with the remediation.”