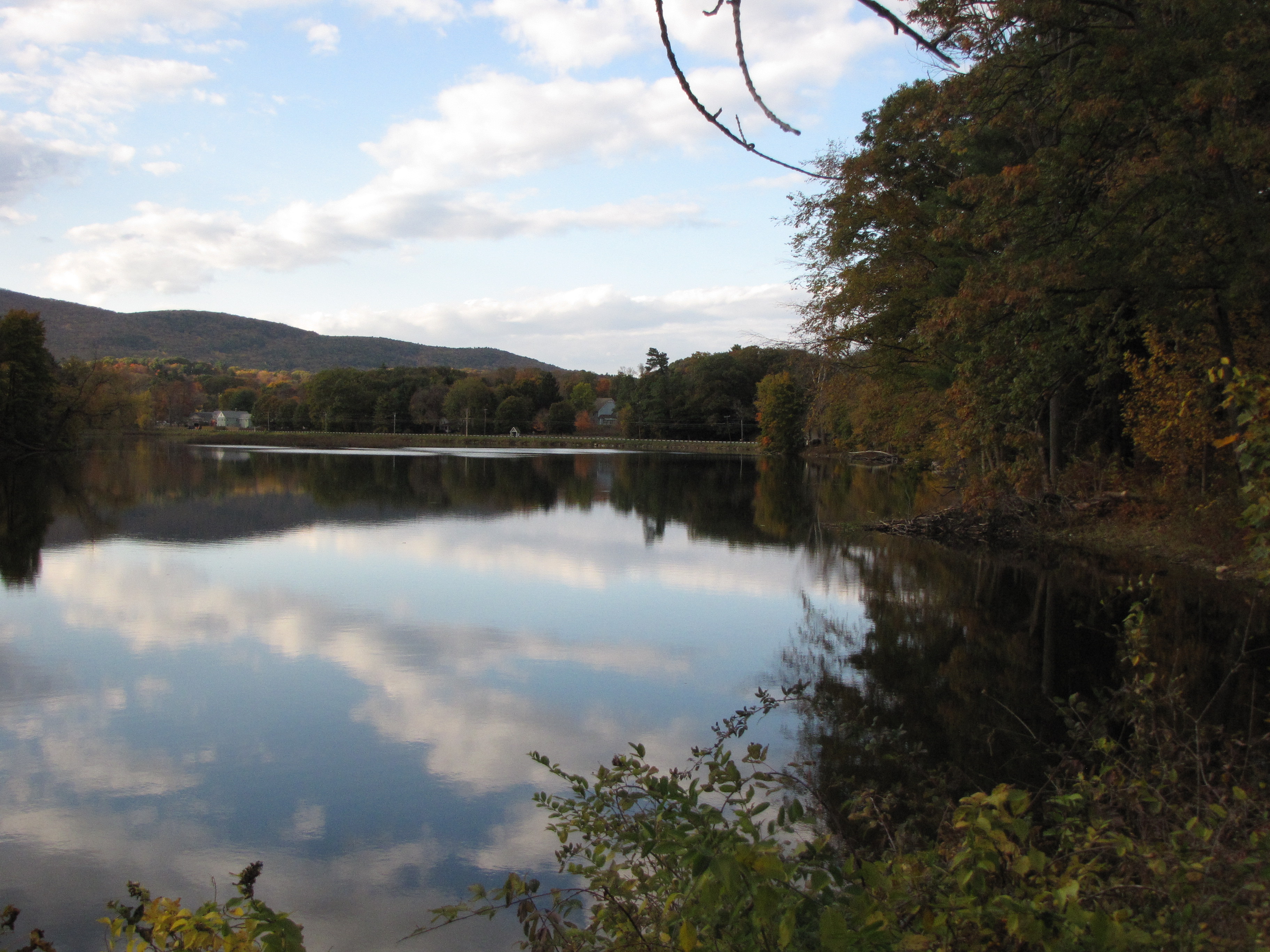 The Environmental Protection Agency is working concurrently on two parallel tracks to come up with a final cleanup and disposal agreement for General Electric’s remediation of the “Rest of the River”stretch of the Housatonic River. The agency has initiated mediation proceedings, while, at the same time, it is continuing administrative proceedings with the Environmental Appeals Board of EPA that may end in litigation.

In a few weeks, a mediator from Washington, D.C. – chosen by mutual agreement of EPA and GE – will sit down with the parties who challenged the EPA cleanup permit. The mediator, attorney John Bickerman, says that he will begin a fact-finding process.Meanwhile, EPA Region I lawyers are working on revising the permit, which was remanded to the agency by the Environmental Appeals Board (EAB) in January.

Either the parties will reach agreement, or the permit governing dredging and disposal of soil and sediments contaminated by PCBs will likely be challenged in federal court.

The location for disposal of PCB-contaminated soil and sediment may once again be on the table. According to Jim Murphy, spokesman for EPA Region I, the agency is working as hard as it can to bolster the arguments for out-of-state disposal. “But,” he said, “whether on- or off-site, we don’t care; we just want to get this done.”

“We don’t want to see seven years more in court,” he added.

Asked if the agency had changed its position on the need for disposal out-of-state in a facility licensed to accept PCBs, Murphy said, “EPA hasn’t changed anything. We still want off-site, but we’re open to mediation.”

As for EPA’s Environmental Appeals Board (EAB), which remanded EPA’s permit so that the agency could make better arguments for out-of-state disposal, Murphy said, “They told us how to shore up the arguments, but you can’t make stuff up.”

The river waits, its banks lined with PCB warning signs

The cleanup of polychlorinated biphenyls (PCBs) in the Housatonic River has been proceeding for decades. Dumped in the river from the 1930s to the 1970s during General Electric’s (GE’s) transformer manufacturing operations in Pittsfield, PCBs are in the soil, sediment, and floodplain of the river, and have rendered fish and wild fowl toxic and inedible. PCBs are likely to be carcinogenic in humans.

A consent decree between EPA and GE split the cleanup into three parts. The GE plant itself and the first reach of the river have been remediated. Negotiations have been proceeding for cleanup of the last, lengthy “Rest of the River” stretch.

In January, the Environmental Appeals Board (EAB) issued its opinion on EPA’s final permit for remediation, which had been challenged by General Electric, the states of Massachusetts and Connecticut, the Rest of the River Municipal Committee, the Housatonic River Initiative (HRI), the Berkshire Environmental Action Team (BEAT), and attorney C. Jeffrey Cook.

Although EPA prevailed on most points, the EAB remanded the out-of-state disposal provision of the permit to EPA, admonishing the agency to identify actual, rather than potential, compliance issues regarding the Forest Street and Rising Pond disposal locations, and to include sufficient information to evaluate the concern raised by placing an on-site landfill in close proximity to the River.

U.S. Senators Edward Markey, Elizabeth Warren, and Congressman Richard Neal fired off a letter to EPA Administrator, Scott Pruitt, in early February. They urged EPA to uphold its previous finding that contaminated material should be shipped off-site to an existing licensed facility for disposal.

They wrote, “to allow local disposal of GE’s toxic waste would be incompatible with Massachusetts state law and a complete disregard of the affected Massachusetts communities who have been plagued with this corporate pollution for far too long.”

Three high-level letters then ensued. In the first, GE disagreed with the Senators and Congressman Neal, and made its case to Administrator Pruitt that on-site disposal was safer than the risks associated with long-distance transport (accidents and air emissions). GE expressed a desire to “work with the parties to reach an expeditious solution.” The company also asked Administrator Pruitt not to prejudge the outcome of the EAB assessment of the disposal question.

The EPA Region I Administrator, Alexandra Dunn, then wrote GE suggesting that “even as we address the issues on remand…the Region is continuing to investigate all possible avenues, including mediation.”

In early April, GE responded that it was willing to participate in a mediation effort with an independent and neutral mediator.

John Bickerman, the mediator, is a Washington, D.C.-based attorney with his own firm. His web site says that he is “an internationally recognized neutral, specializing in complex, multi-party insurance coverage and general commercial disputes…who has facilitated the resolution of major natural resource and environmental disputes between the federal government, tribes and states…”

Bickerman said in a recent conversation that the parties are now negotiating the ground rules of the mediation agreement, including confidentiality provisions and logistics. When an agreement is reached, he will embark on his fact-finding trip, starting in Berkshire County.

“I’ll be listening, collecting information, and reporting back to the parties. All information will be confidential,” Bickerman said. “The goal is to reach an agreement among all the appellants.”

“We’d like the amici [friends of the court] to sign on, too,” he said. Massachusetts Audubon, the City of Pittsfield, Green Berkshires, and the Housatonic Rest of the River Municipal Committee are amici in the case.

“I want to get as broad a spectrum of opinion as possible from the individuals and groups affected by the remediation,” he added.

Early in 2016, before EPA issued the final cleanup permit to GE, the agency tried a similar mediation process, also with attorney Bickerman. EPA had found him to be an effective mediator in multiple-party Superfund cases. GE accepted the agency’s recommendation.

As Murphy recalls that mediation effort, EPA, GE, and representatives from Massachusetts and Connecticut signed confidentiality agreements and Bickerman met individually with the parties, and then two on two, so that each party met with the three others individually.

Then he brought all the parties together and told them that he was seeing no progress and no meeting of the minds.

EPA then advised Mr. Bickerman to meet with community groups in the Berkshires – the EPA-Housatonic River Citizens Coordinating Council, the Chambers of Commerce, and elected officials.

Bickerman rented a small conference room in a hotel in the Pittsfield area for two days and contacted all of the local community groups involved in the Housatonic cleanup, asking them to drop by. Many of them did.

Tim Gray of the Housatonic River Initiative described it as “a weird process.”

Gray said that the Berkshire groups were asked if “we would be OK with more remedy – such as removal of more PCB-contaminated sediment than required in the permit – in return for disposal at the Lenox Dale site south of Woods Pond, near the Lane Construction sand and gravel quarry.”

According to CCC meeting minutes, Bickerman also floated in these hotel meetings the possibility that GE could compensate the localities that were impacted by cleanup-related noise, truck traffic and other disruption.

The evening after the hotel meetings with Mr. Bickerman, a CCC meeting was held in Lenox. Although the timing of the meeting was coincidental, it proved to be a good forum for discussing the mediation.

Both Jim Murphy and Tim Gray said that the CCC members complained that Bickerman was proposing things that no one wanted. The community and municipal groups were unhappy with the proposals, Murphy said.

Berkshire County residents have been vehemently and consistently opposed to dumping PCB waste in any of the three locations that GE has proposed – Woods Pond, Rising Pond, and Lenox Dale. EPA’s final permit required GE to transport all PCB waste off-site to a licensed PCB disposal facility.

Murphy said, “In a conference call after the Berkshire meetings, Bickerman said [to EPA, GE, Massachusetts and Connecticut], that it was ‘useless to continue.’ We at EPA thought that the straw that broke the camel’s back was the Berkshire groups.’”

Success the second time around?

Two years later, against this background of 2016 failure, Bickerman has again been retained to mediate cleanup disputes. Now, however, he will talk with groups and individuals who actually challenged the final permit rather than those who were, in 2016, waiting for issuance of the permit and interested in weighing in on its cleanup and disposal provisions.

And, instead of starting in Boston with EPA, GE, Massachusetts and Connecticut, Bickerman said, “My first step will be to talk to the municipal groups, HRI, and the others in the Berkshires.”

Asked if he expected the issues to be any different than before, he said, “I won’t know if the issues are different until I speak to people.” He added, “I’m an agnostic about what should or shouldn’t be done. I try to provide what people need. I don’t have a preordained agenda or outcome.”

Tim Gray of HRI said, “We’re worried that they might want mediation to be binding and not public –behind closed doors.”He said, “We would only want nonbinding and publicly open mediation so we’re skeptical. And we don’t think mediation about the remedy would be useful because GE would roll back the remedy.”

Meanwhile, EPA attorneys are working on shoring up the legal and technical arguments for out-of-state disposal in accord with the opinion of the EAB.

In particular, the EAB’s remand requested better, fuller legal and technical explanations for why on-site disposal in the Berkshires poses more risks than off-site disposal. EPA also did not –but now must – address GE’s arguments about why it should not be granted waivers of some requirements of the Toxic Substance Control Act. Waivers have routinely been granted to other companies, according to GE.

According to EPA spokesman Murphy, EPA expects to finalize its response to the remand by the end of June (although the timing is up to the Region and is not set by regulation). EPA will then issue its final permit.

Anyone who filed comments on the draft permit or participated in a public hearing on the draft permit may petition the EAB at that point seeking review of the remanded part of the final permit within 30 days of issuance. The EAB can grant or deny the petition.

And, in its January opinion, the EAB stated that anyone dissatisfied with the Region’s decision on remand must file a petition seeking Board review in order to exhaust administrative remedies.

In other words, before any litigation in federal court can be initiated by a dissatisfied party, all other efforts to resolve the dispute must have been tried first.

Although months – perhaps years – of squabbling may be in store for the beleaguered river, GE is at least proceeding with some of the necessary work on provisions of the permit that are uncontested by any party.

According to Murphy, GE will be “resampling the whole river, essentially ten miles.” That is, the company, with EPA’s oversight, will be updating information about the levels of PCBs in the soil and sediments along the river.

The company is also working with a third-party technical consultant provided for the Municipal Committee by EPA to develop informal Work Plans for some parts of the anticipated cleanup. Murphy says that GE is “putting lots of resources into this already.”

And regardless of the outcome of the disposal and other questions, GE must develop protocols for inspecting and maintaining dams on the river.

For frustrated Berkshire County residents who have been involved with the PCB contamination issues for literally decades, these measures may seem minimal. But, at least, at this stage of mediation and litigation, the Rest of the River cleanup has at last meandered through its beginning and middle phases, and is now at the beginning of the end.