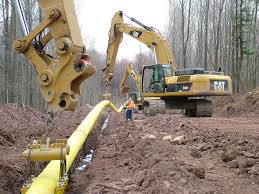 A natural gas pipeline under construction in Pennsylvania.

In response to Mary Douglas’s October 20 report, “Anatomy of a pipeline decision: A scheme of dubious legality,” Heather Hunt, executive director of the New England States Committee on Electricity submitted the letter below disputing the story’s depiction of how the proposed $5 billion natural gas pipeline network transecting the Berkshires and Massachusetts got to be funded by a tariff on electricity ratepayers.

Following Ms. Hunt’s statement is a rejoinder by Mary Douglas.

Re:    Factual errors and misinformation in “Anatomy of a pipeline decision: A scheme of dubious legality”

The article entitled “Anatomy of a pipeline decision: A scheme of dubious legality” dated October 20, 2014 was full of factual errors, misinformation, and misleading characterizations that ignored the context and history of the issue it purported to explain to your readers. The inaccuracies are so numerous that to correct them all would require a letter as long as the article itself. Instead, we take this opportunity to provide a few facts that correct the most basic misstatements, an opportunity that was never afforded to NESCOE prior to publication. 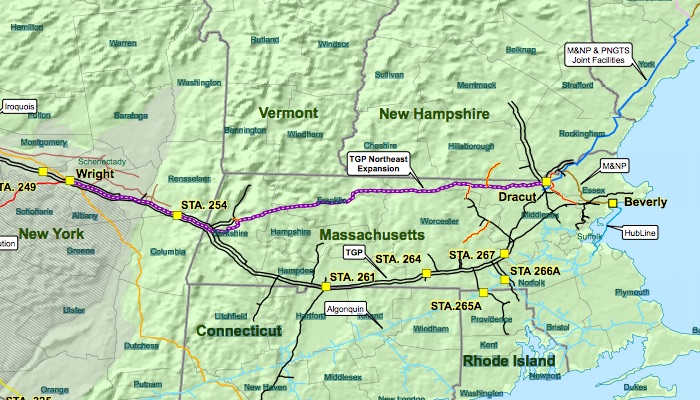 The six New England states never, as the article stated, made “a decision to impose a charge of dubious legality on all New England ratepayers in order to support the funding of a natural gas pipeline that is planned to traverse Massachusetts from Richmond in the west to Dracut in the east.”

That statement is wrong on two counts. First, the six New England states made a decision to propose a mechanism to fund cost-effective infrastructure — including both transmission to deliver low- or no-emission electricity, and natural gas pipeline capacity — needed to resolve the problem. As is common for any mechanism that would be implemented through wholesale electricity rates, the proposal was presented for discussion by New England power pool stakeholders and would have been ultimately submitted for consideration by the Federal Energy Regulatory Commission, an agency that would have jurisdiction over — and a public review process with respect to — the funding mechanism.

Second, the proposal had no connection whatsoever to any particular proposed pipeline project. Rather, the states indicated publicly that an open, competitive solicitation would help to identify which proposed projects, if any, would provide consumer benefits that outweigh consumer costs. NESCOE officials have indicated they would only support a project that would provide net benefits to electric consumers.

With respect to freedom of information matters, the article failed to report that NESCOE officials in the New England states have produced records in accordance with their state laws. Indeed, NESCOE officials have released many thousands of documents.

New England’s electric power system vulnerabilities are serious. Equally serious are the real dollars consumers will expend this winter and in future winters under the status quo. New England public officials continue to work to propose solutions to remedy this urgent crisis. NESCOE appreciates the opportunity to correct some of the basic misreporting and mistaken facts on this issue that is so critically important to New England’s economy and consumers.

The response by Mary Douglas:

Although it is not surprising that NESCOE would disagree with the findings of the article, “Anatomy of a Pipeline Decision: A Scheme of Dubious Legality,” the piece was carefully researched and is accurate as it stands. In addition to combing through all the documents submitted by individual NESCOE state members to Conservation Law Foundation in response to that organization’s Freedom of Information Act request, I spoke with representatives from Kinder-Morgan, FERC, the Mid-West Regional State Committee, and others. I called the Vermont NESCOE Manager (who I thought might return my calls as he is an acquaintance) and left messages, but he did not return my calls. I also called the number listed on NESCOE’s web site in order to talk with staff, but no one picked up my calls and there was no answering machine. 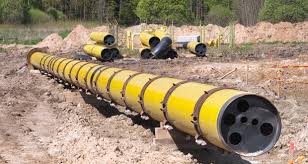 NESCOE’s letter states that the six New England states made a decision to propose a course of action involving a natural gas pipeline rather than actually making the decision themselves. I agree that NESCOE’s proposal was not a final decision. With regard to FERC, my article states, “Under the Natural Gas Act, no pipeline can proceed without FERC’s approval…” I did not include the fact that the New England Power Pool was slated to discuss the proposal because when Massachusetts pulled out of the process to review its options, such discussions became moot.

With regard to the statement in NESCOE’s letter that “the proposal had no connection to any particular project,” nowhere in the article do I state that Kinder Morgan had been identified or selected by NESCOE. In fact, the article pointed out that NESCOE had held conference calls with Spectra Energy, Portland Natural Gas Transmission System and TransCanada as well as Kinder Morgan.

Exactly how Kinder Morgan emerged as the main actor in the pipeline story is not publicly known. It is possible that light would have been cast on this matter if NESCOE had complied with the FOIA request from the Conservation Law Foundation. But it did not, stating, “NESCOE is not a government agency…” Contrary to NESCOE’s statement, moreover, the article clearly stated that the individual members of NESCOE –- but not the organization itself — responded to the FOIA request by the Conservation Law Foundation.