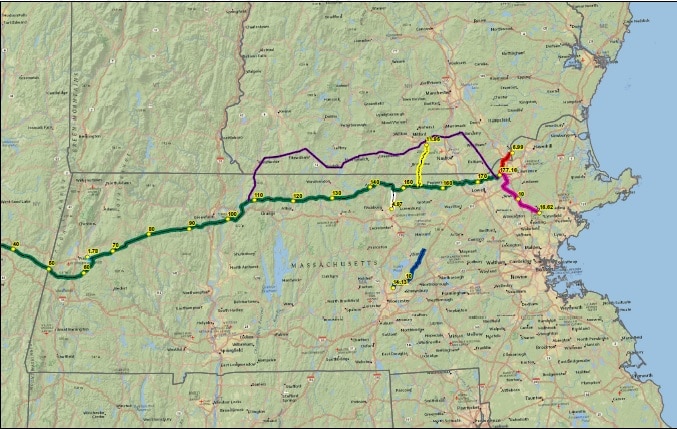 There are those who argue that we need the Kinder Morgan natural gas pipeline to stave off shortages of fuel needed to generate electricity during the winter, rather than expanding investment in renewable energy sources. With regard to green regulations for power plants, there is nothing final and effective now. The GHG [greenhouse gas] reduction regulation has not been finalized and the mercury/toxics regulation was accepted by the Supreme Court for review.

Natural gas combustion, indeed, produces about 50 percent of the CO2 of coal combustion, but, because of methane leaks and releases, natural gas GHG releases are comparable to those of coal-burning over the production-to-burning life-cycle. (Methane is 20 times as potent a GHG as CO2 over a hundred-year period.)

ISO-NE, NESCOE, and Kinder Morgan very much want a new natural gas pipeline. K-M would realize a 10 to 14 percent annual return on its investment as a regulated monopoly for the life of the pipeline — 100 years or more.

However, there is plenty of time to put together alternatives, such as a mix of renewables, demand reduction, energy efficiency, market adjustments, and, in peak-use winter conditions, Liquified Natural Gas as needed. Even if a pipeline were to proceed, it would not be in operation until late 2018 or early 2019.

All it would take is political will and public support. However, those who favor a more expedient “fast food” solution such as a pipeline (rather than the “healthy-meal” mix of alternatives) are pressuring the state with electric rate hikes, claiming lack of pipeline capacity before there have even been any wintertime problems — just to keep the screws on and to scare the public into pipeline support.

The writer is an environmental and legal correspondent for The Berkshire Edge, and has been examining details of financing and the behind-closed-doors decision-making that paved the way for the proposed Kinder-Morgan natural gas pipeline network. To see her byline and stories, click here.