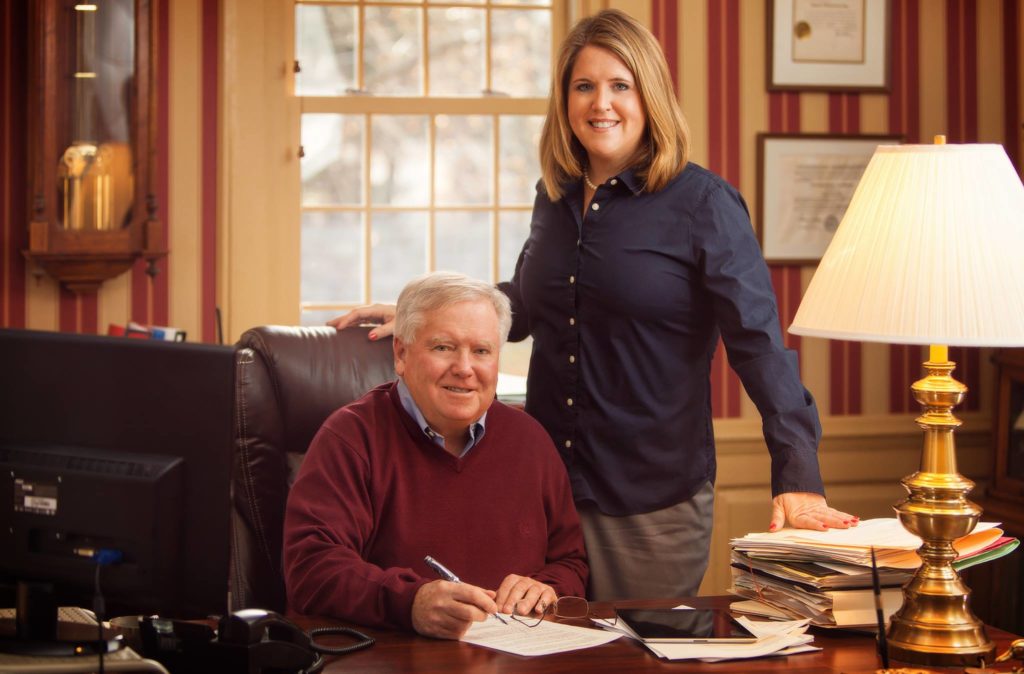 Great Barrington — Great Barrington attorney Kate McCormick, who announced in March that she would run for Southern Berkshire Register of Deeds, has abandoned that candidacy in favor of practicing law full-time.

In an announcement on her Facebook page at the end of April, McCormick said she’d had a change of heart after seeking signatures for a petition to become an official candidate: “During this process, I had the opportunity to discuss with my clients and voters the ability to hold the office while simultaneously practicing law. Though it was always my intent to do both, many expressed concerns over this concept.”

In announcing her candidacy, McCormick told the Edge that: “If elected, I will focus on the position of Register and the Registry of Deeds. Personally, it would be my intent to scale back my practice and for the firm to continue.”

It was not clear how she would perform the duties of register, a full-time job, and continue to be managing partner of the law firm previously run by her father, Edward G. “Buddy” McCormick.

Furthermore, according to the secretary of the commonwealth, registries of deeds “receive and record deeds and other instruments concerning titles to land, creating an index to locate land records.”

But the website of McCormick’s firm, McCormick, Murtagh & Marcus, says the firm has a “concentration in residential and commercial real estate.” That raised the question of whether holding down both jobs would be either a real or a perceived conflict of interest.

In addition, as the Edge has reported previously, Edward McCormick retired Jan. 31, according to his law firm. On Dec. 22, 2017, McCormick had submitted his resignation to the state Board of Bar Overseers, an independent administrative body that investigates and evaluates complaints against attorneys.

The affidavit of resignation was submitted “as a disciplinary sanction,” according to a judgment accepted by Chief Justice Scott L. Kafker of the state Supreme Judicial Court Feb. 5, 2018. Click here to read the summation of the “disciplinary action.”

In the affidavit, the elder McCormick “acknowledged that the material facts concerning his failure to diligently administer trusts, conflicts of interest, and charging of clearly excessive fees … could be proved by a preponderance of the evidence.”

The younger McCormick said she had collected 800 signatures in a petition drive, more than the 500 and change required to get on the ballot. Incumbent register Wanda M. Beckwith, who has been in that office since January 2007, has opted not to run for re-election, but her junior clerk for the last 10 years, Michelle Laramee-Jenny, is running for the register seat.

Great Barrington town clerk Marie Ryan confirmed to the Edge that the deadline for submitting petitions has passed and Laramee-Jenny is the only candidate for the nonpartisan November election for register.

In something of an upset, Boston City Councilor Joshua Zakim walked away Saturday from the state Democratic convention in Worcester with the party’s endorsement for secretary of state over longtime incumbent William Galvin.

Zakim, who visited Great Barrington in January after announcing his candidacy, picked up almost 55 percent of the delegates. Click here to read an Edge story about Zakim’s visit to South County and to view video of his presentation to the Democratic Town Committee and the Q&A afterwards.

Zakim, 34, has focused on making it easier to vote in Massachusetts by removing what he calls “unreasonable barriers” to casting a ballot. The 67-year-old Galvin was first elected secretary of the commonwealth in 1994. Among other things, the secretary is the chief elections officer in Massachusetts.

Zakim, the son of the late Leonard P. Zakim, a Jewish-American religious and civil rights leader in Boston, has also emphasized social and economic justice as campaign themes.

Michael Wise, who chairs the Great Barrington Democratic Town Committee, told the Edge the committee did not formally endorse any candidate in the race but that all but one of the town’s delegates at the convention voted for Zakim, who Wise said “impressed” the committee with “his energy and imagination” during that Saturday morning visit to the Claire Teague Senior Center.

“Not only had he already agreed with our call for automatic voter registration for the state, but he had moved to implement it in Boston,” Wise said. “At the meeting, Fred Clark told him he scored points just by coming all the way out to Berkshire County. I think we were one of his first campaign stops.”

Both Galvin and Zakim received more than the 15 percent of the delegates required to qualify for the Sept. 4 primary. The winner will square off in the Nov. 6 election against Republican Anthony Amore, the director of security at the Isabella Stewart Gardner Museum in Boston.