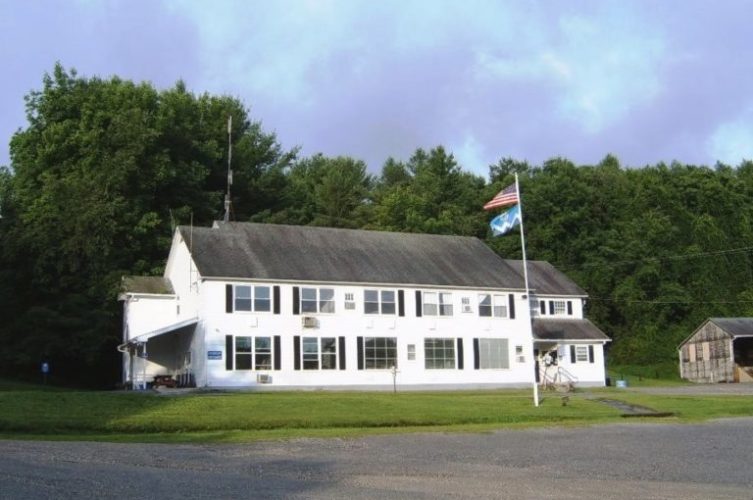 A thief or thieves drove up to Egremont Town Hall over the holiday weekend and made off with a brand new table that employees were using during lunch breaks. Photo: Egremont Town Hall, courtesy Town of Egremont

EGREMONT — As thefts go, it wasn’t exactly the record-breaking Isabella Stewart Gardner Museum heist. But it was still shocking enough for a very small town that surely has an equally low crime rate.

Over the holiday weekend, someone sneaked into the Egremont Town Hall parking lot off Route 71 and made off with a new outdoor table and some chairs that the town had recently purchased for its employees. 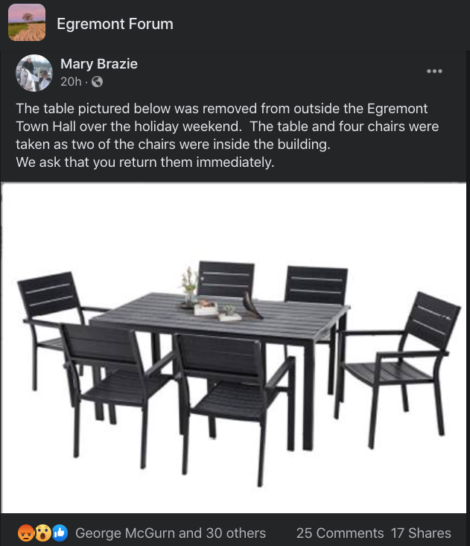 The new table was purchased only a week or two ago to augment an existing wooden picnic table. The idea was to get a second table to help with social distancing protocols during the pandemic and give town employees extra outdoor space during breaks.

Brazie said the table was in its place at the end of the day Friday, but when town employees returned on Tuesday morning after the Memorial Day holiday weekend, it was gone. Brazie said the new table cost the town roughly $400. Why someone would want to steal it is anybody’s guess.

“The funny thing is we joked about maybe cementing it to the ground or chaining it to the bike rack that’s out there because it was so lightweight that anybody could pick it up,” Brazie said in an interview. “But we really didn’t think somebody would.”

Town Hall does not currently have security cameras, but the adjacent police station does. It’s possible that those cameras detected something, but the table was on the southeastern side of Town Hall and out of view of the camera. Police Chief Jason LaForest is reviewing the recordings, Selectboard chair George McGurn told The Edge.

“They might have video of cars pulling in over the weekend, but of course our trash compactor was open on both Saturday and Sunday, and there’s only one entrance to the parking lot, the transfer station and to all of our buildings on this campus, but it’s possible,” McGurn said.

Brazie said the table, which is made of a metal frame and dark-colored wood, is too large to fit into a car or even an SUV. Only four of its six matching chairs were taken because two of them happened to be inside the building.

On the Egremont Forum Facebook page, McGurn termed the theft “an outrage.” He said town administrative assistant Will Brinker had “meticulously assembled” the table and chairs last week.

“Our staff has a collective, working lunch on this furniture. They never complain or resent an interruption,” McGurn wrote. “It’s their job and they perform it with pride. I repeat. This is an outrageous assault on the Egremont civility we, collectively, must fiercely protect.”

“So sad that this is happening here,” wrote Ellen Ring. “Now I understand why towns put chains on a bench in a park.”

McGurn said anyone with information about the theft should contact Chief LaForest at 413-528-2160.