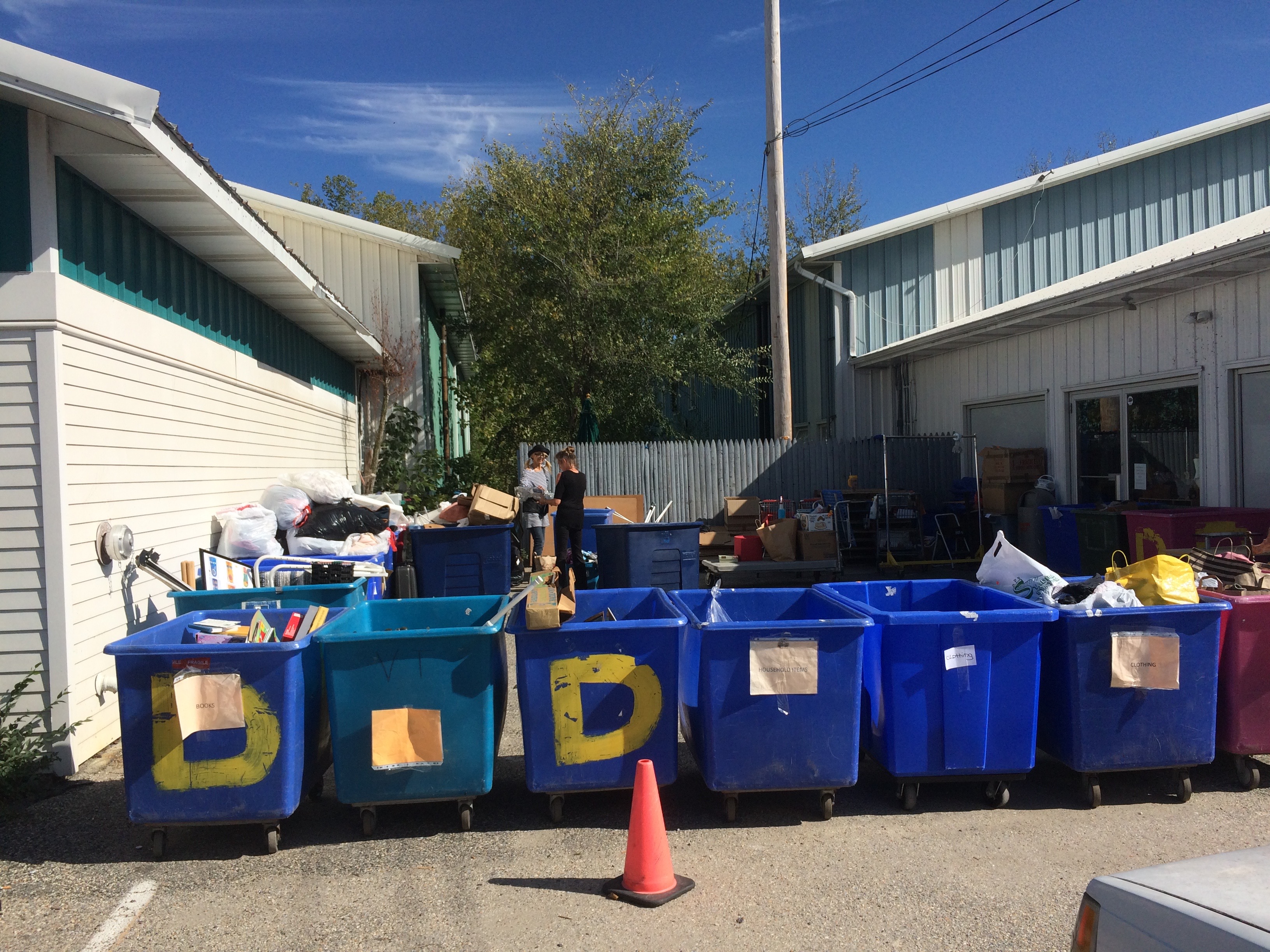 Egremont — Many gardeners in New England are in the habit of putting our kitchen scraps in some kind of compost pile.

Residents in Egremont can use the community compost pile on Transfer Station Drive, which was created as part of our push for zero waste. It is easy to recognize and easy to use. There are three enclosures. The left side is filled with contributions of raw veggie scraps. The middle enclosure is in the process of biodegrading. The third is full of fresh healthy organic compost we have made ourselves. It is free and available to town residents.

The town’s compost system is almost zero waste, but not quite. There is one type of kitchen waste that isn’t welcome. All meat scraps or bones are still sent into the general trash to keep the animals away from the compost.

But less than 100 years ago, there were men who circulated through the communities of New England collecting these scraps. They were called rag-and-bone men.

In truth the rag-and-bone men didn’t just trade in rags and bones; they would take anything that might bring a penny on the market. But rags were always valuable for the paper mills of New England, and bones were valuable for grinding into bone meal, used as fertilizer by the farms. Holly-Tone, made in New Jersey, is still the same product as it was then: among its many ingredients are ground bones.

Collecting rags and bones was not pleasant work – it fell to the poorest and most destitute of our citizens. Reviled because of their appearance and odor, they were kept at arm’s length and were often marginalized and even abused. But today we might see them as unsung champions of zero waste.

Providing rags to make high-quality paper goods was and is a stable and steady source of income. Today, rag-and-bone pickers work all around the world. Here in New England, until the middle of the 20th century, the ragmen were an essential part of the local economy and its paper mills.

Crane & Co. in Dalton still consumes tons of linen and cotton to make the paper currency of the United States. However, rags today are often made of non-natural fabrics instead of cotton, linen or wool, so finding rags for paper is not as easy as it once was. America now buys used rags from all over the world to meet our needs.

But we can still make a contribution to the rag trade by donating household fabrics and not throwing them in the trash.

To help us all get to zero waste, take that cotton sock lacking a partner, old blue jeans, pants, tee shirts, wool sweaters with no elbows, and cotton dish rags, and put them into the bins at Goodwill on Route 7 for recycled clothing. Staffers there will salvage what they can for resale, and sort the rest for shredding and textile recycling.

Despite the vital role the rag-and-bone men played in the economy, they were often considered macabre figures. Foraging through garbage and picking through the houses of the dead, they became figures for dark shadows and dead ends. In the holiday film “A Christmas Carol,” after the death of Scrooge, the servants rip the old man’s bedclothes right off the bed and take them to the rag-and-bone man in his darkened lair.

Here in New England they were a bit more polite, according to my grandmother. The rag-and-bone man came with a wagon and collected meat scraps in a bucket and other odds and ends that could be resold. She would leave a plate by the door for him, but she admonished her children to be good or he might carry them off!

So be forewarned! If you see a rag-and-bone man on Halloween, make sure you tip him generously. He has been seen scavenging among the dead looking for a penny or two with which to buy a meal. If he doesn’t get it, he might have to carry you away.