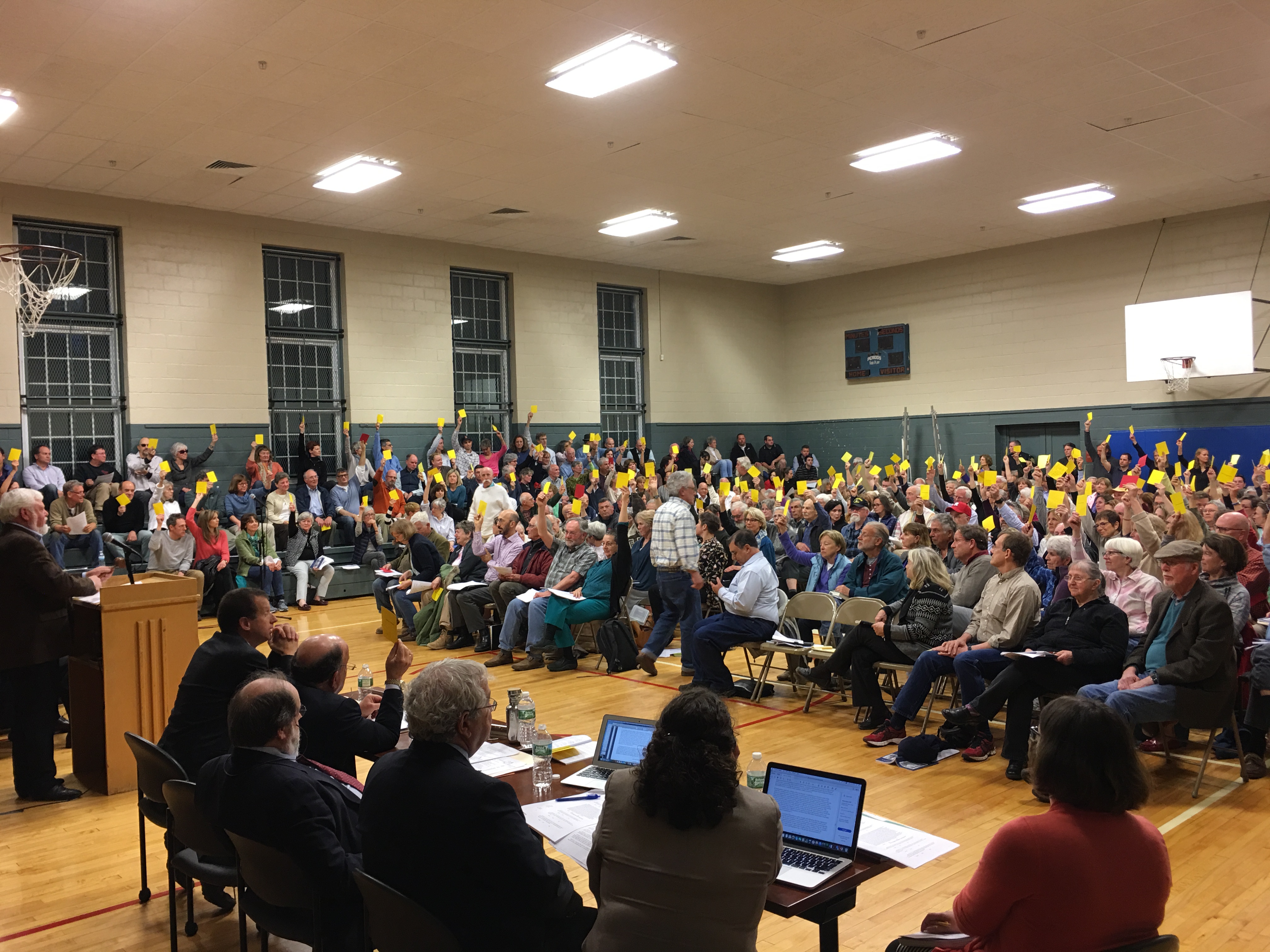 It has become axiomatic in the postmodern world that people act only out of their own self-interest. And to a great extent, it’s true that voters tend to cast ballots according to how issues affect their pocketbooks.

But last week, something happened in Stockbridge that defied those expectations. At their annual town meeting Stockbridge taxpayers did something unusual. They voted — not by a slim margin, mind you, but by a ratio of almost 2-1 — to enact a measure for funding capital projects at the regional school district that would eventually raise the taxes of Stockbridge property owners.

For that, as Great Barrington Selectman Ed Abrahams wrote in a recent letter to the editor, Stockbridge residents are to be commended, including former School Committee member Rich Bradway, who showed leadership and eloquently made the case on these very pages. The measure will change how the future capital portion of the Berkshire Hills Regional School District budget is funded. Currently, as per the regional agreement, the three member towns – Great Barrington, Stockbridge and West Stockbridge — are billed by the district for the capital and operational sides of the budget largely according to how many students each town sends to district schools.

But last year a proposal from the Regional Agreement Amendment Committee (RAAC), a panel appointed by the School Committee to examine regional issues in the wake of two failed capital projects for the district’s aging high school, recommended that the capital portion of the budget be funded by an equalized property tax rate — much as individual towns tax their residents to pay for roads and other town services.

The proposal had already passed muster in the district’s two other towns — Great Barrington  and West Stockbridge — but that’s not really surprising. Under the plan, West Stockbridge’s taxes would stay largely flat, while Great Barrington would see a substantial decrease in its share if another major capital project for the renovation of Monument Mountain Regional High School actually passd.

And that was the subtext of Monday’s vote in Stockbridge: while some in the town argued against the proposal, if the status quo had prevailed, the School Committee could have put forward another proposal to renovate Monument and once again it would surely have failed because of the perception among Great Barrington taxpayers that their town bears a disproportionate burden of funding the district. Tax weary Barringtonians will no longer be able to make that claim next time a proposal to rebuild Monument comes before voters, as it surely will.

Meanwhile, under the old method of taxation, the students would have continued to suffer with an out-of-date facility whose roof leaks so badly during rain storms that custodians have to deploy dozens of unused garbage cans just to keep the floors dry enough to walk on.

Some day, local historians will regard Stockbridge taxpayers as heroes for making this generous sacrifice so that children can get a better education. Meanwhile, there is much work to do if the district once again wants to get the ball rolling with the Massachusetts School Building Authority to obtain Berkshire Hills’ crucial share of funding to rebuild Monument. As the saying goes in auto racing, “Gentlemen, start your engines.”