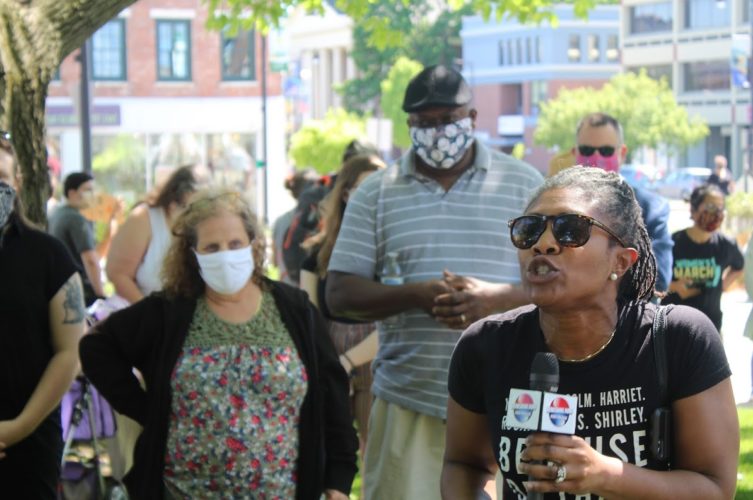 America is experiencing a time of chaos, tumult and strife unlike any we’ve witnessed since the Civil War. Within the span of six months, we have witnessed the rare spectacle of a presidential impeachment, a deadly flu pandemic that has claimed more victims than any since 1918, Depression-era economic conditions and racial unrest on a scale not seen since the 1960s.

The most recent unrest was sparked not by a war or a political assassination, but by an ugly and racist police killing in Minneapolis of a black man named George Floyd. One officer was charged with murder as a result of kneeling on the neck of Floyd, who was handcuffed and lying face down on the pavement, and suffocating him. As of this writing, three other officers are expected to be charged in connection with Floyd’s death.

Taken in isolation, any of these events would be traumatic in themselves. The fact that they have occurred at the same point in our history is nothing short of breathtaking.

This fragile and unprecedented period in the nation’s history is made worse by an abject lack of leadership in the nation’s capital. President Trump is either unable or unwilling to provide a steady hand at the helm, opting instead to divide Americans with both his words and his actions.

At this point, we should no longer be surprised at Trump’s behavior, for the “American carnage” he pledged to “stop” during his inaugural speech thrives under his watch, driven as it is by his molten rhetoric and authoritarian impulses. In a word, we have a madman in the White House who feeds on provocation and disorder even as he condemns it.

Fortunately, in Berkshire County we have leaders on the state and local levels who have stepped up to provide guidance and plead for calm through this crisis. The Berkshire County Branch of the NAACP and its chairman Dennis Powell organized a peaceful but emotional rally last weekend on Park Square in Pittsfield. Powell later wrote a letter to police Chief Michael Wynn thanking him for his department’s “professionalism” and support of the protestors’ constitutionally protected “right to peaceably assemble.”

State Rep. Smitty Pignatelli of Lenox wrote a heartfelt essay that he posted on social media. While condemning any “violence and looting” committed by “a small minority,” Pignatelli quickly added that “the protests are a response to decades of unjust police practices and centuries of discrimination.”

“The officer that killed George Floyd had 18 prior complaints filed against him, only two of which were closed with discipline,” Pignatelli wrote. “This sense of entitlement was created from a culture and system that never held him accountable and led him to believe he could unjustly harm a person of color without consequence.”

Congressman Richie Neal, who represents Berkshire County in Washington, attended a prayer vigil this week in Springfield. Neal told the attendees on the steps of City Hall that: “It is not enough for public officials to simply acknowledge the lives that have been lost to excessive police force. We must say it plainly: This killing of George Floyd was not an isolated incident. We must acknowledge the root cause and act.”

Fortunately, there are also signs of hope. In Boston earlier this week, protestors cheered as sympathetic police officers took a knee in solidarity to protest racial injustice and to pray for peace. Other cops have been seen hugging distressed protestors and praying with them. In Pittsfield, two officers at the aforementioned rally posed for a friendly photo with demonstrators on Park Square.

“Historically American presidents have seized unrest and turned that into a national motivator for good,” Neal said. “This president, however, has failed at every turn.”

Thank you Mr. Neal. Not only has the president flunked a critical test of leadership, but he has deliberately made the situation worse. He needs to go, and the sooner the better.