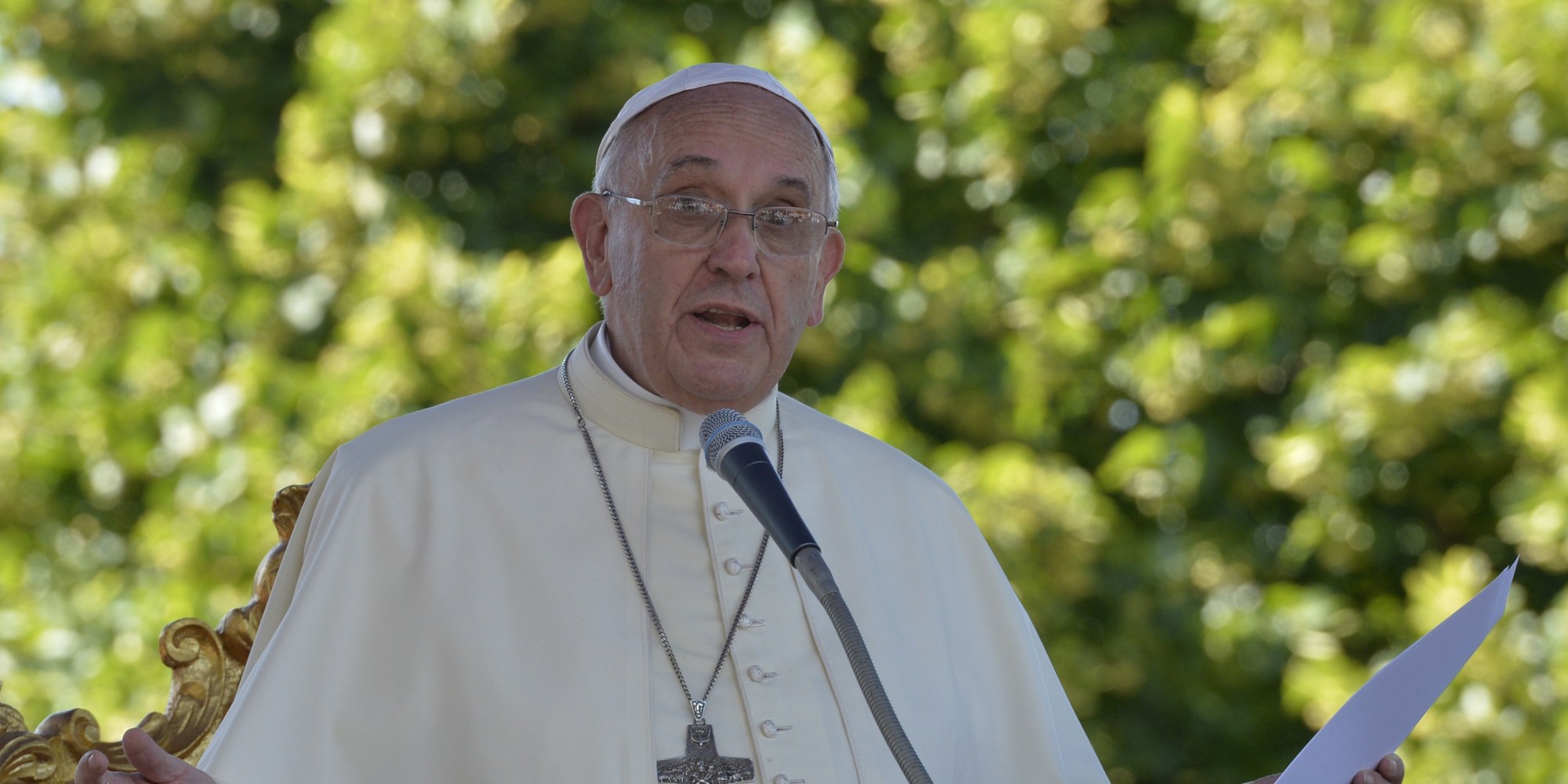 Pope Francis delivers a speech during a meeting with youth of the diocese on July 5, 2014 in Castelpetroso, southern Italy, as part of his one day visit in the Molise region. AFP PHOTO / ANDREAS SOLARO (Photo credit should read ANDREAS SOLARO/AFP/Getty Images)

Is it just my imagination, or is there a momentous feeling in the air this week? Finally, here in the Berkshires, we have gotten a touch of crisp fall weather, just in time for the arrival of the equinox on September 22, followed a few days later by a dramatic full moon eclipse, called a “supermoon” because our lunar satellite is as close as it ever gets to the Earth.

And in the midst of this dramatic celestial activity, the Pope is coming to town! Not just any Pope, but Pope Francis, who is clearly cut from visionary 21st century cloth. He’s the kind of religious leader the world needs now, and there is every sign that he is fully aware of his own potential to make historic change on a global level.

Too often we are shown the ways that world religions can be divisive, spreading intolerance or even active violence around the world. The Catholic religion played that role during the Inquisition, which was carried out worldwide in a bloody campaign to compel everyone to bow to Catholic doctrine. In the time of Christ, it was the Romans terrorizing the Jews and early Christians. Today we have the Islamic State trying to violently impose a religious regime in the Middle East.

Pope Francis, like his spiritual brothers the Dalai Lama and Archbishop Desmond Tutu, shows us the kinder, wiser, gentler side of religious leadership. He has set a brilliant example in insisting that moral piety cannot be achieved in the face of social injustice and suffering, daring to criticize corporate capitalism and its political lackeys throughout the world.

Most impressive to me is his understanding of the critical importance of taking the climate change threat seriously, and asking us to pay attention.

Paying attention can be oh-so-hard to do these days. All of us tend to get so caught up in the daily dramas of our lives that it can be hard to slow down enough to stare squarely at the big picture. We get our information from a media that is similarly hyper-distracted, with a tendency to focus on gossip and daily events rather than long-term trends and consequences. And we also have a national resistance, as Americans, to taking responsibility for our negative roles on the world stage. We like to think of ourselves as the heroic leaders of the free world, always bearing the standard of truth, justice and the American way.

The truth, of course, is much more complicated. “The American way” has gotten the entire world into a tremendously dangerous situation, with serious impacts already being felt as the poles melt, droughts and floods become more common, and wildfires rage out of control.

Pope Francis, in his impressive Encyclical on the environment, shows himself to be fully aware of the interlocking cause and effect of politics, industry and environmental destruction. He knows that those who are profiting least from the relentless burning of fossil fuels and razing of forests are also the most vulnerable to the devastating effects of climate change. He speaks with the full moral authority of the Papacy in calling on every Catholic — and indeed, every caring human being — to take responsibility for stewardship of our most precious planet, with its “natural resources” that we have, for so long, taken for granted.

On this week of the equinox full moon eclipse, Pope Francis will address the United Nations, calling for world leaders to focus their attention on the looming threat of climate change. In this same week, President Obama is meeting with Chinese President Xi Jinping, discussing, among other things, joint plans to work towards limiting carbon emissions. And in the Senate, Democratic leaders are presenting a bill that mandates an aggressive clean energy policy, cutting emissions by 2 percent per year between now and 2025.

Even industry seems to be finally getting the picture. A substantial op-ed piece in this week’s New York Times called for corporations to take responsibility for addressing the causes of climate change, “before it is too late. We do not have to wait for an international treaty or new regulations to act,” said the author, Joe Kaeser, CEO of Siemens. He goes on to lay out an ambitious plan to make the company, which currently produces almost as much carbon emissions worldwide as the city of Washington, D.C., carbon-neutral by 2030.

Kaeser details just how this will be accomplished, providing a road map for other companies to follow. He also makes the financial case for investment in cleaning up the company’s energy act: “we expect our $110 million investment to pay for itself in just five years and generate $20 million in annual savings thereafter. In other words,” he says, “cutting your carbon footprint is not only good corporate citizenship — it’s also good business.”

With Pope Francis making the moral case for shifting to renewable energy, political leaders working on treaties and agreements, and business executives coming on board with financial incentives, the clean energy movement is building momentum in a way that gives me hope we may actually be able to succeed, as a global human civilization, in creating the conditions for a sustainable future.

Yes, there are still the crazy Republican climate-change deniers grabbing the microphone at every opportunity, and obstructing positive change in Congress. But as world opinion shifts, led by forward-looking thinkers like Pope Francis, these conservatives will seem increasingly out of touch, stuck in ruts that don’t make any sense to the rest of us.

Yes, there is tremendous suffering, violence and destruction in the world — we can’t deny it or pretend it doesn’t exist. But we can use our awareness of the pain of the world to spur us on to make things better — in our own spheres as well as on a global level, through our support for visionary creative leaders like Pope Francis, or our own President Obama, who has had the courage to challenge the stranglehold of industry on American environmental policy.

These are momentous times. Let’s go with the flow and build a mighty movement, to leave a better world for our children and grandchildren to inherit.