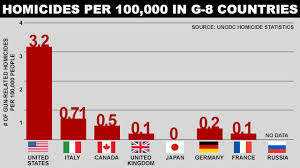 Last week’s massacre in Oregon killed not only a group of college students assembled in their classroom, but also their professor. The whole scenario hits uncomfortably close to home for me, as a college professor — at an institution, right here in Great Barrington, that was one of the first to be plagued by a student gone amok on a shooting spree that ended up killing a student and a faculty member, back in 1992.

At the time, such rampages were very rare. Now, they are so commonplace that President Obama described them, bitterly, as “routine.”

We know why — because gun control is so lax in this country that it’s easier to buy a gun than to get a driver’s license or a prescription for medication. And not only that, but guns have gotten much more lethal these days — it’s relatively easy to obtain semi-automatic weapons, like the guns that killed masses in minutes in Sandy Hook and Aurora and Charleston and so many other communities in the U.S.

Like President Obama, I worry about the “numbness” that is settling over Americans, our outrage muted because we’re just too emotionally spent to keep grieving. It’s so frustrating to feel like we’re being held hostage to the National Rifle Association, which wields the Second Amendment like a bludgeon any time there’s a hint of gun control in the air.

We all know that the Constitution has been amended many times since the Founding Fathers laid down their pens. In past centuries, we have come together as a nation to abolish slavery, and eventually to recognize the rights of women and people of color to full equality as citizens. Each time, these struggles for justice have been won only by dint of focused, determine struggle and coalition-building among allies.

With deaths from gun violence spiraling out of control and mass shootings on the increase, it’s time to revisit the Second Amendment and modernize it for the 21st century.

Retired Supreme Court Justice John Paul Stevens has proposed the addition of a simple phrase that would clarify the Founders’ original intent with the Second Amendment, which was not to allow private citizens to amass personal collections of lethal force in their homes, but to make sure that they were properly armed when serving in government-organized militias.

The Second Amendment, Justice Stevens says in a recent book and article, “was adopted to protect the states from federal interference with their power to ensure that their militias were ‘well regulated,’ ” meaning provided with necessary guns and ammunition to carry out their state-sponsored duties. In modern times, the work of “militias” is carried out by police forces, security details and military reservists, all properly trained and equipped. There is no justification for twisting the Second Amendment to protect the rights of ordinary citizens to bear arms without regulation.

Justice Stevens’ proposed five-word amendment, added in italics to the original wording below, makes perfect sense to me:

“A well regulated Militia being necessary to the security of a free State, the right of the people to keep and bear Arms when serving in the Militia shall not be infringed.”

In other words, let the Second Amendment cover the right of our modern-day militias, the police, military reserves and other security forces to bear arms. But there is no reason for an ordinary citizen to have assault weapons sitting in his living room. That’s just asking for trouble, and we surely have enough trouble in the world as it is.

In my own little town of Housatonic, Mass., we have a gun shop right in the middle of town, next to the liquor store and the post office. It does not make me feel safer to know that many of my neighbors are probably armed. Who’s to say when and where the next ticking bomb combination of semi-automatic weapons and psychosis is going to go off? This time it could very well be in one of the schools in my town. Or in the local mall. Or in the movie theater.

Americans, is this really how we want to live? In constant low-level fear that our lives, or the lives of our loved ones, may be snuffed out for no reason by madmen with access to lethal weapons?

I use the term “madmen” deliberately because let’s not forget, boys and men are overwhelmingly responsible for mass shootings. For this reason, and in the name of Nancy Lanza, the mother and first victim of the Sandy Hook murderer, I propose that we need a mothers’ movement on the scale of MADD, Mothers Against Drunk Driving, which has succeeded in lobbying state legislatures to impose sensible regulations that have substantially reduced the number of young people driving under the influence and killing themselves and others. 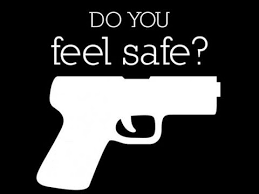 We could call our new gun control movement Mothers Against Gun Impunity, MAGI for short, remembering the Magi as the wise men who, in the Bible story, recognized the baby in the manger as the future preacher of “do unto others”-style love and respect.

It’s time to do whatever it takes to stop these horrendous massacres by tightening up the sale and possession of firearms, making sure that only those who are well trained and mentally sound can legally possess them. If it takes an amendment to the Constitution to make this happen, so be it.

How about it, mothers? How about it, wise men and women of America? We can stop the routine and unnecessary slaughter of innocents. We can, and we must.