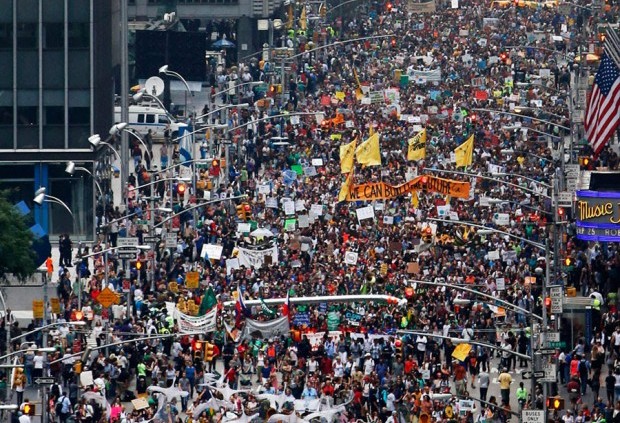 We live in a time when it has never been easier to connect with like-minded people and go from individual angst to creating a social movement to change the world. As the huge “hive brain” of the Internet enables us to communicate with each other instantly, we are seeing the saying “Knowledge is Power” enacted constantly, in scenarios large and small, all over the world.

It used to be that only big corporations, organizations or governments could wield the power of knowledge on a big scale. Now, any savvy citizen with a smart phone can take to the Worldwide Web and speak directly to the hearts and minds of millions of people, instantly. 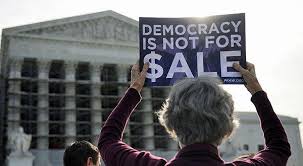 As a result, what used to be a fairly orderly “information superhighway,” on which people traveled while following the signs and obeying the rules, has now become a colorful parade route, with clusters of people carrying multifarious signs of their own, moving to the beat of their own drums and blocking official traffic as they see fit.

The up side of this shift is the great potential for ordinary citizens to successfully pressure governments, organizations and corporations to represent the interests of the majority. That is how a participatory democracy is supposed to work, after all.

The problem in the U.S., whether at the town, state or national level, has always been that other familiar slogan: “Money Talks.” From the unfair tying of public school budgets to local property taxes to the Citizens United decision allowing unlimited corporate “buying” of politicians, Big Money still plays a disproportionate role in defining (often limiting) the lives of the majority of Americans.

In our time, it seems that we are reaching a critical turning point in awareness of how the manipulation of Knowledge creates or denies Power.

For example, we are seeing ordinary people discovering and wielding the power of the video cameras in their phones to protect innocent citizens from racist assaults by law enforcement officers. What would once have been perceived as a “local incident” is now shown to be an insidious nationwide discriminatory practice. Allies can join movements from wherever they are, and make their views known loud and clear on the Internet stage.

In the past week, we have seen this new citizen power used to bring down top officials at the University of Missouri, who were punished by students for not taking complaints of racism on campus seriously enough. Similar dramas are playing out on other campuses this week, including Yale University. 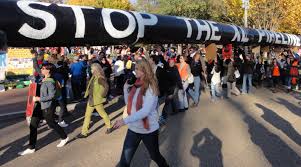 At the national level, we saw the relentless pressure of environmental activists score a big victory this past week in the rejection by President Obama of the Keystone XL pipeline.

In the Northeast, citizens are mounting a similar fight against a proposed pipeline to carry fracked natural gas through rural communities in New York, Massachusetts and New Hampshire, on its way to export at the big tanker depot at St John, New Brunswick.

As with the Keystone XL, a wide range of citizens has come together to resist the imposition of this pipeline in precious wilderness areas, armed with the Knowledge that what our region needs to be building now is renewable energy infrastructure, not monuments to the fossil fuels that are killing us slowly through climate change.

The danger of claiming Knowledge as Power is that knowledge too can be manipulated, as we now know the fossil fuel companies tried to do for many years by paying for manipulated “scientific reports” denying the reality of climate change.

This is why education remains so important to the health of our society and indeed our world, and why one of the most important functions of education is to give people the tools and skills to be able to discern truth and reality from falsehood and misrepresentation.

Of course, there will always be disagreements and conflicting perspectives. One person’s “deluxe hotel” will be another’s “big-box monstrosity.” One person’s claim of racism will be met by another’s insistence on freedom of speech.

These differences of opinion are what make our democratic social sphere vibrant and alive to the possibility of change. What’s so encouraging about our time is that more and more people are becoming engaged in the dynamic process of shaping our society, understanding that we ordinary folk do have the power to make change happen.

It was ordinary folks, working together, who elected our first African American President in 2008, at a time when many thought it was still impossible. Ordinary folks went to Washington, D.C., and got themselves arrested by the hundred to insist that the Keystone XL project should never be built.

There are many more battles yet to be fought in the years ahead. I am looking forward to some more modern-day David-vs-Goliath surprises. The truth is that balance of power is shifting: Goliath is now us, ordinary citizens linked together through the Internet, working together to make our dreams and visions real.