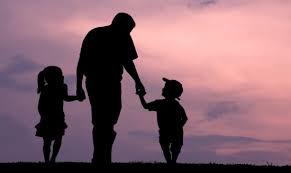 This coming weekend marks both the Summer Solstice and Father’s Day; both the natural world and American culture coming together to celebrate the masculine principle, traditionally embodied by our magnificent, life-giving Sun. What better time to reflect on the all-important role of the father?

In the traditional American nuclear family model, fathers were the breadwinners, while mothers focused on childbearing and housekeeping. These days, it is only a very small slice of society that can afford to maintain those gendered divisions of labor. Most families need mothers to be bringing home a paycheck; and if both parents are out working, both parents also have to partner in childcare and keeping the home fires burning bright.

Studies show that men are slowly adapting to this new reality. According to a large Pew Research Center study published in 2013, “fathers’ time spent doing household chores has more than doubled since 1965 (from an average of about four hours per week to about 10 hours). Mothers’ time doing housework has gone down significantly over the same period (from 32 hours per week to 18).”

The study found “there is still a large gender gap in time spent with children: Mothers spend about twice as much time with their children as fathers do (13.5 hours per week for mothers in 2011, compared with 7.3 hours for fathers).”

I’m sure all of us who are parents have felt this stress firsthand. Do we go to that cocktail party with the boss, or do we go to our son’s Little League game? Do we stay home with a sick child, or do we leave her in front of the TV and get ourselves to work?

In an ideal parenting partnership, such choices are shared, and responsibilities rotated. Previous generations of dual-income marriages often foundered on the shoals of trying to hit the right work-life balance for both women and men. A 2013 U.S. Labor Bureau study of people born between 1957 and 1964 found that “approximately 42 percent of marriages that took place between ages 15 and 46 ended in divorce by age 46.”

To weather the stresses of working and parenting, both moms and dads need more support. For one thing, the U.S. should follow the Scandinavian countries in providing paid maternity and paternity leave. In Sweden, for instance, parents are entitled to 480 days of paid paternal leave on the birth or adoption of a child; the leave can be taken by either parent, or both sequentially. If the parents opt to share the leave equally, they get a substantial “bonus” payment from the government, which actively seeks to promote gender equality.

A year ago, President Obama hosted the first-ever White House Summit on Working Families, and published an op-ed piece in the Huffington Post, arguing from its title that “Family-Friendly Workplace Policies Are Not Frills — They’re Basic Needs.”

I agree with the president 100 percent when he says that “Parents who work full-time should earn enough to pay the bills and go to work every day knowing that their kids are in good hands. Workers who give their all should know that if they need some flexibility, they can have it — because their employers understand that it’s hard to be productive when you’ve got a sick kid at home or a childcare crisis.” 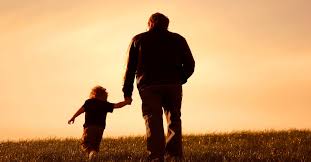 Family-friendly workplace policies “are a good business practice,” Obama says, “because they help build loyalty and inspire workers to go the extra mile….The strength of our economy rests on whether we’re getting the most out of all of our nation’s talent,” he says, on “whether we’re making it possible for all our citizens to contribute to our growth and prosperity.”

What is all the hard work of parents about if not paving the way for our children’s future? And isn’t it the work of every generation of citizens to make our country, and our world, a better place for generations to come?

This Father’s Day/Solstice, let’s celebrate the dads we know who are bringing home the bacon and frying it up for their families, too. Let’s celebrate fatherhood as the multi-faceted role it should be, and let’s continue to work societally and politically to make our country a place where parents have the time and energy to have fun with their children, not just on the occasional summer holiday, but all year long.