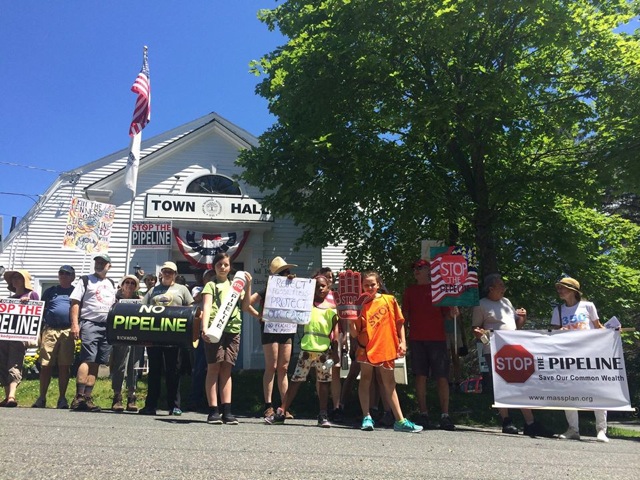 When I was in middle school, our class had volunteer days where we would go help in a soup kitchen, visit a nursing home, or pull invasive plants at a nature preserve. On hearing about whatever field trip it was, my mother would say, with a good deal of disdain, “Community service starts at home.”

She meant a few things by that. “Go empty the dishwasher,” for one. And “why is your school wasting your time with these bleeding heart liberal causes?” for another. She also meant simply that I should call my grandmother instead of spending an afternoon with other people’s grandparents, or help my sister study, just as my mom was helping her own sister with her impossible debt and mortgage. My mom’s focus was on family, extended and immediate, in an admirable and generous way.

Much to my mother’s chagrin, I turned out to have a bleeding heart of my own, becoming an organizer, going to protests, and working for an environmental magazine (“You don’t really believe in that stuff, do you?” she asked when I started working at Orion Magazine). While I know she’s right that of course we have to show up for our own families, I also think we have to show up for our broader communities. Strong families and individuals are fostered by healthy community, and we certainly can’t solve problems like poverty and climate change from inside our homes.

This opens up a wide range of projects to work on and banners to take up. As an activist with a full time job, a question I come up against over and over again is where should I focus my energy and limited free time? (Town meetings? Community building? Local anti-pipeline protests? Protests in New York City? Writing?) And how far can I extend my definition of family and community before becoming totally overwhelmed with the problems and needs of the planet?

In a recent interview at Roarmag.com, Naomi Klein, activist and author most recently of This Changes Everything: Capitalism vs the Climate, says, “I don’t think you can love a whole planet. I think what’s driving the most powerful resistance movements is love of particular places.” Klein goes on to cite Wendell Berry, who says that each of our jobs is to love our place more than any other place. I think both of them would argue that in order to do that, we must understand how our place is connected to other places, and sometimes that means stepping out.

As the massive Peoples’ Climate March approached in September, I began to notice excitement generating in the Berkshires. The Berkshire Node of MA-350 coordinated transportation to New York City, and approximately three hundred Berkshire residents traveled down to participate. In my experience, it’s easy to get sucked into the Berkshire bubble of social activity, community projects, and the beauty of the hills and quiet lakes. I was surprised and happy to find that so many locals were organizing to go.

Being overwhelmed with commitments in the Berkshires, I didn’t attend the march — a decision I felt strangely confident about. It helped that I knew I had other ways to contribute to what I saw as the goal of the march: shifting culture and consciousness around climate in order to create more sustainable and just ways of being on the planet. But obviously not feeling quite at ease with my decision to stay home that day, here I am still prodding the question of where I should be expending my energy.

After the march, I spoke with a friend who is committed to community organizing around food and social justice in the Berkshires, someone whom I would never have thought of as unsure about how she should spend her time. “I struggle with my role in the big picture,” she said, “but I’ve felt really good about connecting with the climate march.” She couldn’t go to the march either, though; she settled for watching it via Livestream. Both of us felt nourished and energized by seeing the way our community got charged up by claiming its stake in the global movement. Without even going to the march, we were fueled by the energy it created, and felt a part of it.

The climate march was organized by a coalition of more than a thousand organizations. Many of those groups are local in focus, fighting their own battles to protect and sustain their places. There were those fighting to keep shale gas in the ground and those fighting to prevent pipelines (that would carry that same gas) from being built. There were people working to build green energy infrastructure in their communities and people working to get Congress and the U.N. to pass mandates that minimize carbon emissions. There were people from frontline communities whose homes are already being devastated by climate change and fossil fuel extraction.

In coming together, we learn from each other. We empathize and are moved to act in new ways. We share in the emotional burdens of the hard work we are doing together, and we also share the tools we need to succeed. We are encouraged that we are not working alone. For those reasons alone, events like the People’s Climate March are important, regardless of their direct political outcomes.

Seeing all of the different approaches to climate frees me up to work in the ways that best suit me and complement what other people are doing. We have to understand and embrace the big picture before we can see our place in it. Even while we stay rooted on our home ground, we have to look outward to see how our endeavors are connected to everything else that’s going on.

Kristen Hewitt is an Assistant Editor at Orion magazine where she has worked for the last four years. She attended the Salt Institute for Documentary Studies in Portland, Maine, after graduating from Bates College. Her writing has appeared in Terrain.org, Orion, and the Farmers’ Almanac. She lives in Great Barrington.