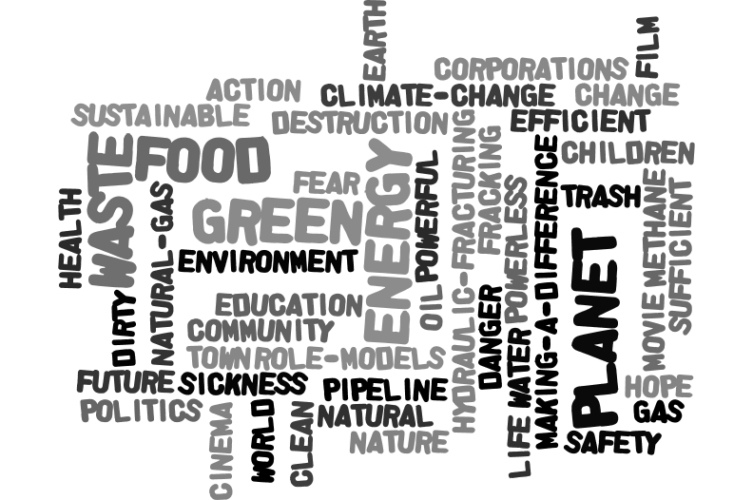 I have spent the last semester studying environmentalism through film as part of my senior year studies at Bard College at Simon’s Rock, but until I attended the Project Native Environmental Film Festival this past weekend, I did not truly appreciate how important film is as a medium for social awareness and social change. 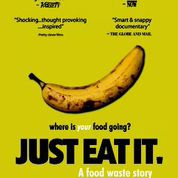 The Project Native Environmental Film Festival is mounted free of charge to the community, thanks to support by a number of sponsors, including the Sohn Foundation. I was excited to attend the Saturday night screening at the Mahaiwe Performing Arts Center in Great Barrington of Just Eat It, and I have to say, the event met my expectations and more. When I entered 15 minutes prior to the event, my father and I had trouble finding seats. The Mahaiwe Theater was packed, and there were people sitting up in the balcony rows. I was thrilled to see so much local participation, and the crowd was lively and engaged, filling the theater with sudden gasps and murmurs as the film unfolded.

Film provides a combination of audio and visual components, but more than that, film provides a story. We can connect to a story, because this is how we communicate and connect to one another. I can understand that food waste is a problem, and look at a statistic and tell you that it is terrible, but once I am confronted with images of the sheer magnitude of piles of wasted food and the story of people who tried to make a difference, that is when I have to take a look in the mirror and really consider taking action.

After the screening, when Grant Baldwin (director) and Jenny Rustemeyer (producer and composer) walked on stage, it was like seeing celebrities. I had seen their wonderful previous film, The Green Bin Project, but to see them in person added a new dimension to the film experience. It reminded me that they are real people trying to make a difference by using their life experiences, talents and a large dose of humor to inspire others to make positive changes. As they talked with the audience, I felt an instant connection to them, as if I had been along with them on their journey. Statistics do not inspire action, people do.

Each one of us as an individual can make a real difference by serving as a role model for everyone else. Let us not forget about the power of community. Film has the power to reach so many people, which is why I see it as one of the most important vehicles for environmental awareness and social change. But just seeing a film is not enough. We also have to get together and talk about the issues raised in the film, and what we can do in our own communities to work for positive changes.

Working with Project Native, I am excited to announce that I will be hosting an environmental film with a panel at Bard College at Simon’s Rock on April 25 at 2 p.m. The featured film is Groundswell Rising, a story of how local activists have come together to fight fracking in their communities. This film serves as a powerful reminder of the impact a community can make. The proposed Northeast Energy Direct (NED) Kinder Morgan Pipeline is a threat to Massachusetts, and I hope that this film will raise awareness, and inspire a continued sense of urgency. After the film, a panel of distinguished guests will discuss their work opposing the pipeline in Massachusetts. Panelists include Jane Winn, Executive Director of the Berkshire Environmental Action Team (BEAT); Polly Ryan from the Plainfield Pipeline Committee; Rachel Branch, producer of the Solutions Rising television show; and William Jackson, a local activist and concerned private citizen.

Here in the Northeast, more than 50 towns have stood up against the pipeline and declared that it will not run through our land. This film brings the battleground home by providing local stories of people dealing with gas pipelines in their backyard. Being able to meet and talk with real-life activists from our own local communities, in the panel following the film, is what will really bring this story to life for us here in the Berkshires. Coming together and fighting for what we believe is right is what is going to make a difference in our own lives, and the lives of generations to come.
NOTE: I would like to give a special thanks to Project Native, and Karen Lyness LeBlanc for her outstanding job organizing the Project Native environmental film festival, and for all of her help connecting me with local activists.

Marjorie Cort, a senior at Bard College at Simon’s Rock, is majoring in Environmental and Sustainability Studies with a focus on Political Ecology. She is currently writing her senior thesis on climate change and international conflict resolution. Although her focus is on international environmental affairs, she is passionate about bringing environmental issues to the forefront in her home community of Berkshire County.