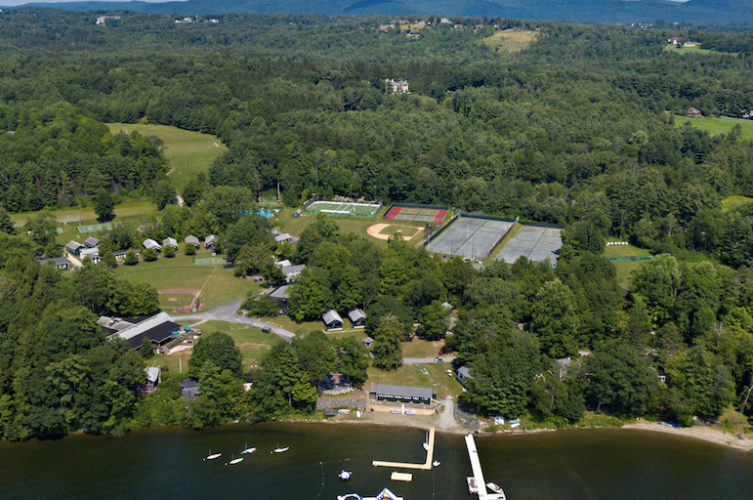 Editor’s note: This story and headline have been updated to include a statement from the state Department of Fire Services.

Stockbridge Fire Chief Vincent Garofoli could not be reached for comment, but reports on the Southern Berkshire Weather/Emergency Reports Facebook page indicate that multiple departments were called and several structures were fully involved when the fire was reported not long after midnight this morning.

Ray Dumont, who administers the page and is himself a volunteer firefighter, posted three photos and relayed information to the group as it came in. He said, in addition to the Stockbridge Fire Department, operational assistance was requested and received from departments in Lenox, Richmond, Egremont, West Stockbridge, Great Barrington, Becket, Hinsdale, Otis, and three departments from New York State. Several other departments were asked to provide coverage in those towns’ fire stations.

“[Five] buildings completely destroyed but many others were saved due to quick work,” Dumont said. “Luckily the camp was not open and full of people, state fire Marshall [sic] is investigating and no injuries were reported.”

Garofoli later told the Berkshire Eagle that while the state fire marshal’s office “is reporting eight buildings as involved … the total includes one building that was divided by three wings.”

Most of the cabins remain intact but a staff residence was destroyed. Fortunately, however, none of the camp’s “critical infrastructure” was affected and because most of the damaged buildings were either not in use or were used for storage, the sleepover camp is expected to reopen in five weeks, as scheduled, he said.

Camp Mah-Kee-Nac sits on 80 acres on the Stockbridge Bowl, off of Hawthorne Road just south of the campus of Tanglewood, the summer home of the Boston Symphony Orchestra

The state Department of Fire Services is investigating. A news release is expected later today.

Below is a statement from the state Department of Fire Services that was issued after this story was published:

STOCKBRIDGE – Stockbridge Fire Chief Vincent J. Garofoli and State Fire Marshal Peter J. Ostroskey said the cause of last night’s fire at Camp Mah-Kee-Nac, a summer camp in Stockbridge, was the improper disposal of oily rags. Eight cabins were destroyed, including one used to store pool chemicals. This resulted in a state Hazardous Materials Team response to monitor the fire ground for safety. The Massachusetts Department of Environmental Protection (MassDEP) oversaw the removal of the remaining chemicals by a private hazardous materials removal contractor. When pool chemicals get wet, they can cause toxic chlorine vapors. One firefighter was injured, treated and released from a local hospital.

Crews were staining on the property yesterday and the oily rags were stowed in one of the cabins overnight. As these chemicals evaporate, they can generate heat and if the rags are balled up or mixed with other trash, they can spontaneously ignite. For more information on the proper handling of oily rags, go to: https://www.mass.gov/service-details/disposing-of-oily-rags

The fire was jointly investigated by the Stockbridge Fire and Police Departments and State Police assigned to the Office of the State Fire Marshal.