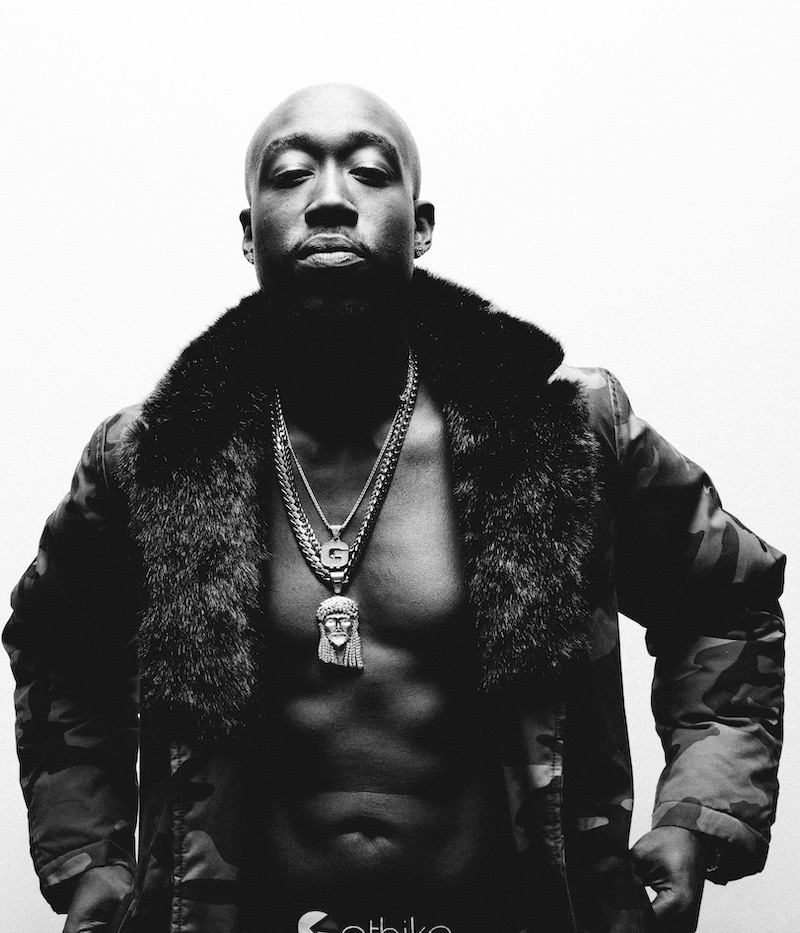 Grammy-nominated rapper Freddie Gibbs stars as Money Merc, a performer sent to the Berkshires to finish his album without distractions. Photo: Nick Walker

SANDISFIELD — Diego Ongaro, an award-winning filmmaker who hails from France and now lives in northwest Connecticut, has a penchant for the boondocks — specifically, the deep woods of Sandisfield. “Bob and the Trees,” his first feature film, was largely set at Snow Farm on Beech Plain Road and starred Sandisfield resident Bob Tarasuk as the eponymous 50-year-old logger (with a soft spot for golf and gangsta rap) who is struggling to make ends meet in a merciless industry. That film had its world premiere at the 2015 Sundance Film Festival, won the top prize at the Karlovy Vary International Film Festival in Czech Republic, and screened in more than 20 international festivals around the world (as well as on Netflix and Amazon). This past year found Ongaro back, literally roaming the 53 square miles of the largest town by area (and seemingly most desolate with regard to residents) in Berkshire County to film “Down with the King” in the midst of a global pandemic.

“[The film is] set in the same community, the same region, with some of the same characters who come back [in supporting roles]” as “Bob and the Trees” Ongaro told The Edge in a recent phone interview. Except this time, the Berkshires are seen from an outside perspective; Mercury Maxwell, a rapper who goes by the name Money Merc, is sent to the 413 by his manager to work on a new album, undistracted from New York and his life there. Real-life rapper Freddie Gibbs makes his debut in Ongaro’s second feature-length film, and his character quickly strays from the goal. Instead of diving deep on the music front, Maxwell spends most of his time at a neighbor’s farm, learning about the industry and serving as a makeshift apprentice, while seriously contemplating homesteading. It’s a pandemic-esque storyline save for the fact that Ongaro began writing the script in 2015, which means things falling into place were nothing short of serendipitous.

“The timing was sort of crazy,” said Ongaro, who was struggling to package the film together (a k a find casting and money), when the pandemic started last March. He had discovered Gibbs, an individual in whom he saw “huge potential” due to his “personality and charisma, a natural sense for acting, and a big sense of humor.” Once the pandemic hit, and everyone was stuck at home, Ongaro had an idea: “[Gibbs] is probably in the same situation as everyone else in the country, he’s stuck with his kids, not being able to tour; this is the time to reach out to him.” Ongaro’s intuition  was spot on, and Gibbs — in the midst of reassessing his own priorities as concerts and live appearances screeched to a halt — got on board pretty quickly with the project, one that not only piqued his interest but also resonated with the Grammy-nominated rapper.

“[That was] a huge turning point for us,” said Ongaro, who had been ready to throw in the towel. He spent the rest of the summer finding producers to come on board “kind of at the last minute,” and financed the film with Freddie attached. Despite the raging pandemic, and numbers steadily rising across the country, Ongaro was hell bent on filming in the fall, a season that, in the Berkshires, includes “October, maybe a little bit of November, but after that you’re done, it’s winter. And the story cannot happen in winter,” he said of the focus on food and farming. “We were able to turn things around really quickly, granted it was a huge challenge,” said Ongaro of a long list of tasks that ranged from finishing casting and scouting locations to hiring a crew and figuring out all the COVID testing rules and protocols.

“Being in the middle of the woods versus being in a city, and with a small crew, [made it possible for the cast and crew] to quarantine for a month,” said Ongaro of a filming process that spanned four consecutive weeks. A full-time COVID supervisor on set ensured masks were worn and protocols were followed, and nurses came three times a week to test the entire cast and crew. “It was really intense,” said Ongaro of a process that had almost zero wiggle room for the hiring of a last-minute actor or a false positive test result. The film was shot mostly in Sandisfield, with bits of Great Barrington and Lenox, as well at the Mt. Everett State Reservation in Mount Washington. While harnessing these hyper-local elements during a (hopefully) once-in-a-lifetime pandemic led to a particular flavor, Ongaro brings his own flair to the bigger picture.

“It’s really interesting to me to mix both worlds and see what happens,” he said of his decision to use skilled, experienced actors like Jamie Neumann (“Lovecraft Country”), David Krumholtz (“The Deuce”), and Sharon Washington (“Joker”), with non-actors like Bob Tarasuk. Add scenes whose dialogue is largely improvised — with nothing save for a few sentences here or there to guide the scene — and Ongaro’s style begins to emerge. “I think it really helps immersing people into the world you are seeing; it brings authenticity, and most of the things that I like — including films by the Dardenne brothers or “The Rider” by Chloe Zhao — are made this way, a sort of blend of fiction and documentary, really tight, beautiful films.”

Ongaro toggles back and forth in his approach. “Bob and the Trees” started with his knowing Tarasuk “and extrapolating from the real character into fiction,” albeit heavily inspired by his life and what happened to him. For “Down with the King,” “it was kind of the opposite.” Ongaro began with someone unknown to him, “this rapper that I sort of made up, just imagining a famous artist and throwing him into the world that I know.”

The appeal became “a real rapper playing half his own self and half the character I created,” an experience Ongaro draws on to create authenticity. “[Gibbs didn’t] have to pretend [he had] the skill and talent [of a rapper];” this approach also allowed for a segue from stereotypes and the persona many performing artists build out. “They are not necessarily the same person on stage or as a public figure as they are in their house when they come home to their kids,” Ongaro said. When someone can act, and has the charisma to make a good film character, “it creates something that is not exactly documentary and not exactly Hollywood. It’s in between.”

This expert blend inevitably creates characters who complement one another with entirely different skill sets — something Ongaro et al. hope will garner some attention as “Down with the King” makes the film festival rounds in the near future. For now, they remain in post-production on the film that Ongaro hopes will be finished by summer’s end, at which point he will be poised to “present the film [and] find a suitable partner [for distribution].”

I, for one, wanted to know if my neighbor — Bob Tarasuk — is a good actor, a good character, or both (considering he’s now shown up in two of Ongaro’s productions). Here’s what Ongaro had to say:

“Asking [Tarasuk] to play Louis XVI or a French Revolutionary would be trickier, but no, no, no, Bob is amazing, and he is going to burst the screen again in this one. The chemistry with him and Freddie Gibbs is incredible, and seeing this Black man, [this] famous man, and this older, white farmer bonding the way they do in this story, I think, is something really interesting and refreshing in the time we are living.”