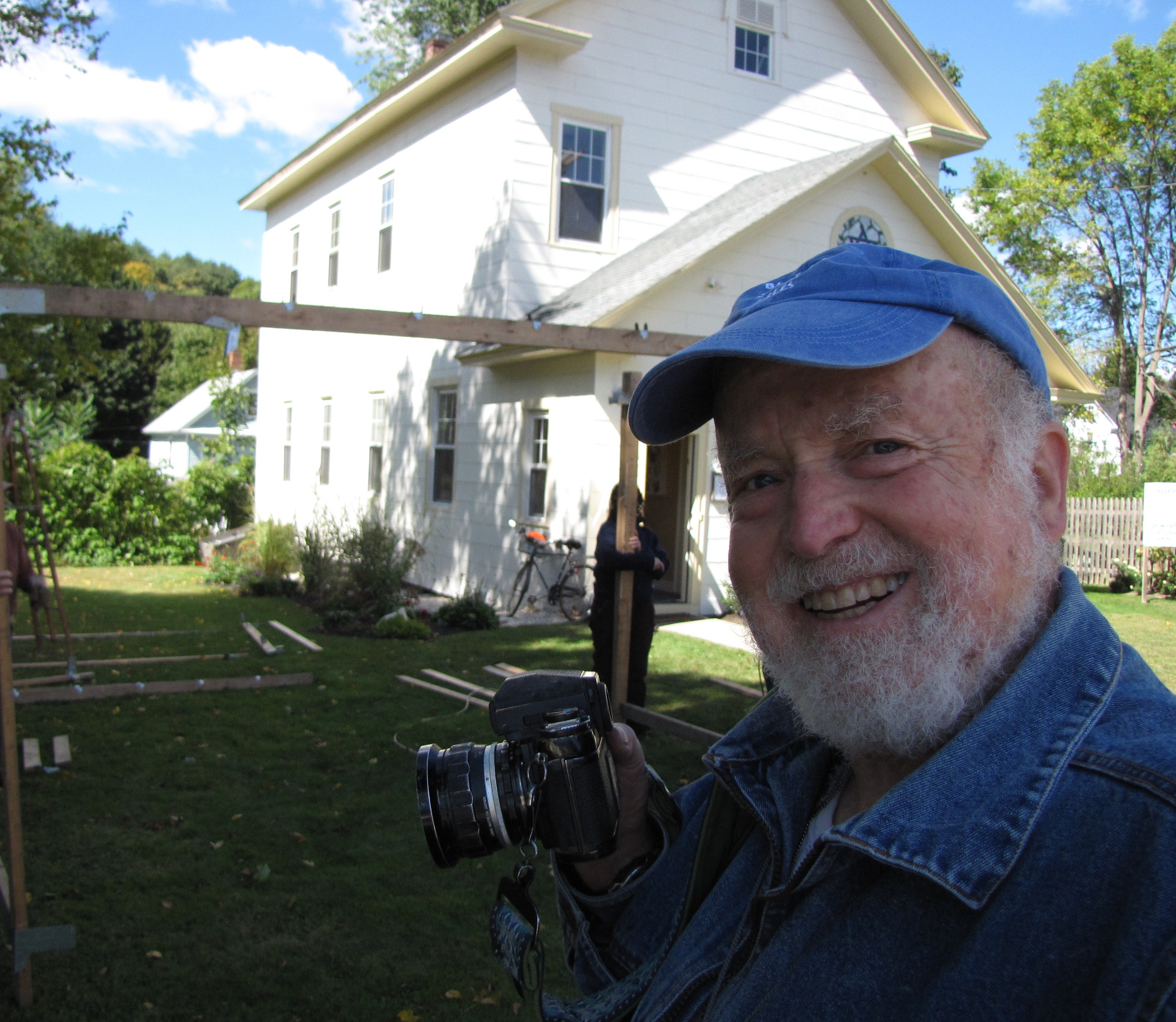 Westerville, Ohio — Don Victor—a warm-hearted and zany resident of Great Barrington since 1976, who was best known as the town’s unofficial community photographer, constantly snapping up-close and personal candid pictures of local people and places, but steadfastly keeping both his photos and details about his personal life in a darkroom—has passed away at age 82, leaving behind a bonanza of hundreds of thousands of images and many friends.

Don died on Wednesday morning, July 20 in an assisted living facility in Westerville, Ohio, after a brief illness, according to his son, Keith Bailey.

After suffering a stroke last year, he spent several months recuperating in Fairview Commons before moving to Ohio to be near his son.

“He was a real mystery man, no question about it,” said Keith. “There were so many things about himself that he didn’t share — like the fact that he had once lived in Beverly Hills and gone to school with David Janssen the actor” (who starred in “The Fugitive” TV series and other shows).

Don had done 27 years in the Air Force, where he served as a master sergeant in communications during the Korean War and spent many years doing aerial photography. After his retirement, in 1976 he moved to Great Barrington, where he lived an extremely active life, and was always on the go. He rode his bike, attended services at Congregation Ahavath Sholom, participated in a host of local civic and culture groups and their events, and was seldom without at least one camera around his neck.

The evacuation of his home on Castle Hill Avenue in April proved to be quite revelatory to some of his closest friends and neighbors.

“Only a handful of people were ever in his house,” Keith said. “A lot of folks joked that maybe he’d never had any film in his camera because they never saw what he’d taken. But when we went in there to clean it out we found 48 floor-to-ceiling bookcases, crammed with shoeboxes full of photos, all of them labeled by subject. It was unbelievable.”

Several local families were allowed to take away the ones featuring themselves and a huge collection was donated to the Great Barrington Historical Society.