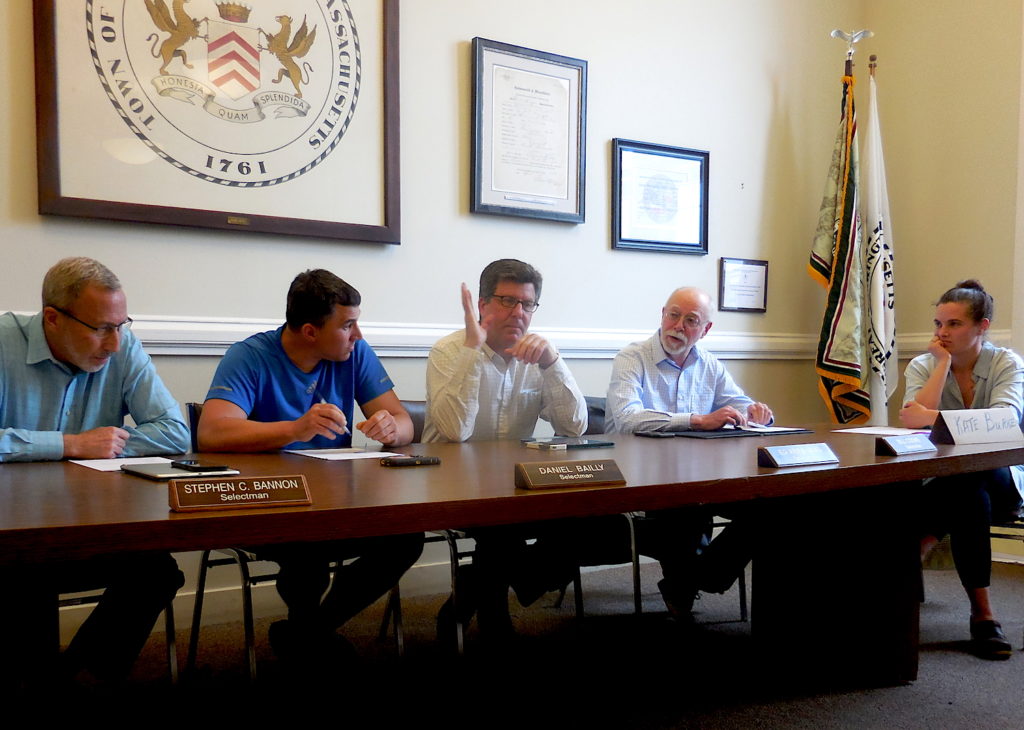 Great Barrington —It was supposed to be a feel-good moment. The day after the elections, the selectboard holds a meeting in which the newly elected members are welcomed, the board appoints a chair, conducts a little routine business and then quickly adjourns.

It turned out to be something less than that when a struggle over the chairmanship of the board spawned a discussion about potential conflicts of interest versus the need for experience at the helm during a time of transition.

Selectman Bill Cooke was re-elected to a second term last night and young newcomer Kate Feuer Burke, who replaced the retiring chair Sean Stanton, won the second most votes of any candidate in a contested race, landing her on the board as well. 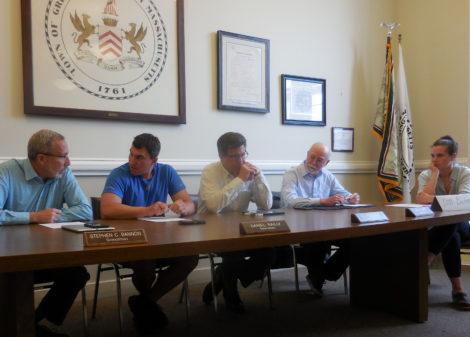 In a perfect world, Bannon would seem like the ideal chair. He is a workhorse, has been a selectman since 2010, is known for his fairmindedness and is intimately familiar with the town. Bannon and his family owned and operated Bill’s Pharmacy for over 40 years until it was sold to CVS in 2008. Bannon himself now works as a pharmacist at Fairview Hospital.

But there is only one problem. Bannon is also a member of the Berkshire Hills Regional School Committee. On top of that, he chairs the committee. It’s a post he has held since 1999. 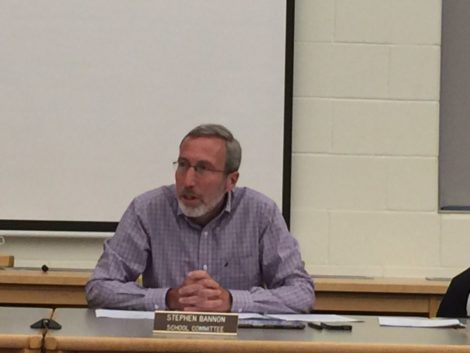 Steve Bannon in his role as chair of the Berkshire Hills Regional School Committee.

As a selectmen, Bannon represents Great Barrington, but as a school committee member, he is elected not only by Great Barrington residents but also by those living in the other two towns in the district: Stockbridge and West Stockbridge.

This is an important consideration because Great Barrington had been at odds with the other two towns when it comes to fiscal and budgetary matters, such as whether to spend $50 million-plus to renovate Monument Mountain Regional High School and how the towns are taxed to pay for the district.

“I don’t think this is good for Great Barrington,” added Abrahams, who is in his second term on the board, having been elected in 2014. “I think we already have conflicts with the other two towns over the school and I don’t see this as bringing it together. I see this as doing the opposite, so I’d rather not facilitate it. I will work obviously with whoever is the chair and happily.”

Bailly said he wasn’t concerned about it since, like other board members, the chair only has one vote and has little authority beyond running the meetings and setting the agenda.

Bailey further explained that Town Hall was “kind of in a transition phase” and that “Steve has just a little bit more experience.” It was an apparent reference to the fact that Town Manager Jennifer Tabakin announced last week her intention to leave her post when her contract expires in a little more than a year. 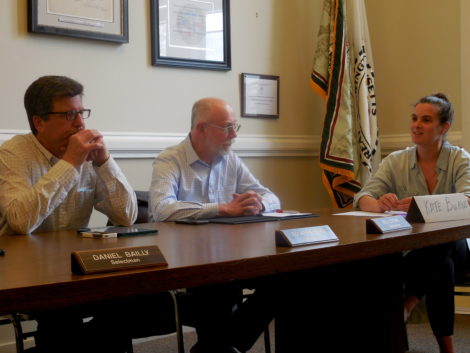 “I see it symbolically represented in a different way,” said Burke. “It would mean a lot to show in some ways that the town and the school are willing to work together.” She added that Bannon’s chairmanship of the selectboard could make relations with the school district “less confrontational at times.”

In objecting to Bannon becoming chairman of the board, Abrahams said he would decline Bailly’s nomination to be vice chair, while Bannon termed the upcoming months to be a “pretty substantial year for us.”

“If I can help by chairing and organizing a search committee, and going through all the bumps that we have and doing some planning, goal setting, I’d be more than willing to serve [as chair] at the will of this board, at least for the year,” Bannon explained.

Serving on more than one board or committee is not terribly uncommon for public servants, especially in small towns. In Egremont, for example, the now-retired Charlie Flynn served for several years on the board of selectmen — some of them as chair — while also sitting on the Southern Berkshire Regional School Committee. However, he never served as chair of both panels at the same time. 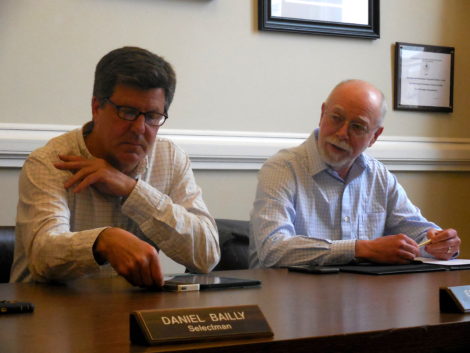 With Selectman Ed Abrahams to his right, Selectman Bill Cooke explains why he objects to Stev Bannon serving as chairman. Photo: Terry Cowgill

After some discussion of Cooke’s idea of amending the original motion to nominate Abrahams as chair, Bannon said the amendment was “substantially different” than the original and so it would be wise to vote on the original first. He and Bailly voted for it, with Cooke and Abrahams voting against it.

When it was Burke’s turn to vote, she hesitated but eventually said she would vote for the motion to support Bannon, who promptly asked Abrahams to reconsider his intention to refuse the nomination to be vice chair. Abrahams reluctantly accepted and the motion passed 3-2.

“Besides, if the public decides to tar and feather Steve, then you’d become chair anyway,” Bailly joked to Abrahams.

“I do want to register again that I think it’s a big mistake,” Abrahams reiterated. “Nothing against you, Steve.”

Bannon termed the whole episode “kind of disappointing … because I think we’re all looking out for what’s good for Great Barrington.”

“Ed and I will sit down and talk at length and hopefully we can come back to being cohesive,” Bannon said.

Time will tell. There are some key issues that will likely command the town’s attention over the next several months: the siting and regulation of cannabis facilities; the unfolding story of the redevelopment of the Housatonic School; the conundrum of the old Castle Street Firehouse; and the aforementioned tension between the town and the regional school district over its steadily rising costs to the town.

The selectboard’s next regularly scheduled meeting is Monday, May 21, at 7 p.m in Town Hall.