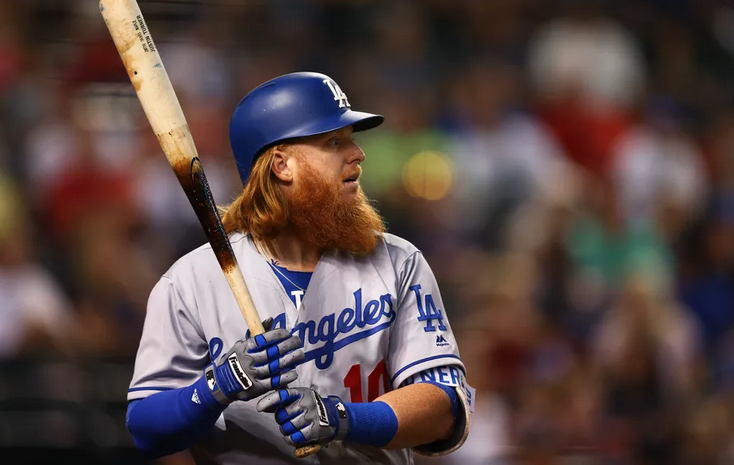 Have you been watching sports this year? I ran out of Netflix shows so turned to sports and, right now, to the World Series with its cardboard crowd and fake audience sounds. Has it occurred to anyone else that baseball is now the hairiest profession? Who put out the word that every guy on every team should grow some sort of facial hair? I have not seen so much facial hair since the movie Lincoln debuted. Historically, some teams have had the traditional playoff beards, but now all sport teams have taken facial hair to a new height. . . or length. Only the managers must have gotten the clean-shaven message from the front office.

I doubt that athletes or even the producers of Lincoln know that, over the course of history, beards have been associated with attributes such as wisdom, sexual virility, masculinity or higher status. Masculinity I get, although there are women who have beards – We’ll get to that in a moment. But why would facial hair give one wisdom, or a better sex life? And regarding status? I would think that one who had a razor would have higher status than one who did not. Razors are not new, just more expensive. In the 15th Century most European men were clean-shaven. A hundred years later they were growing beards with a passion for length and fullness. Then beards got smaller and somewhat artistic in the 17th century. To be contemporary with the Europeans, Russia’s Peter the Great ordered all Russian men to shave off their beards and levied a tax against those who did not. Has Trump or Biden thought of this yet?

Remember the Bible story about Samson, who was strong because he had a beard? Well, everyone had a beard. When Samson was sleeping and had his head and beard shaved it was said that then he was captured, as his strength was gone. No. His BO was gone. According to modern biologists, women find men with beards more attractive than those without. Have you noticed that all biologists have beards? Kissing a beard or looking at one with food stuck in it does not make a man more attractive. It is itchy and dirty. How many men shampoo their beards before going to bed?

Hence the title of this article, “Did I shave my legs for this?” That’s actually the title of 1996 country song sung by Deana Carter, pining away about lost promises from her sweetheart. Well, I’m not shaving anything for some scruffy guy. I realize that it sounds barbaric to consider taking a razor to scrape off your face every day, but just try your legs or underarms. And we’ll skip the waxing part, although now guys think it is mandatory to wax their chests. Does a bald chest make one more virile than a hairy one? How about the stubble when it starts to grow back? Is that as sexy as a guy who shaves every three or four days? And if you cannot grow a real beard – stop growing those sparsely populated patches on your face. It is just not attractive. It looks just plain dirty.

Now, some thoughts on women with beards. Only a small number of women have enough facial hair to grow an actual beard. During the 19th and 20th centuries, bearded women were celebrated in the circus. It might not surprise you to know that many of those women were men dressed as women – oh those clever Barnum & Bailey folks. How about a current performer, Jennifer Miller, who is a bearded fire-eating juggler in today’s modern circus? Yes, some women like their beards. Oprah Winfrey once had an entire episode advertised as “Women with Beards.” While perhaps not her shining TV moment, the ratings were as big as the beards.

Beards have names; so if you have one, make sure to name yours. You have the Full Beard (hair all over and a mustache), the Chin Curtain (a little slice of beard with or without a mustache), the Chin Strip (really a chin “stripe), the Balbo (can’t figure out the geometry on that one), the Wide Goatee (takes longer to manicure than straightening your hair, ladies), the Door Knocker (a goatee gone wild), Manicured Scruff (why bother – just shave the rest of it off), the Soul Patch (for those who can’t grow a full beard), and more. My husband just called his Phred and shaved it off when told it made him look older.

Like dress lengths, beards will come and go . . . I hope mostly go. If Phred returns, I am not shaving my legs until the hair is as long as the beard.

Susan Winston is a television producer turned psychotherapist with a private practice in Great Barrington.