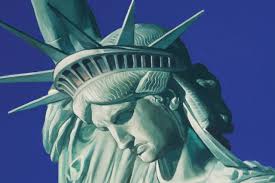 There is no doubt that more than 40 percent of Americans are willing to re-elect the President. This has led many of us to ponder why so many of us subscribe to his concept of government, and his undiluted racism, misogyny and overall demagogic disdain for the law and basic human rights.

Americans know exactly what Trump is like after four years of a consistent overpowering drumbeat of news. If a President’s policies (if not his personal life) is supposed to be an exemplar of what our country stands for, the United States is comprised of millions of people who have a different view of the world than many others of us. This is not a mere dispute over political platforms; this is a rupturing of the social contract and a redefinition of our government and how it should work.

The Trump supporters, particularly evangelicals and some devout Catholics and Orthodox Jews, claim that they can overlook the policies and hateful conduct of the administration because their sole issue is appointing judges who will overrule a woman’s right to control her body. Other Trump voters say they believe it is purely an economic issue, and that they are voting their pocketbooks. This ends-justifying-the-means argument has proven to be a disaster, just look at Mussolini making the trains run on time and Hitler restoring the greatness of Germany after the First World War. Short-sightedness, and forgetting the principles of what has made America great in the past, are a prescription for disaster.

Socrates is quoted in Plato’s Republic as saying Democracy is a “charming form of government…dispensing a sort of equality to equals and unequal alike.” He much preferred an aristocracy with a philosopher-king as its head, and worried about an uneducated and easily led citizenry having power over the state.

If democracy is supposed to work, we all nod our heads and say it must be predicated on an informed electorate that can make rational judgments based on facts and political arguments. This is where we have failed, perhaps for a variety of reasons, including our educational deficits, reliance on social media and a distrust of journalism and science.

Even with information being available, two scholars have called into question the basic tenets about how and why informed electorates come to political decisions. “Democracy for Realists” by Achen and Bartels, published by the Princeton Studies in  Political Behavior, convincingly shows through numerous studies of everything from abortion to shark attacks that even those informed and politically engaged voters “mostly choose parties and candidates on the basis of social identities and partisan loyalties, not political issues,” and that “they adjust their policy views and even their perceptions of basic matters of fact to match those loyalties.” These findings help explain why citizens can vote against their own interests, as well as accepting lies for facts if their social group and “partisan loyalties” dictate such.

Most of us sort of inherently understand this. How many of us have ever converted a political opponent to our way of thinking by showing real information to them? Even if 99 percent of climate scientists agree that the climate is changing and that human activity has helped cause it, millions of us refuse to accept this data, and hunker down in willful ignorance.

This is pretty dispiriting stuff. If those who are informed make decisions based on their social identities e.g., high school educated white male living in rural setting, Black inner-city teen, etc.)  and their partisan loyalties (gun-owning Republican, historical Democratic voter), then real discussions based on what is best for the nation, or even what is best for the individual voter, seem nigh on impossible. Closed minds do not a democracy make.

Many of us live in a personally pleasant bubble, both because of the pandemic and the political nature of our communities. The Berkshires’ politics are different from much of rural Louisiana, but just as it would be hard for a liberal to live in Louisiana it is equally difficult for a Trump supporter to live in Great Barrington. This is our current geographic reality, and why the presidential vote is only a true contest in a small minority of states.

If we are locked into our own social identities and partisan ideologies, and further isolated by where we live, meaningful compromise and dialogue is difficult nationally, while politicians pander to their own constituencies — like Trump — to continue to be re-elected. Right now, it seems that our nation’s democracy is not real, and merely a charade of the Founders’ ideals. Hopefully that may change in the near future.