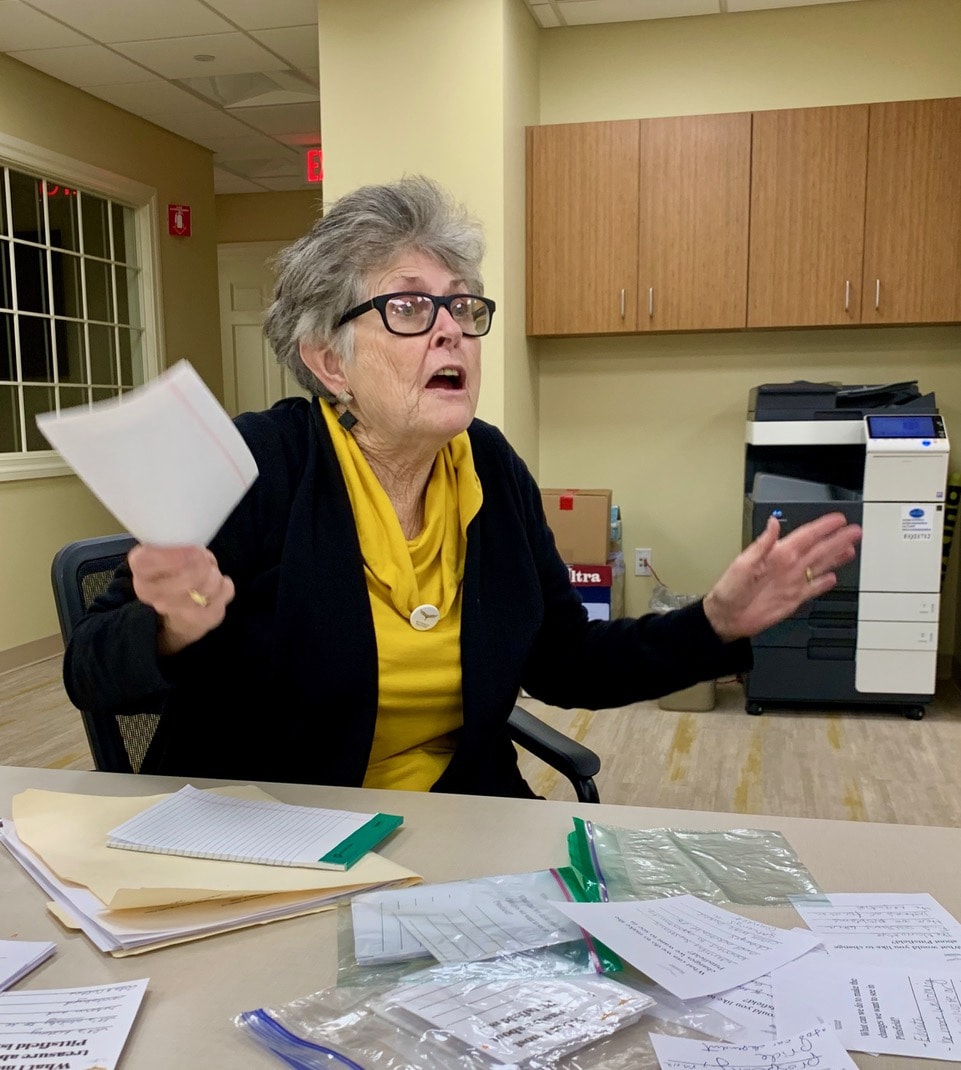 Pittsfield — What do you do when you return to your beloved hometown after decades away, only to find what was once vibrant now down on its luck?

If you’re Virginia O’Leary, you dig in your heels and do something about it. Which is why she formed Pittsfield Prospers – an advocacy group for a city with something of a self-image issue. It’s stated mission: to promote positive stories about Pittsfield and share a new perspective on the future of our city.

Yes there’s crime, yes there’s poverty, yes there’s opioid abuse. But that just about describes any city in America. As O’Leary is quick to point out, Pittsfield has many blessings, too: beautiful natural surroundings – mountains, freshwater lakes, plentiful hiking trails – as well as an enviable sense of community, and extraordinary arts offerings.

One of O’Leary’s main goals is to change “the lens” through which Pittsfield perceives itself, to offer another way of talking about the city. Because the Pittsfield of yore brought to you by General Electric – isn’t coming back. And it’s the Pittsfield of today that needs our love and attention.

O’Leary, 75 and a retired psychology professor, grew up in the Pittsfield of the 1940s and ‘50s. Back then her last name was Fisher. As she explains on the Pittsfield Prospers’ website, she learned to swim in Pontoosuc Lake, ride a bike in her driveway on Williams Street … went to Dawes School, Egremont, Plunkett, and South Junior High, and hiked up Mt. Greylock with her youth church group. She remembers shopping at England Brothers and driving up and down North Street on Friday nights to check out the boys with her girlfriends. Her father was a prominent local architect who designed the Girl’s Club, East Street Medical Building, and Adams Supermarket.

She left for college and didn’t return for many decades, as her academic career took her across the country and around the world, including Nepal. Her final posting was at Auburn University in Alabama, where she taught psychology for 22 years, the final six as head of the department. Once retired, she found her way back to home.

Driving through downtown, she found herself saddened by the state of North Street. Worse, however, was the negative narrative she heard about the city. “The negative narrative – it felt like a gut punch,” O’Leary explained. “Any nice houses in Pittsfield, even?’; ‘I only go to matinees because downtown is too dangerous.’; and ‘There’s nothing to do here.’”

Armed with optimism, a sense of duty, and a handsome standard poodle named Wynton (“the jazz poodle”), O’Leary set about making a difference. Pittsfield Prospers is currently hosting generational factfinding meetings in which O’Leary gathers information and processes the data into actionable information.

This reporter learned about the gatherings when he spotted a flier headlined “Gen X Meet Up: What do you most treasure about Pittsfield? How can you do your part in the change? Come have a conversation with people who are in the same age group but have different perspectives.”

Who can resist a chance to meet their peers? Let alone peers of a generation that’s nary fifty and sandwiched between the gorilla generations of Boomers and Millennials. O’Leary held similar gatherings with Gen Z and Millennials. This Tuesday, she will be holding one with “Boomers and Beyond” at the Greylock Federal Credit Union at 75 Kellog St. from 8:00 – 9:30 a.m.

The idea of splitting into these fact-finding missions into generational gatherings began with O’Leary’s interns, Gen Z’ers who professed anxiety when facing the possibility of speaking in front of older generations. Regardless, splitting into generations was something of a brilliant idea. And fascinating when digging into the differing data, which O’Leary plans to share in coming months.

“At this point, there’s no place I’d rather be. I love it here. Especially the sense of community.” – Kathie

“It feels more like home than anywhere I’ve lived. And I’ve only been here three years.” – Alisa

At the Gen X event late last week, also at Greylock, one was greeted by the giant jazz poodle himself, free munchies, and a chance to peek at one’s contemporaries and form peer friendships.

The three questions O’Leary poses are essentially: what do you most enjoy about Pittsfield, what do you wish were different, how can we make a difference?

The responses were generally quite positive. One participant, Kathie, a Pittsfield native and mother of two, left town like O’Leary but returned and decided to stay. “One day, I had an epiphany,” she said. “I looked at all there was to do here, and how I might get involved. I started volunteering, becoming involved in organizations, and taking advantage of all the natural beauty, hiking, and the Arts. At this point, there’s no place I’d rather be. I love it here. Especially the sense of community.”

Another resident, Alisa, a transplant from Long Island via Chatham, felt similarly. “I lived in Chatham for 17 years – and had two friends,” she said. “I moved to Pittsfield and made all sorts of deep friendships. I feel it’s the hardship, the fight, that brings the community together. It’s a perfect size to be able to make a contribution and make a difference. I’m so happy I landed here, where I’ve felt the most welcomed. It feels more like home than anywhere I’ve lived. And I’ve only been here three years.”

O’Leary explained that the three most positive aspects that each generation has mentioned have been (and in this order): Sense of community, natural beauty, and access to Arts and Culture. For this reporter, a favorite positive of Pittsfield is simply that it is a city, which can be a wonderful thing to have in the center a rural area.

Pittsfield Prospers will be hosting an intergenerational meeting next month. And it will be publicizing its findings in the coming year as well.

In the meantime, O’Leary’s organization is encouraging Berkshire residents to visit her organization’s website (https://pittsfieldprospers.com) and take the Pittsfield Prospers Pledge:

“I believe in a better future for Pittsfield. I believe in its capacity to grow, adapt and thrive. I respect its history and the work of the many local people and organizations helping the City to prosper. I support the champions of Pittsfield’s past present and future, regardless of gender, race, religion or class. I commit to fostering pride in our City by finding and sharing positive stories with friends, family and acquaintances. I do this to celebrate Pittsfield.”