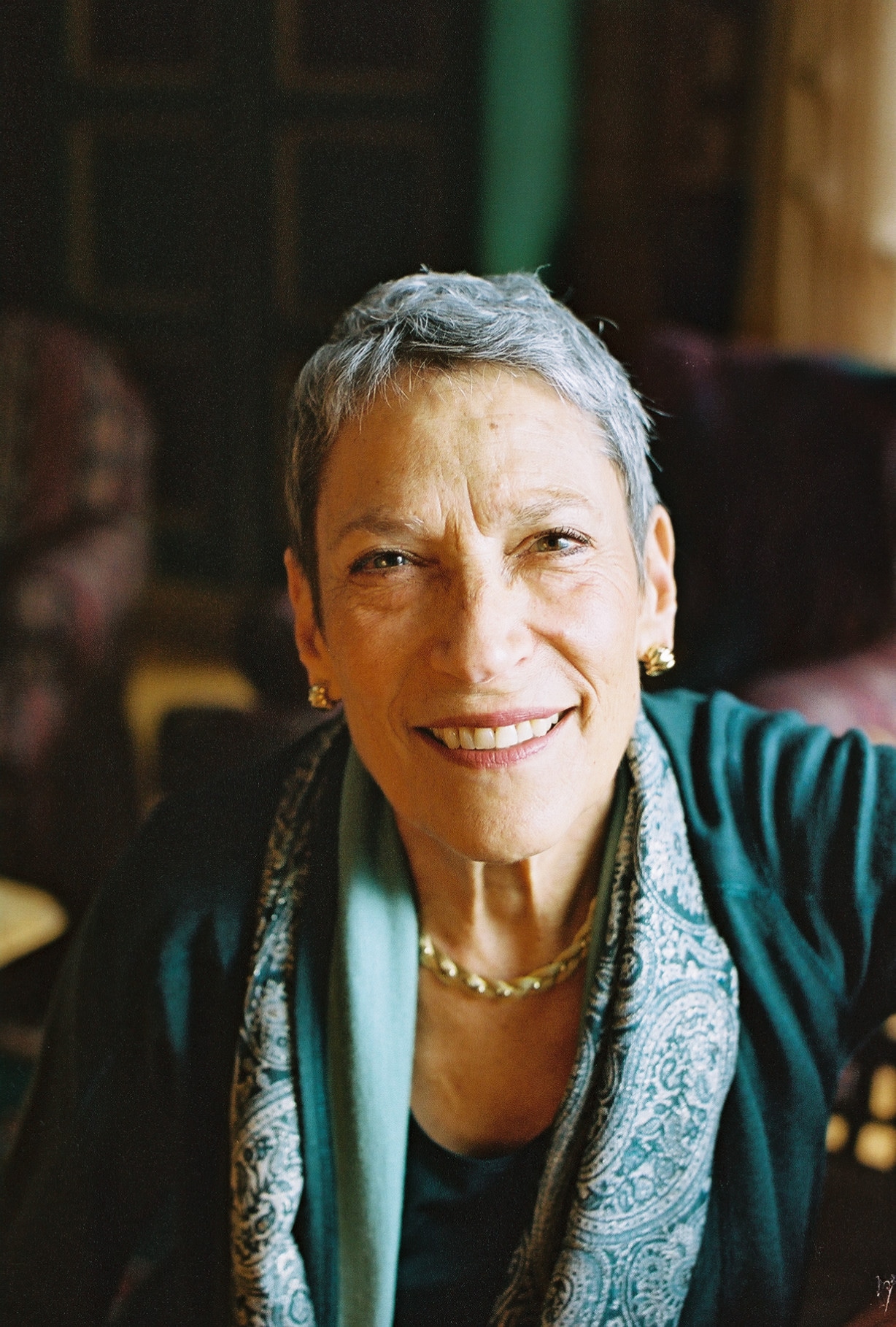 Stockbridge — Joan Cohen is passionate about spreading awareness surrounding Alzheimer’s disease. “We’re talking about the sixth leading cause of death, and it’s the only one that can’t be cured, prevented or slowed,” the Stockbridge resident shared in a recent phone interview. Cohen’s debut novel, “Land of Last Chances” (Aug. 13, She Writes Press), seeks to illuminate the challenges of those suffering from the disease. At the root of Cohen’s novel is a successful woman who has always been focused on her career, meticulously preparing for every challenge in life, until she’s faced with an unplanned pregnancy in her late 40s and the possibility of carrying a rare gene for early onset Alzheimer’s disease. Cohen, a longtime advocate of Alzheimer’s awareness, tells the story of Jeanne Bridgeton, an unmarried executive, who ultimately discovers life doesn’t begin and end on a spreadsheet. The protagonist’s ability to manage risk professionally does not translate to her personal life and herein lies the conflict: Wrestling with the question of whose needs — her own or those of her unborn child — should prevail ultimately takes Jeanne on an intensely emotional journey that elicits both growth and enlightenment.

Hannah Van Sickle: Where does your relationship to Alzheimer’s stem from?
Joan Cohen: I wish I didn’t have a relationship to Alzheimer’s! My mother and my grandmother both had [the disease] and possibly my father, although it was very late and hard to say exactly. I got to see both my mother and my grandmother up close for quite a while, and after that experience, when I had the opportunity to join a board at the Boston University School of Medicine Alzheimer’s Disease Center, I took that opportunity, as it involved being able to hear presentations by research scientists, and I learned a lot more about the disease that way. [While not a caregiver], I got to see how my mother was doing at home, where my parents lived, and how my father was managing with her, which was not well. A succession of caregivers required my making frequent trips [from where I was living] to Mount Vernon, New York, where my parents lived to try to stay on top of this situation, which was impossible because it’s a degenerative disease — it only goes one way. It’s a very sad illness.

HVS: What are some of the most common misunderstandings about Alzheimer’s you’ve encountered?
JC: The big one is that people still think there is such a thing as senility, which is a term that doesn’t mean anything. Either you [have typical memory] or you have a disease. The percentage of people that have it, at different stages in aging, increases because age is the primary risk factor. Age is the primary risk factor for cancer and a whole bunch of other things because we live a long time now. Nobody gets out of this life without something. If you have symptoms of dementia, you have a disease; it’s not normal aging. Normal aging is clear-headed; yes, there’s normal memory loss — we all slip a little [about] where did I leave the car keys or which road did I park the car on — that’s not Alzheimer’s disease. That’s just normal aging [and] memory deterioration. So if you are really showing signs of dementia, it’s a disease that, 70-80 percent of the time, is caused by Alzheimer’s.

HVS: What ultimately drove you to write a fictional account of this journey as opposed to nonfiction or memoir?

JC: Two things specifically: One was attending a panel discussion and on the panel was Lisa Genova, who wrote “Still Alice” (a compelling debut novel about a 50-year-old woman’s sudden descent into early onset Alzheimer’s disease). I was distressed when I heard the audience questions; one woman even said, “I have to tell you, you scared the hell out of me!” And I thought to myself, “These people don’t know the risk, or they are terrified and think it’s around the corner for all of us. They don’t understand.” Then, when I became more involved with the [Boston University] board, I tried to do some fundraising, sending out email letters to friends and associates to encourage them to contribute, and in talking with people, I discovered that nobody thought they had Alzheimer’s in their family, so it wasn’t top of mind in the same way as, say, breast cancer is top of mind. And when I questioned them about elderly relatives, they [made comments about dementia or old age], people didn’t understand that, first of all, dementia is a set of symptoms — loss of memory, cognitive decline, personality changes and so forth — it’s not a disease. It’s not the name of anything. But it is so much easier to hear from a doctor that your mother is showing signs of dementia than it is to have someone say to you, “Your mother has Alzheimer’s disease.” So people avoid the term in the same way those in my parents’ generation avoided using the word “cancer.” They used to whisper.

HVS: You write about a real-life woman facing real-world choices before her child is even born; how do you hope this approach might break open discussion, particularly surrounding the stigma of motherhood in later life?

JC: I think that some part of the population, perhaps, has an idea that women who are so-called “career women” — an interesting term in itself as there is no corollary career men — that there is somehow an element of selfishness to it. When I was home with my children after my first child was born and I decided to go back to school to get my MBA, my mother said to me: “You mean to tell me that having a husband and a house and children is not enough for you? You need to work? Doesn’t your husband make enough money?” Now, my mother was from another generation, but I feel like some remnant of that still lingers. So women feel that they have to prove they can do it all, just as I felt I needed to prove to my mother that I could have a fulfilling job even though the fulfilling job was making me crazy and I wasn’t getting any sleep. Combining work and family is really tough — there is no work/life balance, that’s baloney — they each get in the way of the other at some point or another along the way. And usually at many points along the way; the more younger men [do to help], now I am seeing them discriminated at work. “What do you mean you have to go and do the pick-up at daycare?” And of course the unspoken words to follow are, “Doesn’t your wife do that?” I think a lot more women are choosing to have late pregnancies [talking about the fertility treatments and hormones]. I think back to when I was young and all my friends and I were worried about was, “What if I get pregnant?” Times change.

HVS: Beyond this debut novel, how are you actively spreading awareness about the disease?

JC: I am participating in a study, which I joined eight years ago, at the Boston University School of Medicine. This particular one is a longitudinal study where they track you forever, and they do recruit people who are “normal.” I told my friends I was a control, and I’m so fearful of the day when I’m not a control anymore. I have to go once a year to go through several hours of neuropsychological testing. They want to know how I think I am doing now compared to last year and five years ago. And then I go through a series of tests, repeating numbers back, and then repeating numbers back backwards. They get longer and longer. Remembering words, remembering stories; it’s exhausting. It really is. And it’s kind of like the college boards; it’s designed so that you don’t get everything right [and yet] your anxiety level is way up there every time you can’t remember something. You think, “Oh my God, it’s started!” But every year, I’ve gotten a letter saying “normal for age group.” And people say to me, “Why would you want to know?” or get that letter saying “mild cognitive impairment” where [it becomes clear] I may have started down that road? Aside from the fact that I’m helping, I know that in spite of the many drug failures, some have shown promise if they had been used very early in the disease; before there had been so much destruction of neurons in the brain. Who knows what will be some day? But rolling back what’s gone on in your brain is apparently a very tough thing to do where as stopping it, halting it, delaying it — that might be possible. I don’t want to find out I’m at the very, very beginning of Alzheimer’s, but if it means I might be able to get into a clinical trial or something that might help, it would be smart to know. So that’s the calculus.

Joan Cohen will be reading from her book on Saturday, Sept. 21, in Wellesley. For more information, visit joancohenauthor.com.