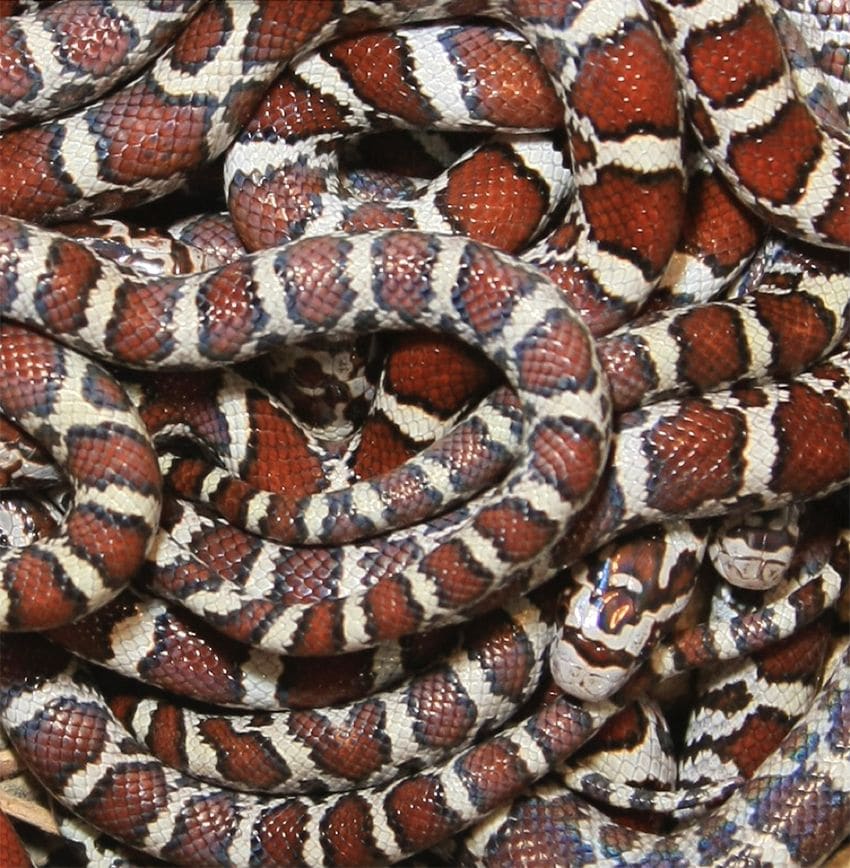 When people in the Berkshires report seeing a nest of copperheads, they're usually looking at milk snakes, which are rarely found in numbers unless they are babies emerging from their eggs. These recently hatched milk snakes will soon disperse and go their separate ways. Photo: David Noel Edwards

Canaan, N.Y. — First of all, copperhead envenomation would pose a lethal risk to about one in 50 million people. They really are not in the same league as rattlesnakes.

Second, there have never been copperheads in the Berkshires, despite what you may have heard from eminent outdoorspersons. If people are terrified of snakes, they report all kinds of bogus nonsense in the event that they encounter one. So they swear it was a copperhead on Mount Greylock. Photographs? Nada. Assertions made without evidence may be dismissed without evidence. Once in a great while, however, someone produces evidence in the way of a photograph, taken in the Berkshires, of a snake they believe to be a copperhead. And that’s when we have the pleasure of seeing yet another milk snake or water snake, both of which range throughout the state.

Milk snakes are so named because people once believed the snakes crept into dairy barns at night and stole milk directly from Bessie’s mammary facilities. This, of course, would be physically impossible, as milk snakes lack opposable thumbs.

If you want to see a copperhead in Massachusetts, you’ll have to go over to the Connecticut River Valley. But you’d better bring a sack lunch, because it will take you years to find one.