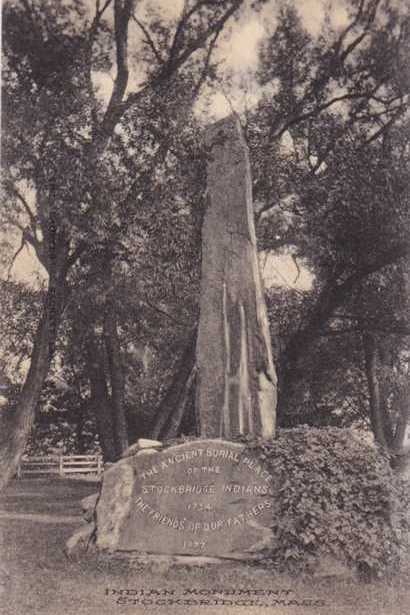 Dateline Stockbridge: I came to the village 50 years ago. In a half-century I learned its old ways and watched them change. Norman Rockwell images made Stockbridge America’s hometown. The intervening 50 years made Stockbridge a microcosm of America—an echo of old America coping with change.

Undisputedly small, Stockbridge has a permanent population of about 1,825 in approximately 700 primary residences. When the second homeowners arrive, an additional population of about 2,500 open their approximately 1,000 residences. Stockbridge, once a place made up of a majority locals, a few “permanent summer residents,” and a few more tourists, is now 40 percent “locals” and 60 percent “outlanders.” So what?

Well American Rescue Plan (ARPA) funds awarded Stockbridge $500,000 while near neighbors Lenox and Lee were awarded over $1 million each. ARPA allocations are based on permanent population. While the populations of all three communities hover around 5,000, Lee and Lenox have a higher percent of primary residents. Lee, for example, is just 10 percent second homeowners. At 60 percent second homeowners, Stockbridge has a unique problem and, to date, little ability to confront it.

Many things follow from—and are a function of—that 60/40 split. Our federal allocations are smaller, and some of our costs are higher. Our property values and sale prices are very high, and therefore, our taxes are too. It follows that some first-time home buyers and town employees cannot afford to buy in Stockbridge. They shop in Lee or Pittsfield, not Stockbridge. At the same time the income from real estate taxes is robust, but income from tourist dollars is less than Lenox. Our population is aging, and as they do, their property values rise, but so do their taxes. When they sell, more often than not, a bidding war results in a sale to parttime residents. The village is becoming a resort—and a really pricey one.
Many try to buck the trend and combat market forces. They fight against current forces to turn back the clock. They want to preserve the character of Stockbridge—the New England village. They want small-town America where the population was a majority primary homeowners with more school children (not to mention a school), more varied ages, occupations, and income brackets.

Select Board Chair Patrick White tried to strike a balance, “protect property values while opening up opportunities for older residents to afford to stay and younger residents afford to come.” He admits it is a nuanced problem and the solution is “threading a needle.”

Since this is the first “Dateline Stockbridge,” an introduction is appropriate, and in Stockbridge, an introduction is always a bit of history. Stockbridge is older than the United States of America. The Puritans and the Pilgrims arrived on these shores in 1620. The 1628 charter of the Massachusetts Bay Colony called on the colonists to “convert Native Americans to Christianity.” It took them a hundred years for the new arrivals to find what we call Berkshire County. In 1730 the royal governor, Jonathan Becher, decided to do something about that mandate: A mission was envied in the newly opened territory and called Indian Town.

By 1739, a school teacher; a minister; approximately 100 Stockbridge-Munsee Community Band of Mohicans; and six white families, tradesmen, and farmers were settled in the incorporated village of Stockbridge. The plan was that one group would teach the other “civilized Christian living.”

Years later, in grief, in the United States, the Stockbridge-Munsee community left Stockbridge. Their numbers depleted by casualties in the French and Indian War and Revolutionary War and by disease, dispossessed of their land, the Stockbridge Indians walked west. It may seem a long time ago, but Stockbridge history still poses problems and informs decisions.

On a January night in the 21st century, history still set the agenda. There was discussion of a ceremony at which the Town would present an historic document to the Stockbridge-Munsee Community Band of the Mohicans. Also on the agenda was discussion of returning the Indian Burying ground to the Stockbridge-Munsee Community. Some call this “reconciliation,” that is, restoring good will among peoples. Others call it “repatriation” meaning returning to a people their own document and land. Perhaps in all human actions, there is the potential for comity and for conflict. Perhaps there is never resolution, just the ever-present problem and the manner of handling it in each generation. Big issues being addressed in a tiny village by a handful of well-meaning, community-minded volunteers.
Welcome to Stockbridge: an old new England village—once America’s hometown—struggling with the forces of the modern world for nothing less than its survival.