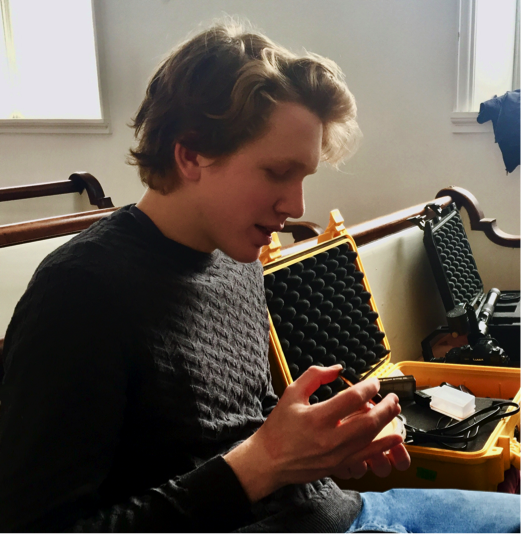 This is Jack Obrock. He’s moving on from Bard College at Simon’s Rock this May, probably going to Los Angeles to pursue a career in filmmaking. Jack is passionate about being a cinematographer, which seems to be a great fit for his talents—he’s got a great eye, he’s very collaborative and he loves fancy tech toys.

Jack and I worked on Daniel’s Art Party’s “Great Ole Stuff,” an “’Antiques Road Show’ meets ‘Prairie Home Companion’ variety show” celebrating old stuff that brings us joy. Jack was a cameraman for a couple of days on our shoot. I’ll write more about “Great Ole Stuff” in a subsequent column. 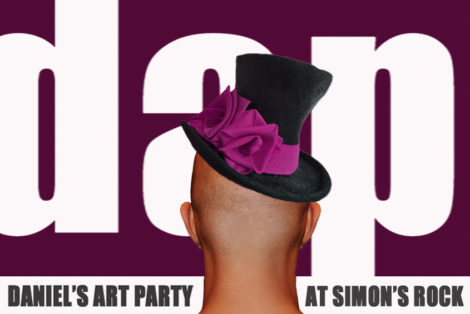 Most recently, Jack has served very effectively as the cinematographer of “Moving Portraits,” a Daniel’s Art Party installation project that will appear in downtown Great Barrington in late April. I’m lining up community members to appear in video portraits that capture the subjects doing something that interests them. The Berkshire Humane Society’s Catwalk Boutique co-founder and co-manager Mimi Rosenblatt and her playful shop posse, along with a couple of gorgeous and game OLLI members, modeled some of the shop’s fashion. Anne Langlais, owner of the Jewelry Box in Lee, generously lent us Kentucky Derby-style hats to finish each ensemble. Members of the First Congregational Church of Stockbridge’s choir, under the direction of Tracy Wilson, sang a Latin piece. Simon’s Rock students Betty and Noah were captured dancing a Chinese-infused combination and climbing a rock wall, respectively, at the multifaceted Kilpatrick Athletic Center, newly under Bill Meier-inspired direction. And there’s more video shooting planned.

Cable station CTSB is partnering on this project, and guest artists John Prusinski and Chris Graham will also be contributing video art for this bountiful, community installation. 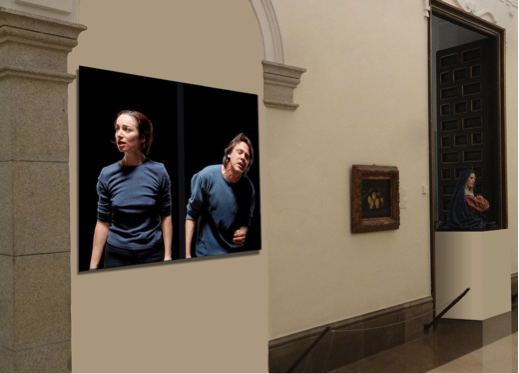 The only stipulations for creating work for this project are that the video pieces be portraits of human behavior, and that the video be converted into slow-motion clips. I was very fortunate to have been a model in master video artist Bill Viola’s gorgeous work. For years, he’s been creating provocative slow-motion videos in which his subjects interact with extreme elements. Water and fire are featured prominently in Bill’s work, as are people who are dealing with extreme emotions. I acted in a piece called “Silent Mountain.”

It was commissioned by the Getty Museum in Los Angeles, and has toured the world. In it, filled with irrepressible angst, I’m screaming my head off. Try doing that six times in a row and not needing to stay in bed the entire next day. Severely shaken hormones are a cruel mistress. You can see the clip on YouTube if you’re into that kind of thing. 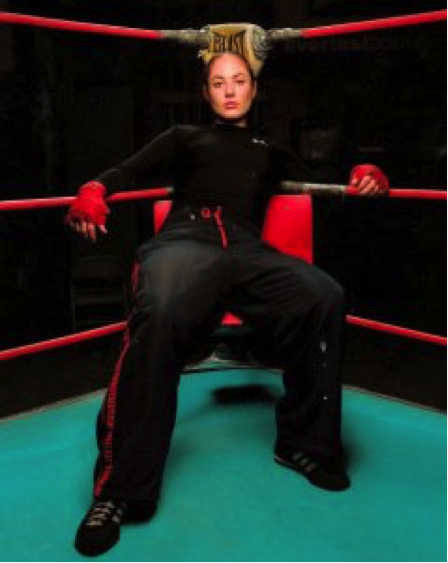 Currently, Jack and I are looking for the strongest, most interesting video footage to present, and I’ll be securing a downtown venue or venues interested in participating in our installation project.

“Moving Portraits” will be on display in downtown Great Barrington, Friday, April 26, and Saturday, April 27, from 6 to 8 p.m.

Come to the party!

Next week: What happens when CTSB and DAP partner with Genéve Brossard’s brand new boxing gym to make a superhero sitcom?