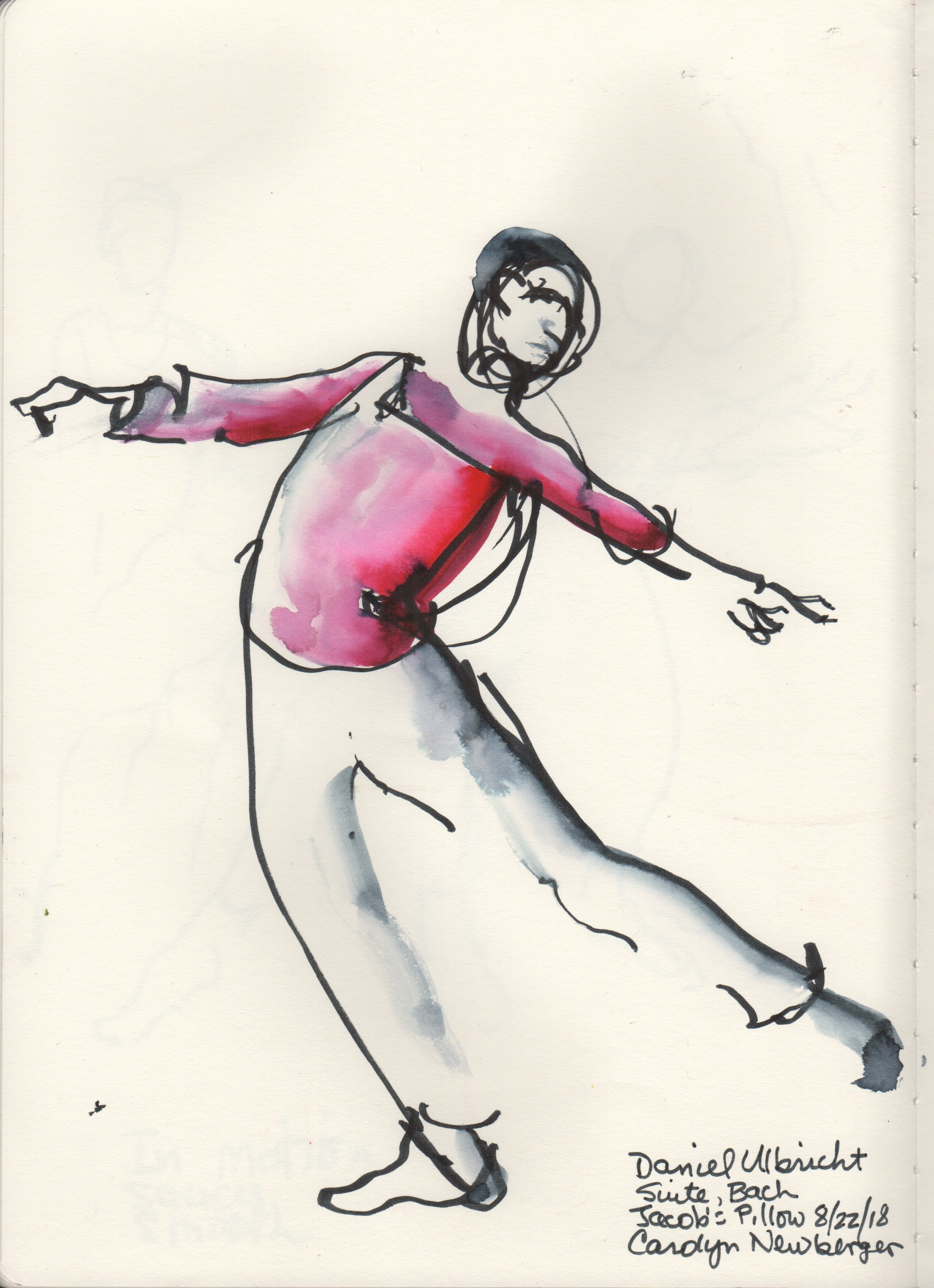 In a kind of literal and figurative harmonic convergence, this summer is the centennial anniversary of the birth of both Jerome Robbins and Leonard Bernstein, two Jewish sons of Russian immigrants who met at age twenty-five. Their collaborations on “Fancy Free” and “On the Town” launched their careers, and on “West Side Story,” their fame.

Tanglewood has been celebrating Bernstein all summer, including a staged performance of “On the Town,” complete with Jerome Robbins’s choreography and a Hopperesque set redolent of the 1940’s.

This week it’s Jacob’s Pillow turn to celebrate with a performance of pure Jerome Robbins, curated specifically for the Pillow by Daniel Ulbricht and his troupe of dancers from the New York City Ballet, all of whom can justly be described as stars.

Stunning live performances propelled two of the dances, yielding something much more than entertainment. These deep, subtle, and moving conversations showed how the art forms are inextricably connected. Their intimacy and humanity were devastatingly beautiful, weepingly sad, hilariously funny and aesthetically elegant.  We delighted in unexpected imbalances, imperfections, and improvisations, replete with visual, spatial, facial, and auditory expressions of love and mutual respect among the dancers and musicians.

The program opens with “Andantino,” a classical 1981 reverie to the romanticism of Tchaikovsky’s Piano Concerto No. 1, danced with exquisite tenderness and rounded forms by Gonzalo Garcia and Indiana Woodward.

“Concertino,” also of the same period in Robbin’s career, brought a different mood, a modern edginess and sense of play, here to the music of Igor Stravinsky danced by Daniel Applebaum, Teresa Reichlen and Andrew Scordato.  In his later career in the 1980s, Robbins primarily worked in classical dance, but even here within Robbin’s balletic vocabulary, we can see echoes of the Broadway gestures for which he is so renowned, a bit of the saloon girl walk, or a sashay of the hip, even en pointe!

In “A Suite of Dances,” created in 1994 for a male dancer accompanied by Bach Cello Suites, we can see the full force and brilliance of Robbin’s ability to engage music and movement in a conversation as clear and articulate as the spoken word.

Daniel Ulbricht, principal dancer, and Ann Kim, cellist from the New York City Ballet, engage in what can only be described as a pas de deux of sound and movement telling the stories that Bach embeds in his suites with clarity, simplicity, and accessibility.   As surely as we can smell the flower that Marcel Marceau plucks from the ether on the stage, Ulbricht and Kim communicate the spirit of Bach’s music and humanity; playfulness and humor one moment, deep reflectiveness another.

With astounding timing, Ulbricht tracks the arcs of phrasing.  In the two-part counterpoints, his every step and gesture are keyed to the dominant melody.  It is as if he is channeling the master’s thinking, listening thoughtfully to how best to solve the unfolding musical puzzle.  As the counterpoint develops from two-part to three, and during the thrilling tremolos, where Bach emphasizes the collisions of line and creates unexpected and powerful harmonic dissonances, Ulbricht’s movements intensify, accelerate, and elevate.  In turn, the cello increases her volume, to spine-chilling effect.

New York City Ballet pianist Susan Walters plays Chopin’s Dances, while Anthony Huxley and Daniel Ulbricht, wearing classical ballet tights and jerkins in mauve and fawn gray that could have stepped off the stage of the Place de L’Opéra in Paris in, say, 1840, offer a series of solos and duos from two lesser known works of Robbins: “Dances at a Gathering” (1969) and “Other Dances” (1976). Especially in the duos, we see Robbins’ humor in the dancers’ telling little gestures revealing a literal and figurative male dance of imitation and communications.

Chopin’s many moods are expressed in these dances, from a romantic waltz that infuses the floor with lubricious sexuality, to lighthearted send-ups of Arthur Murray ballroom tropes, to the blazingly virtuosic single-note lines in the étude that energizes a whirling frenzy of gorgeous athleticism, to formal 3/4 time courtly dances presented with attention to the slightest detail with delicious touches of irony. Once again, the pianism, choreography, and dancing were as one. The bows were especially charming, as Susan Walters was pulled to center stage, a bit awkward in her pink sandals, as the two men playfully bowed with restrained 19thcentury flourishes.

The program ends with a joyful, exuberant, lollipop of a dance from 1945, “Interplay,” which is indeed an “interplay,” full of humor, lightness, fun, and a distinct sense of Americana. This is the era of “On the Town,” a time of relief, optimism, looking forward to a new future after years of war, celebrating all things iconically American: pony tails, cowboys, thigh slapping, young love, and boundless optimism. Here we see not the echoes but the origins of Robbins’s balletic vocabulary stretched like taffy onto the Broadway stage. Eight young people, falling in love, showing off to each other, bordering on but not quite falling into the hoedown, clothed in the colors of candy, this dance was a joyous burst of nostalgia for those seemingly and deceptively simpler times.