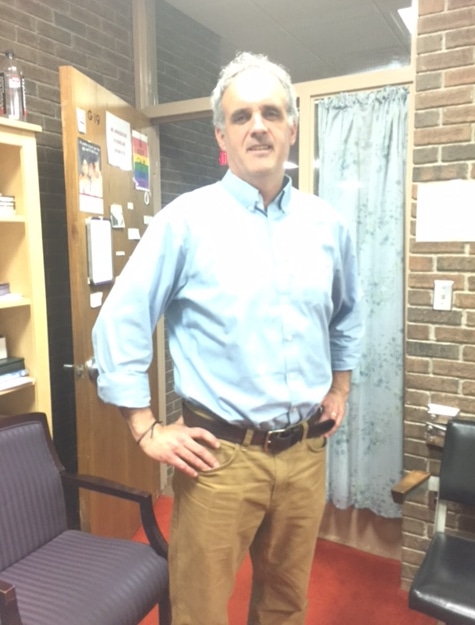 Great Barrington — It was a large, energized group at Monument Mountain Regional High School that braved frigid temperatures last Thursday night for a CVTE (career/vocational technical education) advisory board meeting and update. Over the past several years, many community members have been clamoring for expanded vocational offerings for local young people, and better pathways into the trades. They may find reason for hope based on the district’s progress of late. Berkshire Hills Regional School District Superintendent Peter Dillon’s comment on the recent momentum around CVTE work was: “It’s clear our community really cares about vocational opportunities for kids. That was not a given before and it is now.”

This year’s CVTE coordinator, longtime guidance counselor Sean Flynn, had good news to deliver about three grants recently received to support shifts, integration and expansions at the high school, grants for which he was quick to credit BHRSD’s director of learning and teaching, Kristi Farina. The first, called Innovative Pathways, is through the state and focuses on creating career pathways based on workforce needs in advanced manufacturing and medical care, as outlined in the Berkshire County Blueprint.

Community partners are Berkshire Community College, Boyd Technologies and Berkshire Innovation Center, where the school is one of three selected partners. Monument already provides foundational courses in these two threads, said Flynn, and so anything new will build off of applied science, computer science, anatomy and physics classes.

A $90,000 grant through the national nonprofit Project Lead the Way will support the sciences—specifically, engineering design, computer and applied science. Lastly, the whole high school will benefit from a $127,000 redesign grant through Mass Ideas’ Next Generation Learning Challenges, which is supported by the Barr Foundation and the Nellie Mae Education Foundation. The team leading this work includes students, teachers and community members, and will result in better integration and less “siloing” of subject areas.

Bannon goes to a lot of meetings, but this one, he said, left him unusually pleased: “The school committee took a huge leap by hiring a CVTE coordinator. In my 20-plus years on the school committee, this is one of the best decisions we have made. It isn’t often I leave a meeting smiling and satisfied we are doing something wonderful to help students. When Sean reports on his progress, I always feel that we are doing the right thing to help students.”

Chapter 74 programs refer to fully fledged vocational offerings that must include a community advisory board and linkages to post-secondary training, meet certain curriculum standards, and provide a certain number of contact hours. The two current Chapter 74 offerings at Monument are horticulture and automotive. Auto’s enrollment numbers are nearly at capacity, while horticulture, partly because the greenhouse is located outside the building, a trek down the hill, is not. There is opportunity for growth in both content areas, said Flynn. For automotive classes: “We need to better support kids to be there for longer periods of time. We want to move toward accreditation for light maintenance and repair. Edmonds added, “The goal should be 900 hours over four years.” The ability for students to earn certifications while still attending high school—for free—would make a huge difference to those students who have been going into debt earning them afterwards.

As for horticulture, said Flynn, “It’s got a robust curriculum, it’s just underenrolled.” But, he added, “There’s potential there. Woven Roots Farm and Greenagers provide an avenue for students to see opportunities. Biology students could be learning about agriculture in ways they are not doing right now.”

Edmonds explained that there are actually 45 different Chapter 74 branches to choose from, and it is up to districts to determine best fits and develop new, or expand existing, programs. “You have to look at workforce needs. Two-thirds of the electricians working today were born before 1960.” (Tomas Girona, the plumber in attendance, added that it’s the same situation in plumbing.)

Monument Mountain Regional High School was created 50 years ago as a comprehensive high school, meaning everything—college track courses and vocational track courses—were to be offered under one roof. Sean Flynn’s makeshift office speaks to the robust history of CVTE programming under that roof; it is the former electrical program classroom. (Local electrician Jim Obanhein is among its alumni.) The program was closed in the 1990s.

“It’s been a fight to maintain vocational programs with the push for college for all.” That college-or-bust attitude—which started decades ago in the U.S. and was promoted, implicitly and explicitly, at all levels of government and in society as a whole—along with school choice and the closing down of the South Berkshire Educational Collaborative, killed the viability of collaborative allied health or culinary programs, among others, or of sending students to Lee High School’s house-building program. The Lee program also went defunct, and has been similarly revived.

Added Flynn: “There were opportunities for students that disappeared over time. So where do we go from here, taking into consideration the nature of our economy? This is the time to do this work.” The likelihood of reviving an electrical course of study at Monument is, however, not high. “In such a small school, we can’t offer everything.”

Edmonds referred to the Massachusetts School Building Authority, the agency that turned down BHRSD’s latest application for assistance with paying for a high school renovation. “If you want them to fund your project 40 to 60 percent, you need to show them that your programs are thriving and viable.” (Another letter to the MSBA is due in April, which, said Dillon, is good, because: “We have more time to articulate our vision. The curriculum redesign can inform the physical redesign.”)

In an interview, Flynn laid out his work thus far and going forward in a five-step process. Step 1: Check out best practices in exemplary programs across the state. Worcester Tech, for instance, is highly regarded. “It went from being one of most underperforming schools to, now, one of its most highly regarded.”(McCann Tech in North Adams also does an excellent job, Flynn added.) Step 2: Examine the school’s strengths and weaknesses vis a vis CVTE courses. “What can we build off of that’s here, involving the wealth of invested educators in our building and how do we fit a robust CVTE program into a comprehensive high school?” Step 3: Involve community partners. Step 4: Meet with the state to get a clear understanding of expectations and what resources are available. To that end, “Dave Edmonds has been super helpful.” Step 5 will be a year or so long planning process, so that “this time next year, when we talk about policy and course changes, there will be a clearly laid out program.”

Any new initiatives will build on the school’s strong pre-existing relationships with businesses and nonprofits, fostered in part through its longstanding internship program, which sends dozens of students into the community each year for a portion of the school day. BCC and Monument enjoy a dual-enrollment partnership and an articulation agreement, through which students earn college credit for their high school early-education class. (Flynn also sees opportunity to expand on that program, which he called, “the best in the state, in my opinion.”)

RSYP’s group apprenticeships have been around more than a decade. Most local restaurateurs have, by now, collaborated on the culinary arts program, with the Red Lion Inn at its center. Various salons participate in cosmetology, and this year, among other options, there’s lifeguarding at Berkshire South Regional Community Center and ceramics with local potter Lorimer Burns. The eight-week courses are not meant to lock teens onto a particular track so much as expand their horizons. “You try to imagine yourself in a future that’s successful doing something you love in the community you grew up in,” said executive director Ananda Timpane.

Part of the work going forward with expanding and integrating CVTE options, perhaps the biggest part, said Flynn, will be to help make them more appealing to, and understood by, the public. “The big lift is orienting people to what it means to have vocational programs. These are not a fallback; they’re not for kids who are not good at school. CVTE does not preclude you from anything. We are preparing students to be college-, career- and life-ready, though I’d like to change ‘college’ to ‘post-secondary.’” (The national six-year college graduation rate is about 57 percent, with rates as much as 30 points lower for less selective colleges and more than 30 points higher in more selective schools.)

Flynn says there will be ample opportunity over the next year for community members to make their voices heard and learn how they can support the high school’s work.

At last week’s school committee meeting, where Flynn also shared his progress, said Dillon: “People were blown away. Someone said to Sean, ‘I can’t believe you’ve been working on this for only five months; it seems like five years.’”

The next General Advisory Board meeting will include dinner, and will be Wednesday, March 20, at the high school. Those who are interested in hearing more about Monument’s plans should contact Sean Flynn at sean.flynn@bhrsd.org.