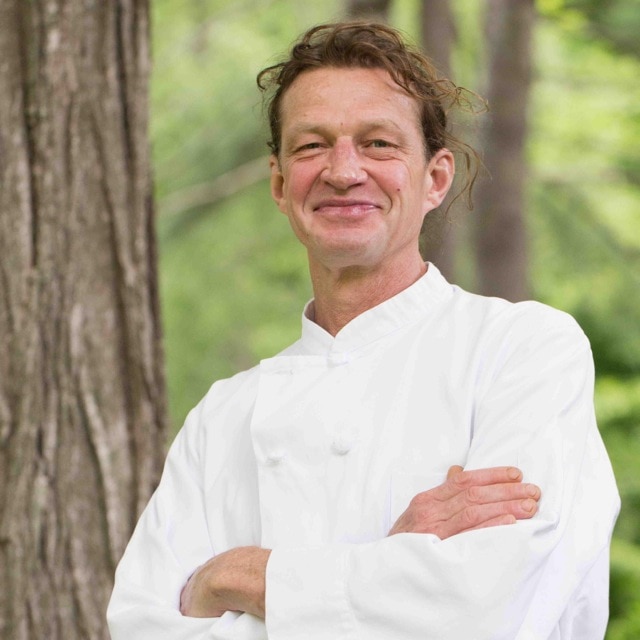 Egremont — Well before the “buy local” mantra hit the Berkshires, Dan Smith, chef-owner of the John Andrews restaurant in Egremont, was doing just that. Situated near Indian Line Farm, the country’s first CSA (community supported agriculture) begun by the late Robin Van En, John Andrews has been where you can always count on savory dishes featuring local food. 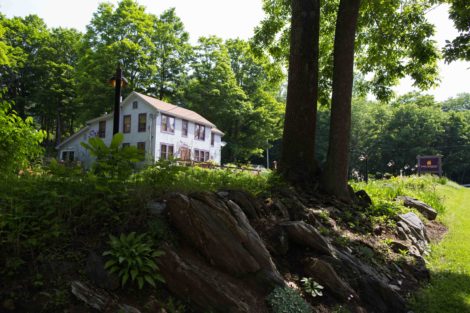 Dan Smith, one of those tall, strong, silent types, opened John Andrews in 1990. He quickly formed a bond with Indian Line Farm, even employing Robin Van En’s son at his restaurant. And since Elizabeth Keen and Al Thorpe have taken over the farm, he remains a steady customer. 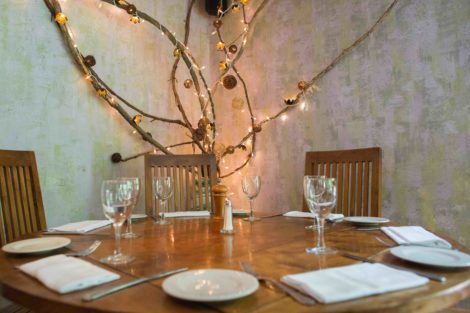 Today, he features food from all of the usual suspects: Martin and Christa Stosiek at Markristo Farm in Hillsdale, N.Y., Susan Sellew at Rawson Brook Farm in Monterey, High Lawn Farm in Lee, Highland Farm in Germantown, N.Y., Equinox Farm in Sheffield, and lamb from Lila Berle.

The full name of Smith’s restaurant is “John Andrews, a farmhouse restaurant.” Thus it is not surprising that each week Smith presents a special menu highlighting the bounty of a local farm. Recently the menu featured Susan Sellew’s Rawson Brook Farm goat cheese. “They’re on the verge of ceasing to produce until spring,” he says, so he wanted to make use of the chèvre while it was still fresh.

If you had gone to John Andrews the week of December 7 through 11, you could have ordered from his “Featured Farm Prix Fixe Menu,” where every dish contained Rawson Brook chèvre. You would have started with either shredded kale beluga lentils, lemon, chèvre, pepitas, and apples or house smoked trout, radishes, pickled shallots, chèvre and mesclun. Either one would have been followed by one of two entrees — grilled trout, crispy polenta, chèvre spinach and sage brown butter or crisp duck confit, creamy chèvre polenta, and Brussels sprouts. Even dessert had Sellew’s goat cheese: chèvre fritters, vanilla ice cream, and Berkshire Wildflower Honey. Who knew chèvre could be used in so many ways? 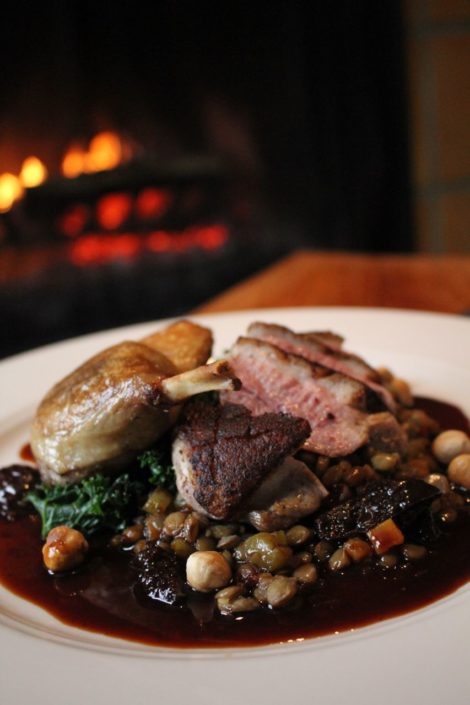 John Andrews’ regular menu also names the farms where the food has been grown. There’s even a permanent entrée – Cut of the Day – from Lila Berle’s farm.

Egremont is a long way from Villisca, Iowa, where Smith grew up. According to Wikipedia, Villisca is best known for two grisly axe murders that occurred in 1912. But not to worry.

Smith spent a few years at Iowa State University, the state’s agricultural school, and then switched to business classes. Before long he was working at restaurants in Naples, Florida, where he met and married his first wife who was responsible for their move to the Berkshires. She was from Canaan, Conn., and that’s where they ended up for a bit. Smith worked at the now-shuttered Ragamont Inn in Salisbury. While cooking there, he became a friend of the people who owned Sebastians, a traditional Italian restaurant in Egremont. They were looking for a chef, so he went to work there and within six months had bought the place we now know as John Andrews.

For the last ten years, Smith has been an integral part of the Railroad Street Youth Project’s effort to help teenagers learn their way around a professional kitchen. Smith and The Red Lion Inn’s Brian Alberg began their work with the teenagers back when Pearl’s was still at the top of Railroad Street in Great Barrington. The two chefs oversaw dinners cooked by the teenagers. Within several years, these dinners morphed into a series of classes for interested teens who now meet at The Red Lion Inn on Mondays after school. 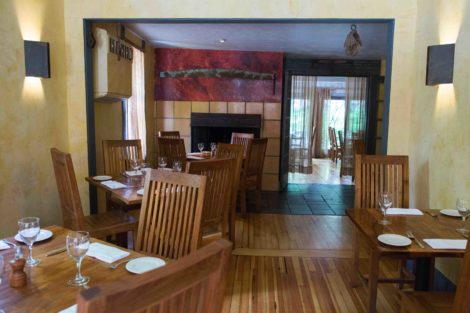 In addition to the cooking classes, Smith participates in many charitable events. He appears annually at the Berkshire Grown and Construct Inc. dinners. He donates gift certificates to many schools. And he is a regular contributor to Egremont fund raisers.

Dan is a member of the James Beard House in Manhattan, and cooks there annually as part of a group of like-minded chefs cooking the “Berkshire Cure-All” which Chef Brian Alberg curates and produces each year. This will be happening again in November of next year. And on April 28, 2015 Dan will be presenting his first solo dinner at the Beard House where he will share his culinary skills to guests in New York City.

John Andrews will be closed the night he cooks at the Beard House so he can bring the core of his staff with him. He also is a member of the Boston Chef’s Collaborative.

On a recent evening, I so thoroughly enjoyed a ginger soda at John Andrews that I asked for the recipe. Eric, the genial bar manager, handwrote it for me, for which I’m very grateful. So grateful that I’ll close by sharing it with you.

Finish off with 1 teaspoon citric acid.