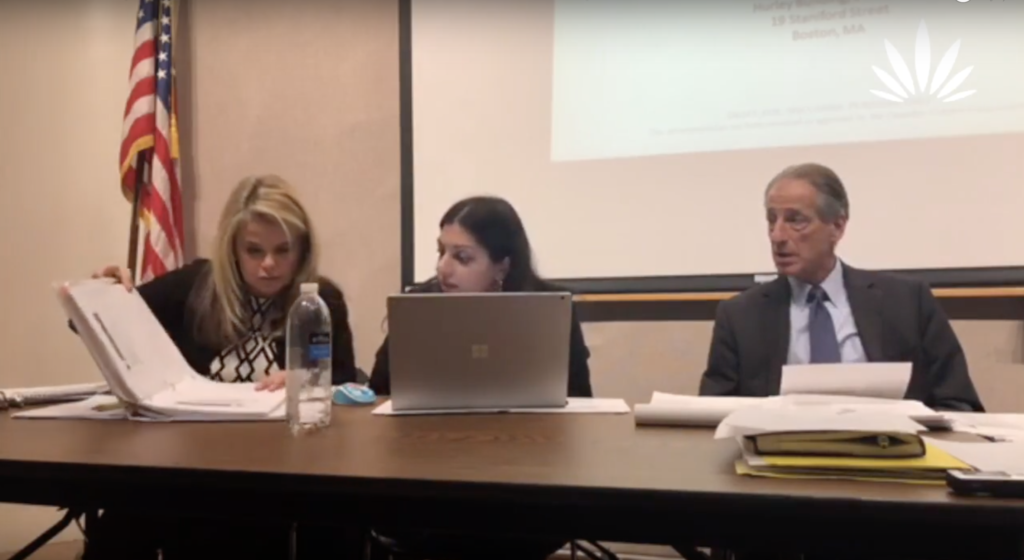 Steven Hoffman, right, the chairman of the Cannabis Control Commission, deliberates on regulations with other members of the commission in 2017. Image courtesy Cannabis Society via YouTube

Sheffield — A company that received a green light this year to begin growing marijuana commercially in Sheffield has had its license suspended because of the alleged criminal activity by one of its partners.

The Cannabis Control Commission, which regulates and licenses the cultivation and retail sales of marijuana and related products, suspended the license of BCWC LLC, which does business as Nova Farms.

In a news release posted Monday, the CCC says it has suspended all six licenses held by Nova Farms, including indoor and outdoor grow licenses at the company’s farm in Sheffield, as well as licenses for cultivation, manufacturing and retail sales at Nova’s facility in Attleboro. 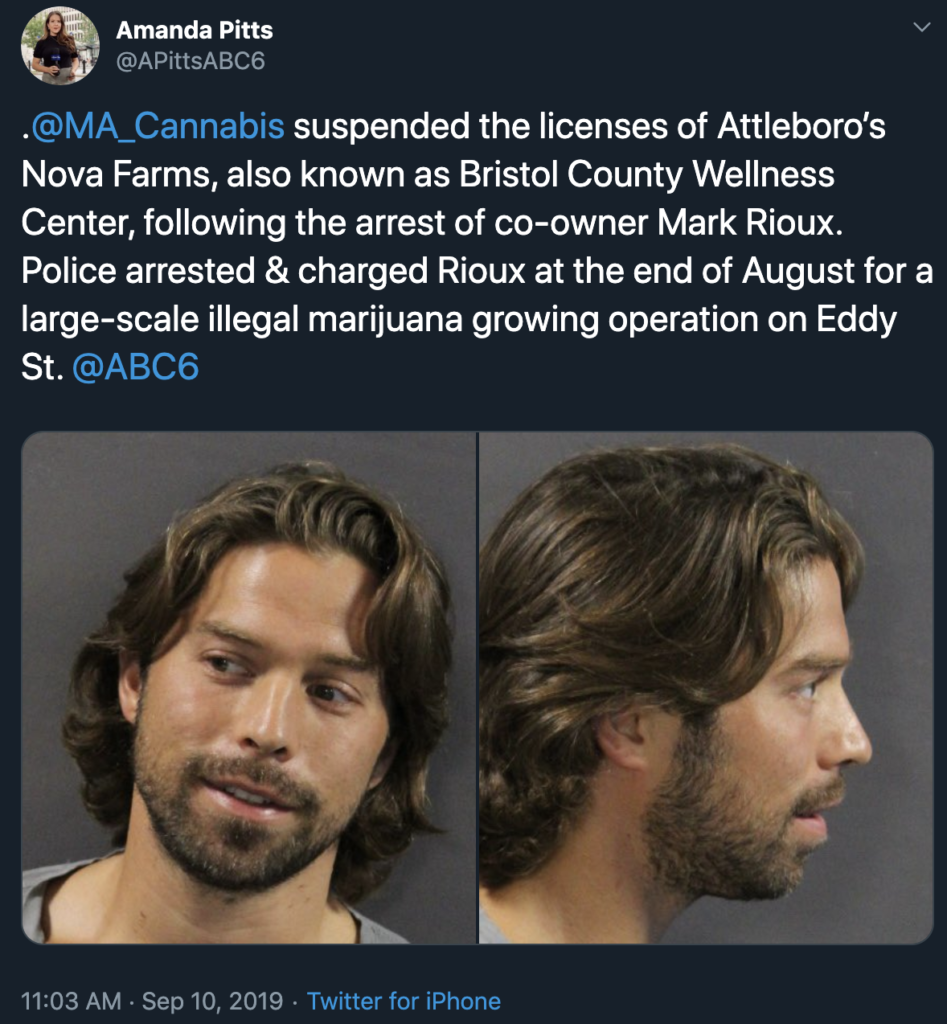 A tweet published by ABC6 shows photos of the accused, Mark Rioux.

Last week, the commission learned of pending criminal charges against Mark Rioux, one of the owners and partners in Nova. Rioux, 36, of North Attleboro, pleaded not guilty Aug. 29 in Attleboro District Court to conspiracy to violate narcotics laws to traffic in marijuana, according to the Sun Chronicle newspaper in Attleboro.

One day earlier, Rioux had been arrested by Attleboro police in connection with a raid conducted in July when police seized 143 marijuana plants growing illegally inside a building. Arrested in that raid was Marshall Muir, 39, of Warwick, Rhode Island.

In August, the Attleboro Police Department conducted a forensic search of Muir’s cellphone and identified text communications between Muir and Rioux indicating Rioux’s efforts to scout a warehouse location for Muir to set up an illicit marijuana grow operation, the CCC said.

Police said the messages were sent between June and August of 2018 and allegedly include discussions about using additional locations for future use “as part of an on-going, expanding operation,” the Sun Chronicle reported.

Together with its finding that Rioux maintains ownership and control over six Nova Farms licenses, the commission determined Rioux’s alleged conspiracy to evade licensing laws and violate the state’s drug laws “establishes an immediate threat to public health, safety, and welfare,” the CCC said.

As a registered Marijuana Establishment Agent, Rioux had previously provided the commission a signed statement that he would not engage in the diversion of marijuana and marijuana products. Nova Farms surrendered Rioux’s MEA registration cards last week, according to the CCC.

Along with the summary suspension order, the CCC says it has ordered Nova Farms “to immediately quarantine and secure all marijuana and marijuana products at any stage of cultivation and production, comply with inspections, requests for information, and requests for documents and interviews, and to post the Commission’s notice conspicuously at each affected location.” The CCC added that Nova has 14 days to ask for a hearing with the agency. 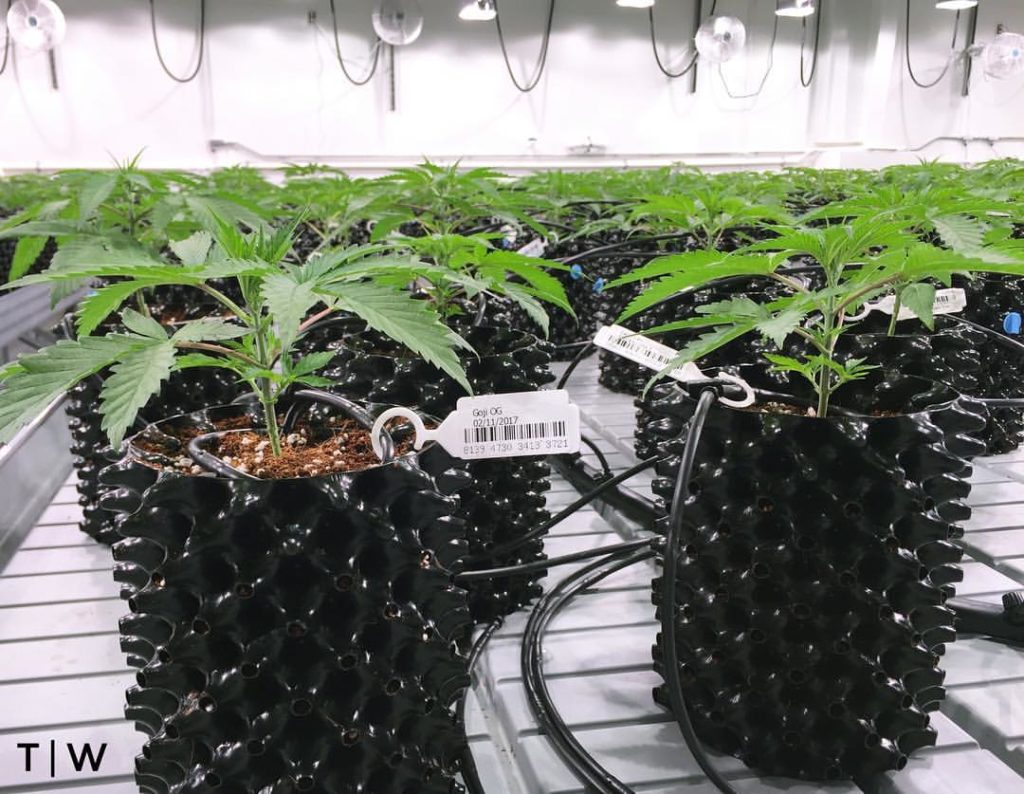 Medical marijuana being grown hydroponically by Theory Wellness at a facility in Bridgewater, Mass.

Nova CEO and President Derek Ross, told The Edge in a text message Wednesday afternoon: “We requested a hearing and have been on standby since Monday. That’s all I can say at the moment. I look forward to speaking with you once we know more.”

Ross told State House News Service earlier this week: “We’re waiting to hear back from the state. We have 3,200 plants in the ground that need maintenance, they need work. … This is all new to us. It’s new to the state as well. We’re just waiting for the hearing.”

Nova announced in May that it had received its final license from the CCC to “cultivate outdoor, sun-grown marijuana” at a farm it had purchased on Kellogg Road in Sheffield. Click here to read the CCC’s recommendation on the license.

At that time, Ross said the CCC’s decision made Nova Farms the first-ever legal outdoor grow facility “on the East Coast and the largest with 80,000 square feet of cannabis canopy” that “boasts some of the richest soil in all of Massachusetts.”

After the approval of the license, Ross also told The Edge that Nova planned to continue farming products other than cannabis on the 81-acre property at 136 Kellogg Road. A portion of the property had been farmed by neighbors in the community, a practice Ross said he wanted to continue. In addition, he plans to bring in Highland cattle and will keep bees on the property to manufacture cannabis-infused honey. 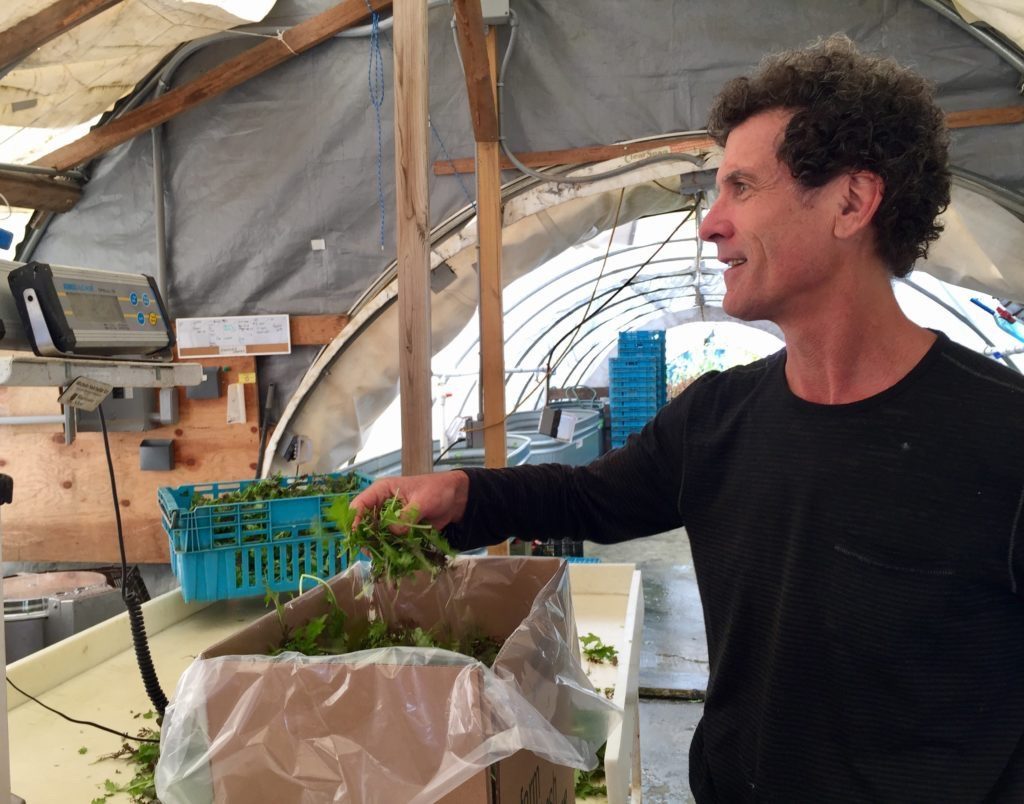 Nova is the second grower in Sheffield to receive the go-ahead from the CCC. Earlier this year, organic farmer Ted Dobson received approval to grow as part of a partnership with Theory Wellness, the first recreational cannabis store to open in Berkshire County, after opening as a medical marijuana dispensary in 2017.

Spokespersons from the CCC had not returned messages by publication time. The commission did say that Nova Farms’ failure to comply with the conditions outlined in its order “may result in further administrative action including issuance of a monetary fine and revocation of licensure.”

The cultivation, sale and use of recreational cannabis-related products was legalized in Massachusetts through a 2016 ballot initiative. The measure passed by almost 7.5 percentage points statewide and by almost 30 points in Great Barrington and by almost 24 points in Sheffield. Implementation of the new law was left to the hastily created state CCC. Preceding that law, medical marijuana was legalized in Massachusetts in 2012 through the same process.

— Albert Einstein
Read next: The Self-Taught Gardener: Friends for life