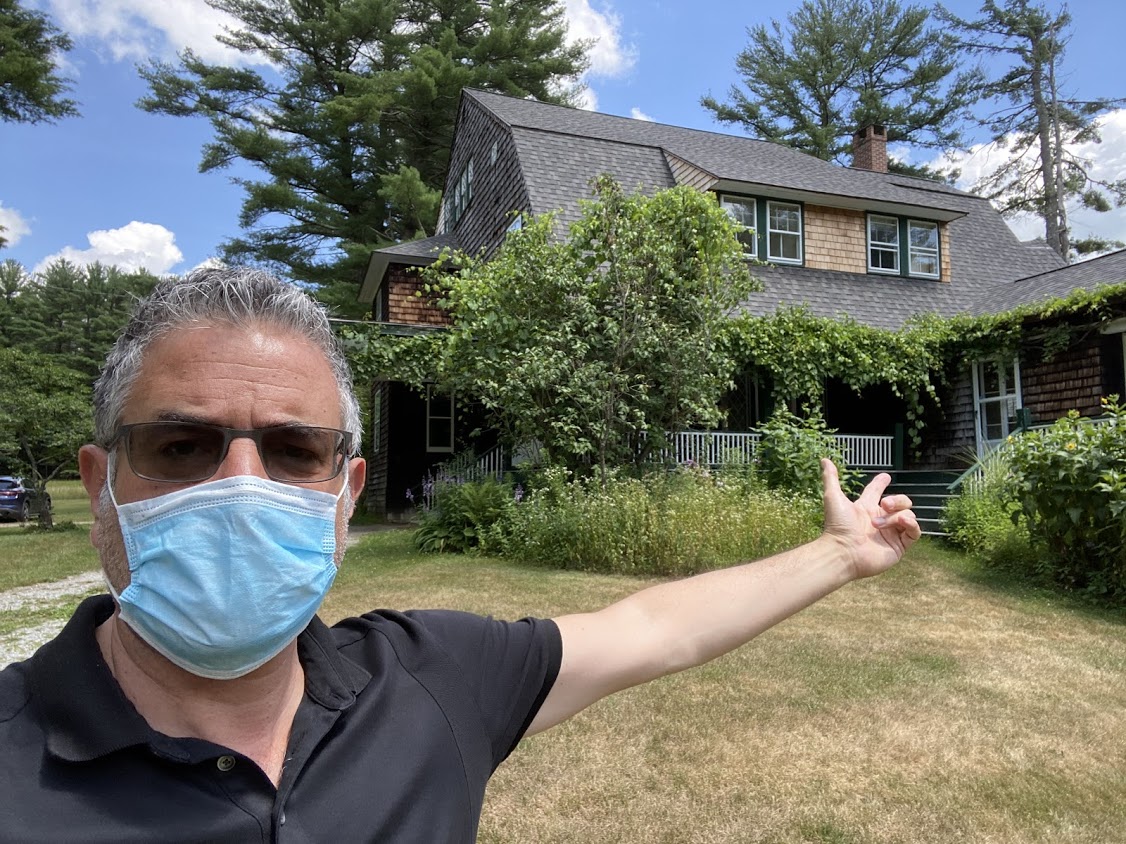 Berkshire County — Looking for a place in the Berkshires? Apparently, so is everyone.

In fact, there are so many prospective buyers seeking property in Berkshire County that many agents have stated that they can’t keep up with the work.

Although real estate was considered an “essential” business by the state, early on into Gov. Charlie Baker’s stay-at-home advisory, many buyers and sellers exercised extreme caution. The only transactions that were taking place in March and April were those that were deemed “urgent,” said Sandra Carroll, CEO of Berkshire County Board of Realtors Inc. But the market has certainly rebounded as more businesses began to open up, she added.

“Demand is through the roof,” said Carroll.

As people felt more comfortable and safe enough, the floodgates opened and they ventured out, said Barney Stein of Lance Vermeulen Real Estate in Great Barrington.

“There’s a frenzy,” said Stein. “If good listings come on [to the market], and they last for an entire week, it’s pretty rare. We as Realtors will set up a tour for buyers and discover, on more occasions than not, that the property is under contract.

“I’m not even exaggerating … We’ve been swamped. This is just unprecedented.”

Sales volume for the county in June was $43 million, a 14.1% climb from the previous year at $37.7 million, according to the June 2020 Market Watch Berkshire County Real Estate Report.

While Stein characterized many buyers as those seeking a particular move-in-ready, “updated look” to bathrooms and kitchens, complete with marble countertops, grey cabinets and high-end fixtures, there’s also a certain level of “anything that works” motivating buyers.

“At the same time, it doesn’t necessarily have to have that look; people are buying things that have sat on the market for years unsold,” he said. “People are just scrambling to get a place here … They just want a place that’s out of the city.”

People are making decisions much quicker than they normally would, according to Doug Goudey, president of Great Barrington-based Wheeler & Taylor Real Estate. As such, buyers are speeding up the entire process. Traditionally, buyers view a home, take time to think about it and then react, but that response time has gotten a lot shorter, said Goudey.

“I think some people are coming from a place of fear and it may force them to make decisions in a faster timeframe than they normally would,” he said.

As a result, that quick turnaround has had an effect on several of the other players in the home-buying/home-selling process, including delays to home inspections and appraisals.

“All of the support services are a little stressed out … we’re all a little fever-pitched at this point,” said Goudey.

In a handful of cases, Stein said that fear has led to buyers scooping up properties at such a quick pace that, once the property had been inspected, they realized what they’d purchased and ended up re-listing the property for sale.

Another common criterion for buyers has been the proximity to Great Barrington, noted Stein. But that too has become flexible during this pandemic.

“Property located in the ‘boonies’ are selling more than they would have now. Properties in Becket, Otis and Sandisfield are typically slower to sell,” he said. Or they’re just paying more. Take this one place in Sandisfield, for example. It just sold for $100,000 more than it would have a few months ago.”

As such, Stein said that it should be noted that these buyers aren’t those who are experiencing fall-out challenges as a result of COVID-19.

“These buyers are folks that have the money to snag a place,” he said.

At the same time, many of the Berkshire buyers are not unfamiliar with the area. Some have vacationed here in the past or have escaped the city during the onset of COVID-19 to a rental property or second home, and have been maintaining school and/or work there. A statement that Stein has heard many times is “We’ve been thinking about this for a long time and COVID has made us think that now is the time.”

While COVID-19 may be the driving factor for the spike in sales, there are several other factors at play. In addition to the influx of city dwellers currently residing in New York, Boston and Connecticut looking for a more rural lifestyle, Carroll said that the Berkshires have historically low interest rates and low inventory, creating this demand. One reason behind the low inventory is the fact that more people are staying put, she added.

Historically, southern Berkshire County has had more and higher-priced inventory than, say, the Pittsfield market, which is almost 100% driven by workforce housing, said Carroll.

“The state is down by roughly 13% in sales. Even if every single property was sold, there still wouldn’t be an increase to (state’s real estate sales numbers),” said Carroll. “With just under two months of inventory statewide, there’s just not enough housing to go around. And that could have an effect in the long term.”

The future of real estate

The real estate market appears to march into July in much of the same frenzy that was recorded in June. Moving forward, Goudey said he believes that once the pandemic is more under control, it should return to a more traditional marketplace.

In the coordination of sales, technology has been especially beneficial, said Anthony Caropreso of MacCaro Real Estate in Lee. COVID-19 has pushed the marketplace further into a future that includes more remote viewing of properties and engaging in meetings through video conferencing software like Zoom. One aspect that could be conducted quite differently in the future as a carryover of the pandemic is closing procedures.

“E-signing has been more prevalent,” said Caropreso. “Closings have really changed. Even a year ago, everyone would be sitting at the closing table. Now, buyers go in ahead of time. Sellers come in later and sign. I imagine they’ll continue to be handled the same way in the future.”