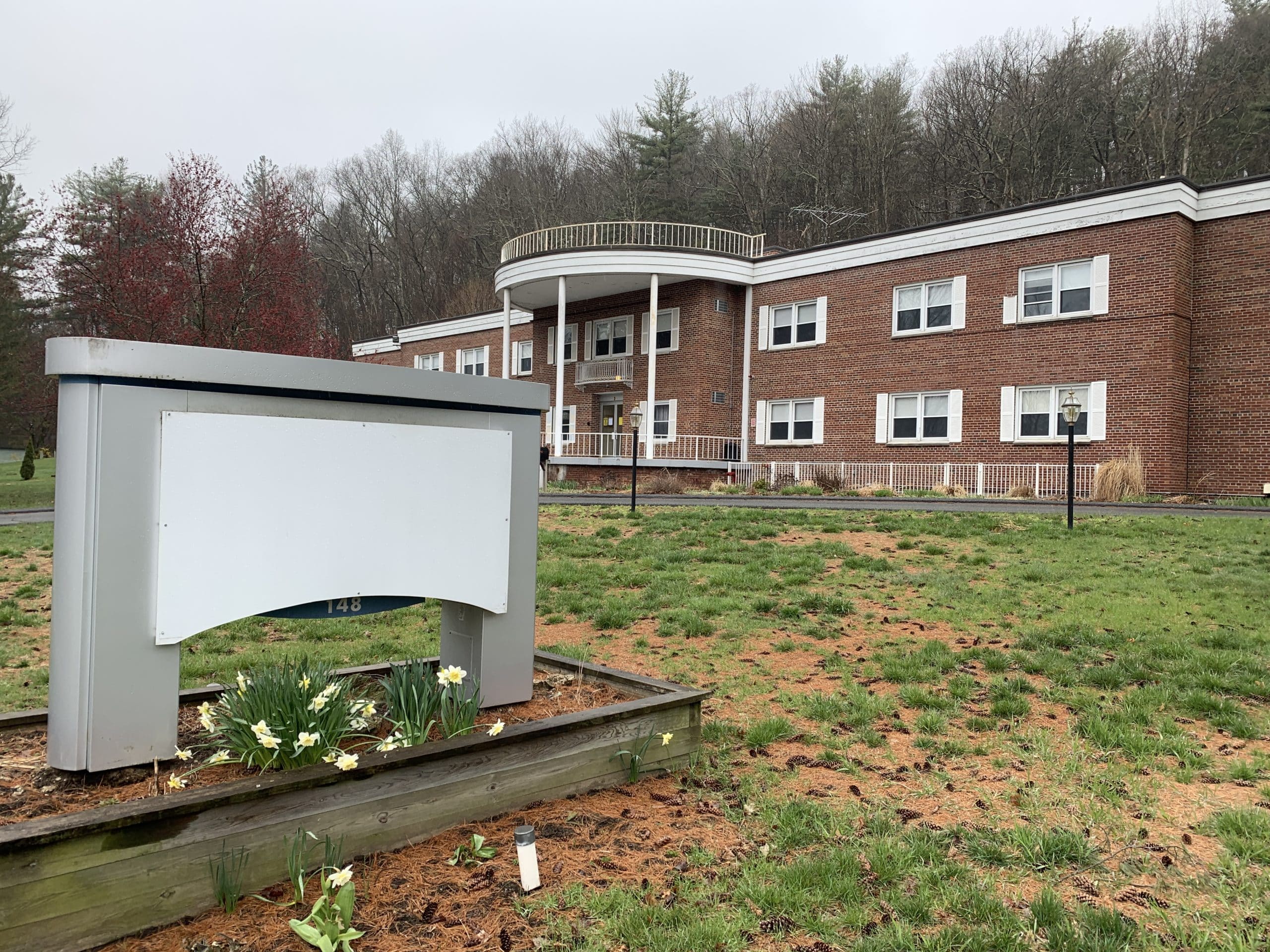 The former Great Barrington Healthcare facility on Maple Avenue was acquired late last year by the Connecticut-based Bear Mountain Healthcare and will be converted to a recovery center for COVID-19 patients. Photo: Terry Cowgill

Town health agent Rebecca Jurczyk has confirmed that the facility at 148 Maple Ave., previously owned by Timberlyn Heights Rehabilitation and Care Center (formerly Kindred Nursing & Rehabilitation), is going to re-open as a “completely positive” COVID-19 facility. The facility, which was closed in mid-March, has already been accepting patient referrals and will open with 10 patients.

Jurczyk referred further inquiries to Bear Mountain Healthcare, which acquired the facility late last year and is based in Thomaston, Connecticut. Bear Mountain’s corporate director of infection control, Jami Novo, told The Edge the former nursing home has 50 beds but that Bear Mountain does not plan to fill all them immediately.

“It’s always smartest to take a certain number of patients and assess your processes, make adjustments and then take more,” Novo said in an interview.

Novo said the new facility will be a “recovery unit” and described the kinds of patients who will be admitted as those who “need 24-hour care but don’t have to be in a hospital environment.” The necessity for these recovery units occurred because of high volumes of coronavirus patients who need critical and intensive care in hospitals.

“Hospitals need to focus on the critically ill, leaving them with few resources for mid-level residents who still need 24-hour nursing care,” Novo explained. “It has changed the paradigm a little.”

The purpose of a COVID-19 recovery center is to provide treatment for the patient “through the period of time that they became negative and recovered,” Novo explained.

Novo acknowledged that there is a “fear factor” about these kinds of installations but insisted the facility poses no threat of infection to the greater community. Staff are well-trained and have the equipment they need to care for the COVID-19 patients.

Staff members all follow company-wide policies and procedures. Bear Mountain follows the guidelines of the U.S. Centers for Diseases and Control, which are changed and updated regularly.

All staff members have personal protective equipment that they will use when in the building. When they leave the building, they will take their protective coats and other equipment off and are “not simply going back out and getting into their cars after their shifts,” Novo said.

“We protect them at work so that they are leaving work safely,” explained Novo, herself an infectious disease nurse. “It’s probably safer to stand next to one of our employees than standing next to someone at Walmart.”

The state Department of Public Health had initially eyed Fairview Commons, a long-term care facility on Christian Hill Road, as a recovery center, but that building is still being used as a nursing home and, after all patients were tested, five came back positive for the virus. The plan has since been scuttled. As of April 17, six residents had tested positive, Fairview Commons announced on its website.

The move toward recovery facilities is part of a broader plan by the administration of Gov. Charlie Baker to convert skilled nursing facilities into treatment centers for COVID-19 patients. The goal is to take the pressure off of nearby hospitals.

“These measures are being taken to ensure capacity at acute care hospitals to address the anticipated surge in demand in coming weeks,” Marylou Sudders, the state secretary of health and human services, wrote in a letter to skilled nursing facilities last month. “We understand this is not an easy thing to ask residents, families and nursing facilities to do.”

Coronavirus cases were expected to peak this week in Massachusetts. As of Wednesday, April 22, there were 404 confirmed cases in Berkshire County and almost 43,000 statewide.

See graphic below, courtesy of the state Department of Public Health:

Of the new recovery center in Great Barrington, Jurczyk told The Edge, “From the Health Department’s perspective, I am really glad this type of facility will be available in our community to help ease the burden on nursing homes and long term care facilities.”