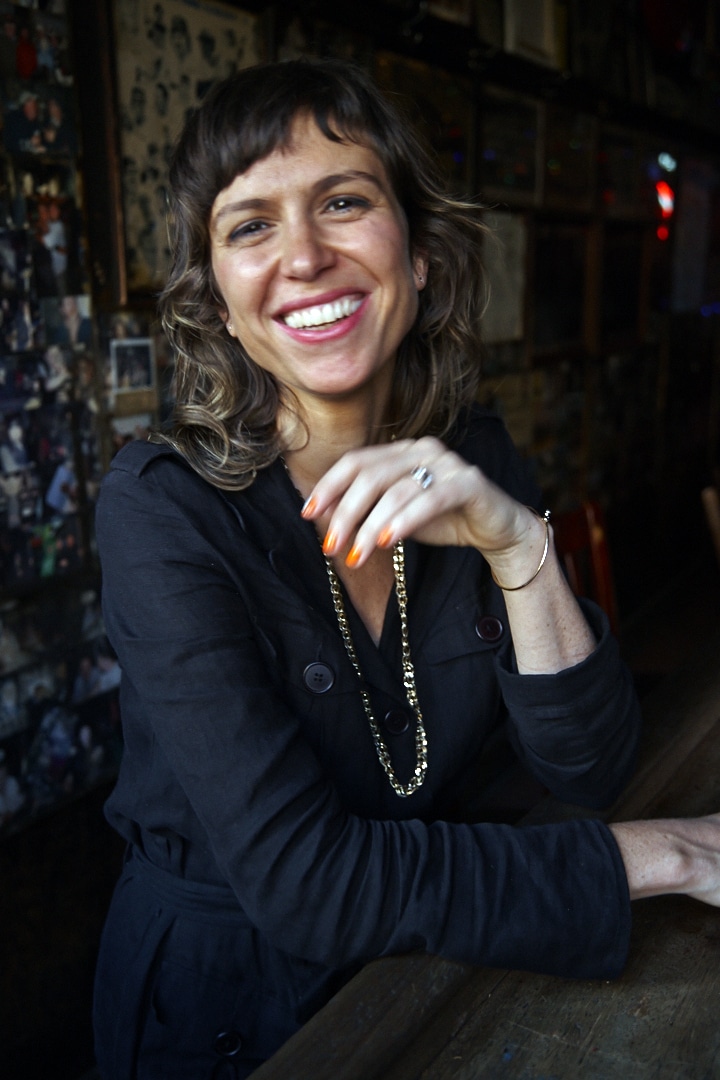 Norfolk, Conn. — Today is “pub day” for author Courtney Maum, and her newest book is one aimed at helping aspiring writers reach this auspicious moment for themselves — seriously. “Before and After the Book Deal: A Writer’s Guide to Finishing, Publishing, Promoting and Surviving Your First Book” (Catapult), is an insider’s guide on how to navigate the path toward publication — one often perceived as treacherous. For all intents and purposes, publishing a book is a bit like dying: You can’t conceive of what it’s like until you experience the process for yourself. Thankfully, in this case, Maum has been through the process a handful of times and emerges on the other side to share what she has gleaned along the way.

Maum calls on more than 150 experts in their respective fields — from agents and authors to editors and publishers — who reveal everything one might want to know about publishing but was afraid to ask. Kirkus Reviews calls Maum’s book: “A sensible and brightly encouraging guide to publishing [in which] Maum covers just about everything a first-time author needs to know . . .  A valuable companion for aspiring writers.” Publishers Weekly lauds: “This witty, quirky guide to writing books as a profession [one that] manages to be both funny and informative. Loaded with anecdotes and advice from [Maum’s] own career and from writer friends and acquaintances of hers, it provides a comprehensive guide to writing and selling books . . . Maum’s book should prove invaluable to new writers seeking advice and support in navigating their first publication.” 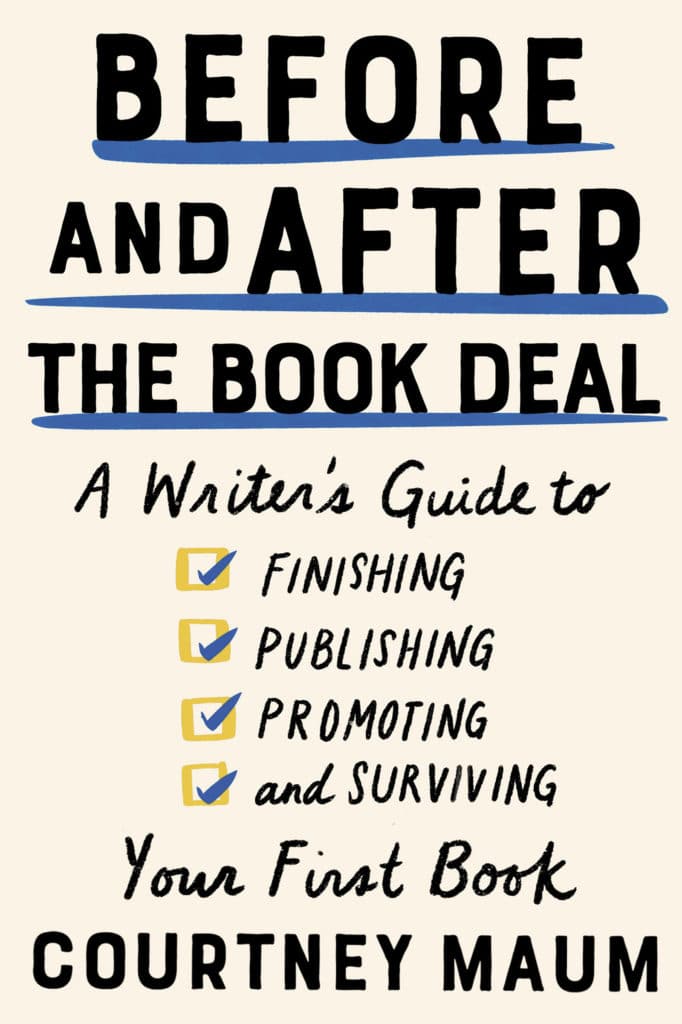 The author, formerly of Sandisfield, Massachusetts, has a trio of books under her belt in genres that run the gamut. I caught up with Maum on what looked to be an ordinary day before she embarks on an ambitious book tour, and she shared with me some highlights from the complicated process about which she writes. I, for one, will be buying this book today; if you’ve got a book in the works, or know someone who does, I’d suggest you follow suit. It is available locally at the Bookloft in Great Barrington and Oblong Books in Millerton, New York; for those who prefer to order online, but do not want to use Amazon.com, you can order it through IndieBound and it will be shipped to the independent bookseller of your choice or from the one closest to you.

Hannah Van Sickle: This seems to be a common theme: writers stumbling in the dark through territory thousands of writers before them have traversed. Historically, why has the process been such an enigma?
Courtney Maum: I can only speak to the age in which I am writing and publishing, which is the social media era. Something that’s happening, that I’m sure was happening before but we just weren’t exposed to it, is that published authors are encouraged to propagate this attitude of #grateful all the time. Being published is a privilege: someone has chosen your work among many, many, many manuscripts . . . and decided to publish it . . . you got an agent out of the millions of people looking for agents. It is a privilege, so we’re supposed to act accordingly. The problem is most writers’ idea of success is to get a book deal, and we’re told how to do that. But nobody talks about what happens afterwards, because that’s where the privilege comes in: Once you have the book deal, you’re supposed to keep your head down, not complain about anything and write your next book. But no one [divulges] you might be trying to work on your next book amidst the fact that your book did terribly, or your book had awful reviews. There is so much doubt, there is so much competition, there is so much pressure. And when looking at an author’s social media feeds, for the most part — there are some candid people out there — you’re seeing well-attended events and authors at festivals in far-flung destinations. It seems like, ‘Gosh, apparently this is like a really easy, pleasurable ride for everyone else: What’s wrong with me?’ You feel completely alone, but you’re not; it’s just that people are not voicing these ugly or unsightly emotions — they’ve been socialized not to. That was sort of my aim with this book, to say, hey, we’re all feeling this way, we all get that this is a privilege, but that does not take away from the validity of our fear and doubt. It’s really hard what authors are trying to do.

HVS: Can you distill your impetus to write this book down to a single factor?
CM: When I went on my first book tour ever, for my first novel — and it wasn’t for the hardcover because I was a debut novelist and they didn’t know how it would perform — they ended up sending me on a real, nationwide tour for the paperback. They had invested a lot of money, I had a car service, and [I imagined] a line out the door — and there were like five people at the events just like there are at a lot of my things. I was mortified: I really thought, ‘OMG, it’s me; it’s my book; I must be such an embarrassment to my publisher.’ I called my agent and I told her, ‘There were only six people at my event last night, I only sold three books.’ And she was like, ‘Yeah, par for the course: That’s normal.’ While I was on that tour, I wrote a little essay, that ended up being published on Buzzfeed, about what the debut experience was really like. And that got quite a lot of affection from both industry professionals — editors were telling my editor, ‘No one has ever written that essay,’ — and emails and texts from other authors that were like, ‘Thank you for writing this, [what] none of us want to admit.’ I always thought it would be really cool to write an entire book, but I didn’t have the experience yet. When I finally wrote this book, I had two books behind me: one that had outperformed expectations, one that had underperformed expectations; I had more failed manuscripts than I had before, I had a deepened relationship with my agent; I was also working on a book that I was pretty sure would go to an indie press. I’d seen big money, no money; I felt like I couldn’t tell this entire story, but I could narrate it really well — act as the real estate agent guiding the story. 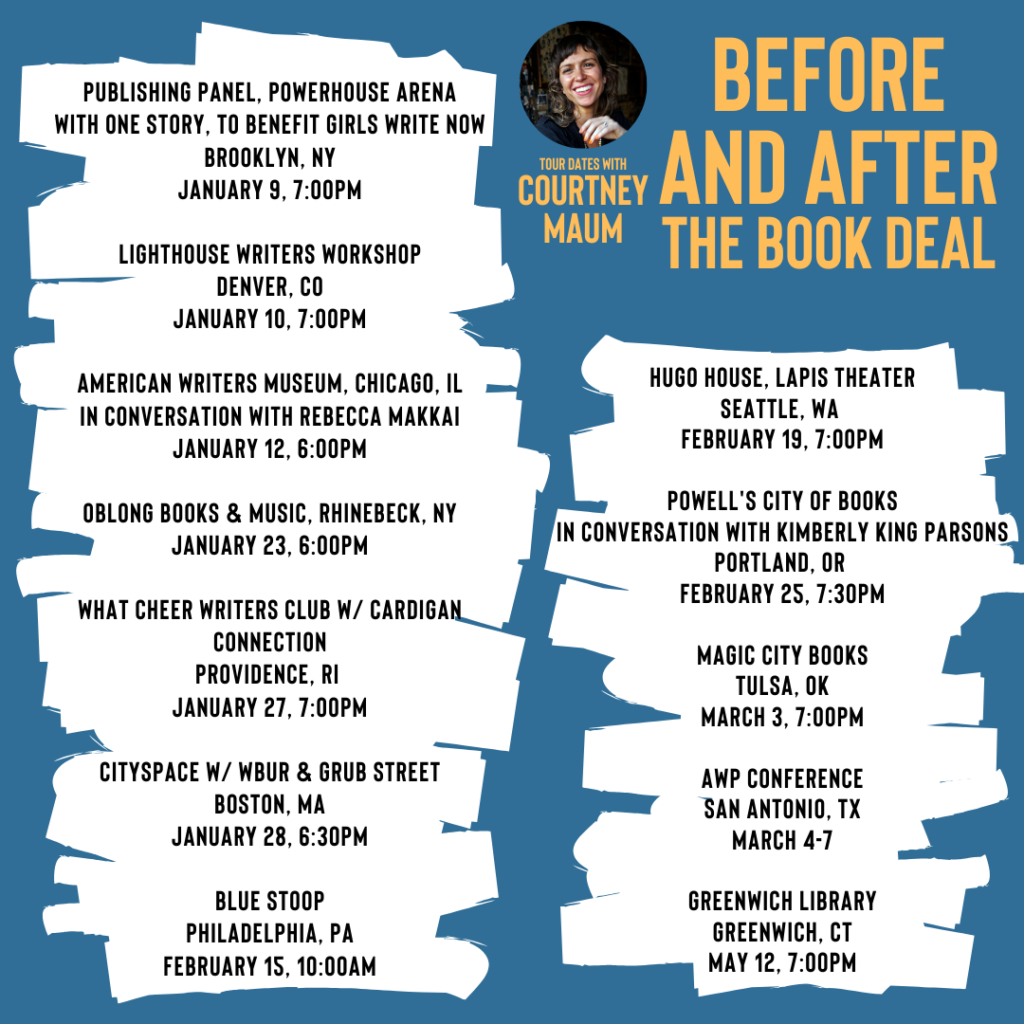 HVS: I am several drafts into a memoir of my own; at what point does it make sense to pick up your book?
CM: It’s a book for everyone — [even previously published authors] find it incredibly uplifting. The weird thing about being an author is for every book, the counter is turned back to zero. The good thing about this book is that it is organized into these subcategories, so if you are writing a memoir, I think you could pick it up now. There are some considerations — even legal considerations — that, as you go about compiling your material, could save you a lot of work down the road. So I think it’s helpful at any point in the trajectory, certainly for people who are just starting out and are either eager and excited to learn about the whole process or, really, I think it’s good for people who are a little bit disenchanted by the flog of trying to get a project done, get an agent, or they’ve [already] published a couple books and things aren’t taking off. I really tried to write a book that would inspire people to remain dedicated to their craft regardless of what is happening in terms of their project’s reception.

HVS: What is one of the most taboo topics in the industry?
CM: Money, money. The money section in this book blows people’s minds. Absolutely no one talks about money — advances, things like that. The book really breaks down — and this was some of the hardest information to get, because no one wanted to talk about it — the details. So you have a book coming out; how many copies is your publisher planning on printing? How many copies are they hoping that you’ll sell (vis-a-vis your advance)? How do you financially plan for life as a writer? What advance expectations can be: This is broken down into five different categories. These, I feel pretty confident, are questions and answers that are in no other book.

HVS: I noticed you are raising money for Girls Write Now; can you tell me about this organization and why it piqued your interest?
CM: Girls Write Now is an organization based in New York that pairs mentors from the writing and publishing community with mentees, all young women of color from underprivileged backgrounds. And the mentors help these young women either with specific projects — it might be working on an actual novel or essay collection — or build their persuasive writing skills and helping them develop executive functioning skills or career skills that will help them along the way. Part of their mission is to get more minorities into publishing, which has traditionally been a really white industry.

HVS: Is the second book any easier?
CM: No [laughter]. Nor is the third or the fourth. This is a question I can only answer for myself . . . I thought the second book was harder, personally. For most people I know or who I’ve spoken to, the second book is harder because of expectations. Either your book did well, and everyone [wants to see if you can do it again] or it was a fluke; or, your book didn’t do well and you have to write another book mired in a sea of disappointment and confusion. To be fair, what is easier is that, in theory, you hopefully have your same agent, hopefully you have your same editor — although it’s becoming pretty frequent that you don’t have your same editor for some reason or another. But you are higher up the ladder, and that can’t be denied. You’ve published something already, so, in theory, it’s easier to get press than it would have been when you had no book, it’s easier to get invited to festivals; so the likelihood of you being able to promote your book or get it published in places —that becomes easier. But the writing of it is harder.

Courtney Maum is the author of the novels “Costalegre” (a GOOP book club pick and one of Glamour Magazine’s top books of the decade),” I Am Having So Much Fun Here Without You” and “Touch” (a New York Times Editor’s Choice and NPR Best Book of the Year selection). Her writing has been widely published in such outlets as the New York Times, O, the Oprah Magazine, and Poets & Writers. She is the founder of the collaborative retreat program the Cabins (currently accepting applications), and she also runs a service called “The Query Doula” where she helps writers prepare their manuscripts and query letters for an agent’s eyes. You can sign up for her writing-advice newsletter, Maumalog, at courtneymaum.com.