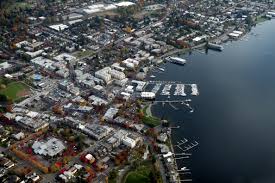 My cousin Robin, age 63, lives with her husband Ed, age 69, in a condominium in Kirkland, Washington, near the Life Care Center Nursing Home, the coronavirus epicenter where many of the first deaths from the disease took place. Robin and Ed are both retired teacher/administrators who still work part-time in the public school system. She has a lot to say:

“We self-quarantined starting March 7th. I haven’t left the house to take a walk or anything since Tuesday. I’m counting days. The last time I had exposure was about a week ago. This lady in the drugstore breathed on me. We were at a film festival the week of February 29th, and the person who runs it says no one has reported cases coming out of that festival. We were just doing handwashing back then. I do not personally know anyone who’s gotten sick, but because they’re not doing testing how would I know? I’ve rescheduled everything until at least the beginning of May, like my hair appointment, the dentist.

“Last week, we loaded up on staples, and we could survive a few weeks with what I’ve got in the freezer, but we’re out of produce. First Ed said he’d go to the store at 6 a.m., but we decided to order online instead, so we’re going tonight at seven to pick it all up. We’ll wear our gloves and spray and wipe down everything before it comes into the house. I hope washing down lettuce and apples will be enough. I think the stores are taking precautions. We have Safeway and Kroger and the Metropolitan market, but they’ve all been depleted. There is hoarding going on. We have a rowing machine in the house, so we use that, and exercises with bands, things like that.

“Workers are just being tested now, and the first responders haven’t even been tested, except the ones who are sick. These people are just walking around our community, hence we are the epicenter. It’s unbelievable. If you get a fever you’re supposed to call the hotline, but the hospital won’t take you, there’s no room. The only people in the hospital are on death’s door. It is mind boggling.

“There is no plan. I messaged a couple of my doctors about what to do if I get sick. Their answer is stay home. There is no testing. The president says there’s testing. Where? When?

“I have a 75-year-old friend who’s a cancer survivor, and she’s still going to the gym three times a week. I’m appalled, but I haven’t said anything.

“A lot of our restaurants have closed, but the report on the street is kids are hanging out at strip malls, which someone has to do something about. I like the governor [Democrat Jay Inslee], but he should have gotten on this a month ago.

“Everyone’s getting full pay for the six weeks the schools are closed. No new instruction and no new requirements are allowed. What teachers can do is post learning experiences online, and students can do work and you can give feedback, but you can’t give grades. Ed has to be available every day from 8 a.m. to noon for kids who need help and the afternoon is teacher planning and collaboration. They do video conferencing and collaboration. This system is supposed to start on Monday for six weeks. But the poor areas of the state can’t mandate this because not everyone has the technology, so it’s an equity issue.

“I have a former student from last year who’s taking AP Statistics [Robin’s area of expertise] and I’m tutoring him on FaceTime twice a week. Maybe my tutoring business will pick up.

“It’s just so scary, because of our age group, and because there is no plan, no testing, and the hospital might not take you.

“Here in Seattle we were sitting ducks, because they knew in that nursing home that it was Covid19 and nothing was done. They’ve known since early December. When they started doing airport screenings, in LA and Atlanta and other cities, Seattle was not on the initial screening list. Our flights are closer to Asia than any of the airports that were on the list. Whoever brought it to that nursing home came from China; they can’t possibly track it. The more you read, about all the warnings, and nothing was done, it boggles my mind. They are NOT screening people. A whole flight of people coming from Hong Kong two weeks ago was not screened.

“Our friends in other states just do not get it, they think I’m crazy. Our other friend here is still planning to go visit some of them in two weeks! I’ve put all my travel plans on hold. I would rather have people tell us we’re morons now and take precautions. If we have it, at least we’re not passing it onto other people.