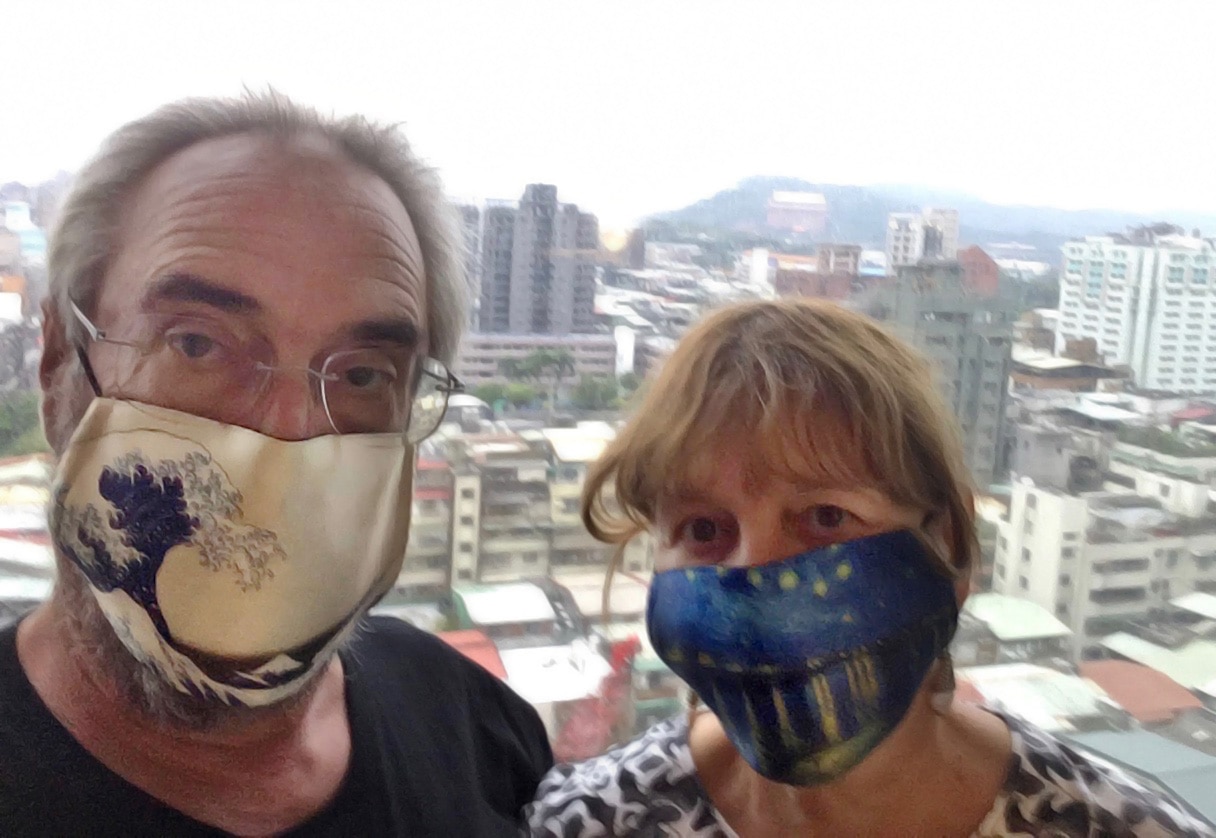 As the Grateful Dead so eloquently sang, “What a long, strange trip it’s been!”

We are ensconced pond-side, bleary from poor sleep jet-lag wise, but home at last. So begins our at-least 14-day self-quarantine — we’ve been through enough bad places in the past two days that it would be crazy to do anything else.

A sudden spike of CV in Taiwan (something like 25 new cases) brought instant response — the borders are largely closed to foreigners now, and the government is busy tracking down the vectors of the newly infected. In Taiwan surgical masks are universally available. Just before leaving Taipei, we bought a big box of disposable gloves and two large bottles of hand sanitizer, both easily available in shops within a block of our hotel. We wore our masks and gloves throughout the airport experiences and for the first 20 minutes on the planes (allowing the HEPA systems to cleanse the cabin air a few hundred times before removing them). We washed down all the surfaces around us with sanitizer and washed our phones after handling them with gloves. Wore gloves to the bathroom and disposed of them after each visit.

Our Taiwan to San Francisco flight was a bit crowded, but we were still relatively isolated, plus everyone was coming from the clean island like us. Also, almost everyone wore surgical masks throughout the trip – it’s what they do in Taiwan all the time anyway, and so did all the flight attendants.

All it took was a day back in America to see how hopeless avoiding an outbreak is here, given the money-making ethos of every business, the lax response by the government at every level (despite lots of talk) and the general idiocy of some of the people who live here.

Arriving at San Francisco airport, we breezed through re-entry, though standing in a lineup of returnees with no distancing whatsoever. The Immigration officer greeted us outside of the glass booth they usually sit in, with his mask dangling under his chin — a 2-foot distance from hundreds of people every hour. No disinfection, no baggage check, no dogs, no customs inspection: we might as well have been carrying 50 pounds of crack and a nuclear device.

Shuttle driver to the hotel handled our bags, and everyone else’s, without gloves (which we wore until we were inside our room.) No sanitizer in the hotel lobby.

Back at the SF airport, we saw that restaurants were generally takeout only, but you could sit inside if you wanted to drink alcohol — which several people were doing at 11 a.m. One guy took his grab-and-go and sat across a table from us and actually put his feet up on the table, dirty boots and all, staring at the weirdos with the masks. NOT ONE FUCKING RESTAURANT OR SHOP HAD A SANITIZING STATION. In Taiwan you could not walk 25 steps without seeing one available free. Every restaurant took your temperature before you entered, every museum and the subway required masks. Two hours waiting for our flight to Boston and we never saw a single person cleaning or wiping down anything. In the Taipei Metro, there was an army of cleaners endlessly wiping down the escalator and stair rails, the strap handles and seats in the cars, etc.

Happily our flight was totally empty — maybe 15 passengers. Again we wiped everything, did the glove and mask thing and passed the time watching movies. Logan was also stuck on lazy mode — we were un-approached the entire transit from plane to Uber. Our Uber driver was a young Indian guy from Waltham, who was clearly happy we were wearing masks, and he was armed with soap and water and hand sanitizer. Why are only immigrants sane here?

This country is fucked. 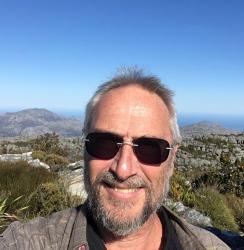